State of the Game Week 10

An update about upcoming difficulty tuning, quality of life improvements, and bug fixes. 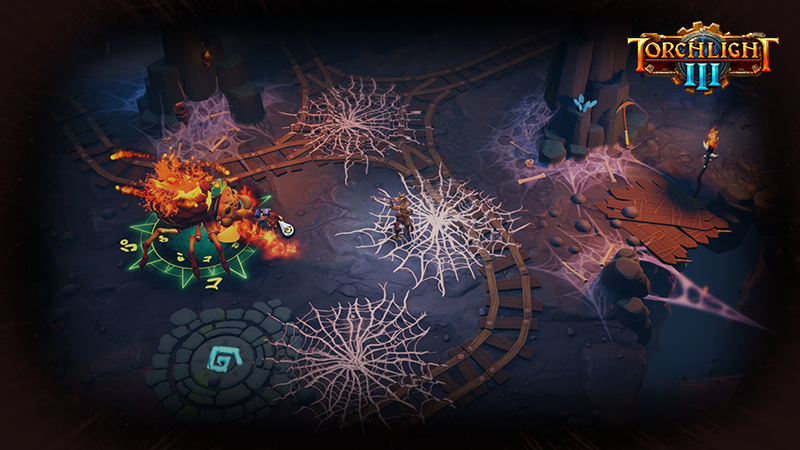 Wow! Last week’s update and news spawned a bunch of new activity, players, and feedback for the game! It’s been awesome to watch guides come out for all the various class combinations and seeing everyone play the game from start to finish with all of the content finally in the game.

We spent the week collecting and reviewing the feedback about the Relic Subclass update from all over our community. We know there were some pretty strong and valid opinions about some portions of the update, so we drilled into some of the larger concerns and have some updates for those below.

Why didn’t you add more skill points to the Relic Subclass update to let us use more skills or increase their power?

We received a lot of feedback regarding this topic and while we initially believed that the current amount of points would make for interesting choices and trade-offs when making builds, we received some fair criticism from players about wanting to feel more powerful or have fuller skill bars with more options/power.

Why does everything feel so hard now?

Adding more health to monsters at higher difficulty levels is necessary to push players to optimize damage dealing, but we went overboard last time and it did not get enough dedicated testing. Too much health leads to combat being a slog, which we do not want. We hope that these new values maintain the challenge we intend at each difficulty level without making damage-dealing tiresome.

Why did you make relic skills have passives that relate to a specific weapon? This feels too limiting...

These skills were pretty controversial! We are changing the relic skills that are associated with weapon passives so that don’t lean into a specific weapon. They will now focus on basic attacks.

Why about those broken nameplates?

The change in behavior for nameplates was widely reported as a bug and had some feedback that players would prefer to retain this option. 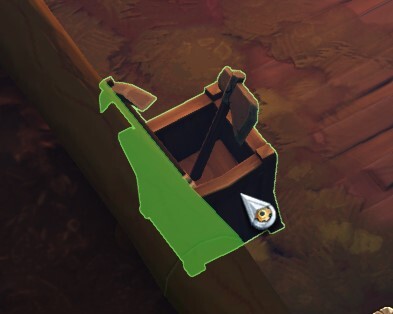 Is this the highlight of this blogpost?

Why did you move enchanting and why am I still getting all these recipes I can’t use yet?

We received a bunch of feedback regarding enchanting and how it is less used and useful early game than when you are working towards getting deeper in Fazeer’s Dun’djinn.

Why won’t you let me use my first Skill Point?

We are considering a change to allow players to select their first skill point. We recognize that some players may have a preference for which type of class they would like to create and since respecing your character comes far from your first skill point, we recognize the work it takes to feel like your build is being created the way you want it to be.

What are map scrolls even for? Why were they moved out of Contracts?

Map Scroll dungeons are intended to be a fun diversion from the story path of the game or something that you use to grind out XP and collect gear if you get behind at higher levels, but we have found that if players ran the Map Scroll dungeons as soon as they got them, they were low enough level that the XP and gear could boost them so that they would be over-leveled for subsequent dungeons in the story. By giving you fewer of these and shifting them to later in your progression, we hope that tackling a dungeon or two won't ruin your normal sense of progression.

Why does my movement skill feel so clunky?
Movement skills have not received the love and care they have needed. Beyond bugs, there are other things we can do to improve the feel of them.

There are so many bugs!!!

Yes, this is true. We have some bugs to chew out. But we are smashing ‘em by the hundreds each week.

There were some pretty visible bugs in the last update that were constantly in your face, including some pretty harsh Unreal crashes for Forged players and some annoying HUD messages that would never go away. Now that we have pushed out our biggest content updates of Early Access our focus is to prioritize bug fixing, tuning, and other areas that need polish and improvement. This means our priority has shifted from aggressive content updates to making sure these updates feel noticeably better each update, both in bug fixes and polish.

We are excited to see the updates listed above get pushed into the game. We currently have the next update scheduled for September 1st, but because of our slower pacing this may get delayed if we don’t feel the build is ready. We hope this will help provide a better balance of fun when adventuring in the frontier, especially for those who are just starting off in their journey.

The next big update is scheduled for 09/1/2020 and contains fixes for all of the following issues:

Killing Squawkclaw (and other bosses) does not give you credit for completing quests.

We have updated how bosses are now counted when killed, we hope this will resolve the issue for this boss and others in an upcoming update.

Players are reporting hazards in some areas are producing one-hit kills.

It appears some players are running into areas where hazards are killing them in one-shot without warning. We are reviewing and adjusting affected hazards.

Players report being unable to interact with their Luck Tree.

Klive appears to randomly disappear or move in the fort which can cause confusion when trying to complete quests. Completing the Monument quest by talking to Klive should resolve this issue. A couple fixes for this issue are being readied for an upcoming update.

Chests become inaccessible after being spawned behind a NPC. This NPC is being moved around in town in an upcoming update.

Players have reported an inability to open chests in Thorned Ingress. Please post debug logs to the link above to help us resolve this issue.

There is not supposed to be a secret alpaca level.

Someone is getting an animal welfare check in McTyre's Cove to check on these poor alpaca living conditions.

Players describe getting stuck in a Blue Void (dead space) after traveling. We need logs and debug info for this info to help resolve this. Please send these forward and we will review - see details above on how to find your logs and send them to us.

Some players are reporting issues with performance/lag/rubberbanding after the latest update. Please send us any details, logs, and debug info you can in order for us to better resolve hitches, lag, loading screen issues, and other areas of stability.

Players are reporting their trains are going off the rails.

We have fixes ready for this for an upcoming update.

"No Platform Available" error message or other issues involving login.