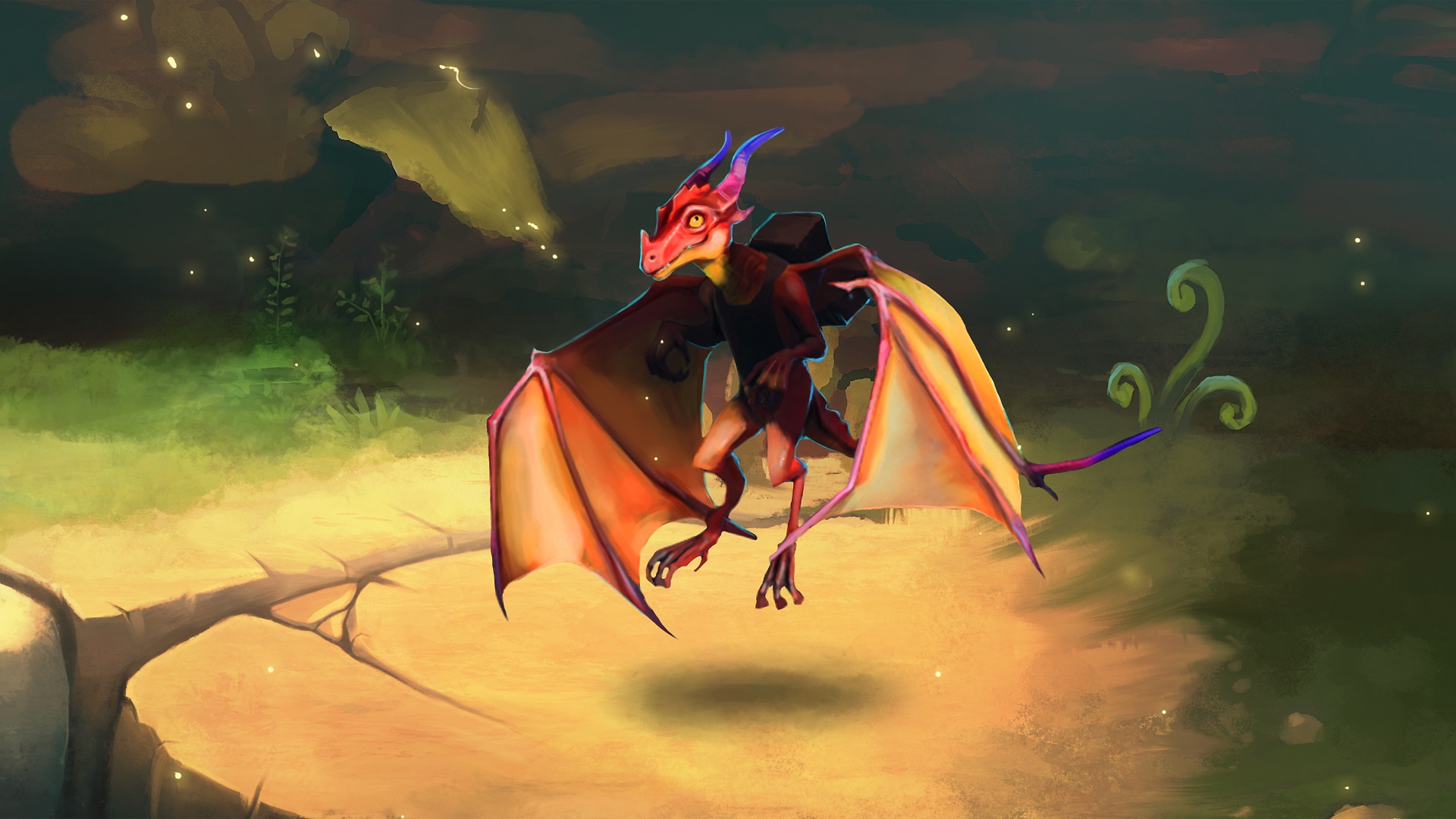 We’re pleased to announce Update 7: Beast Buddies is scheduled for release on July 23! If you’ve been following the Torchlight Frontiers Roadmap, you know we’re overhauling quests in the goblin frontier, adding a friends list, revamping the Relic system, adding new monsters, as well as expanding all things pets!

Every hero needs a sidekick, and in Torchlight Frontiers it’s your loyal pet companion. They're your steadfast ally through thick and thin, and have always provided helpful skills like holding your loot, making trips to town, and supporting you in combat. In Torchlight Frontiers, we’ve started with those unique, foundational pet features and added on some new ones. With Update 7, players can now collect pets, swap between them, collect pet skills and assign them to their pet. We've also made sure that pets are both a part of a character’s strategy and that players can always choose their favorite pet without sacrificing gameplay power.

There are a lot of lowdown dirty things that monsters on the frontier are known to do, and the top of that list includes locking up adorable would-be animal allies. It’s your duty to find these imprisoned fur-friends and recruit them to a life of adventure! 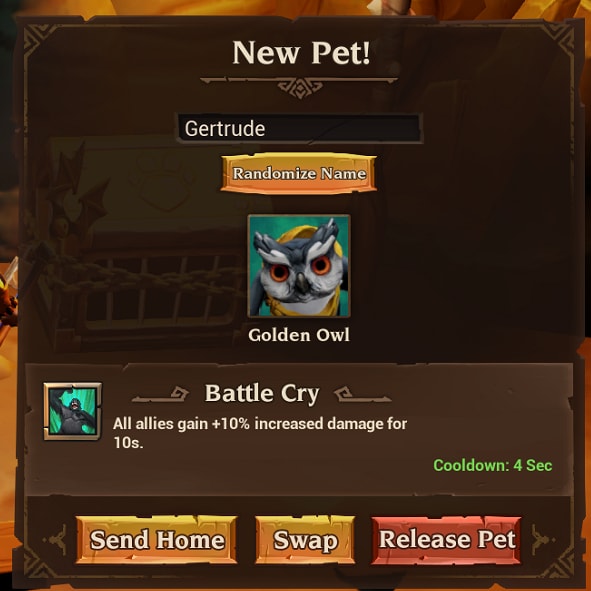 Upon defeating a boss and finding a pet cage, you’ll be presented with a few options.

You can immediately send it to the Pet Shelter in your Fort, you can make the rescued animal your current pet, and you’re able to release it back into the wild (stay safe little guy). Each trapped pet is randomly generated. If you’re after a particular type, color, or skill you’ll need to keep searching until you find it! 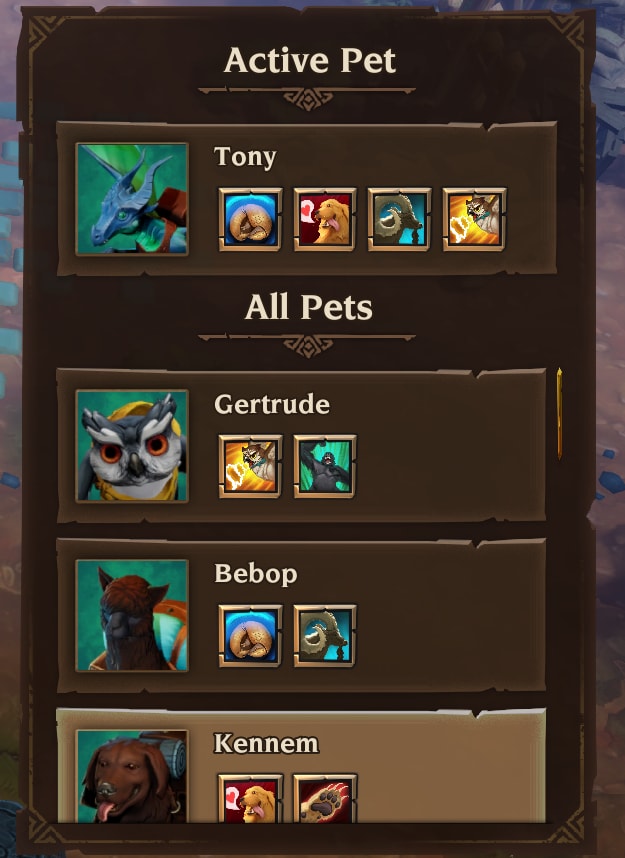 Your Pet Shelter enables you to manage your collection of pets: swap your active pet, rename them, check which skills they have equipped, or release them. 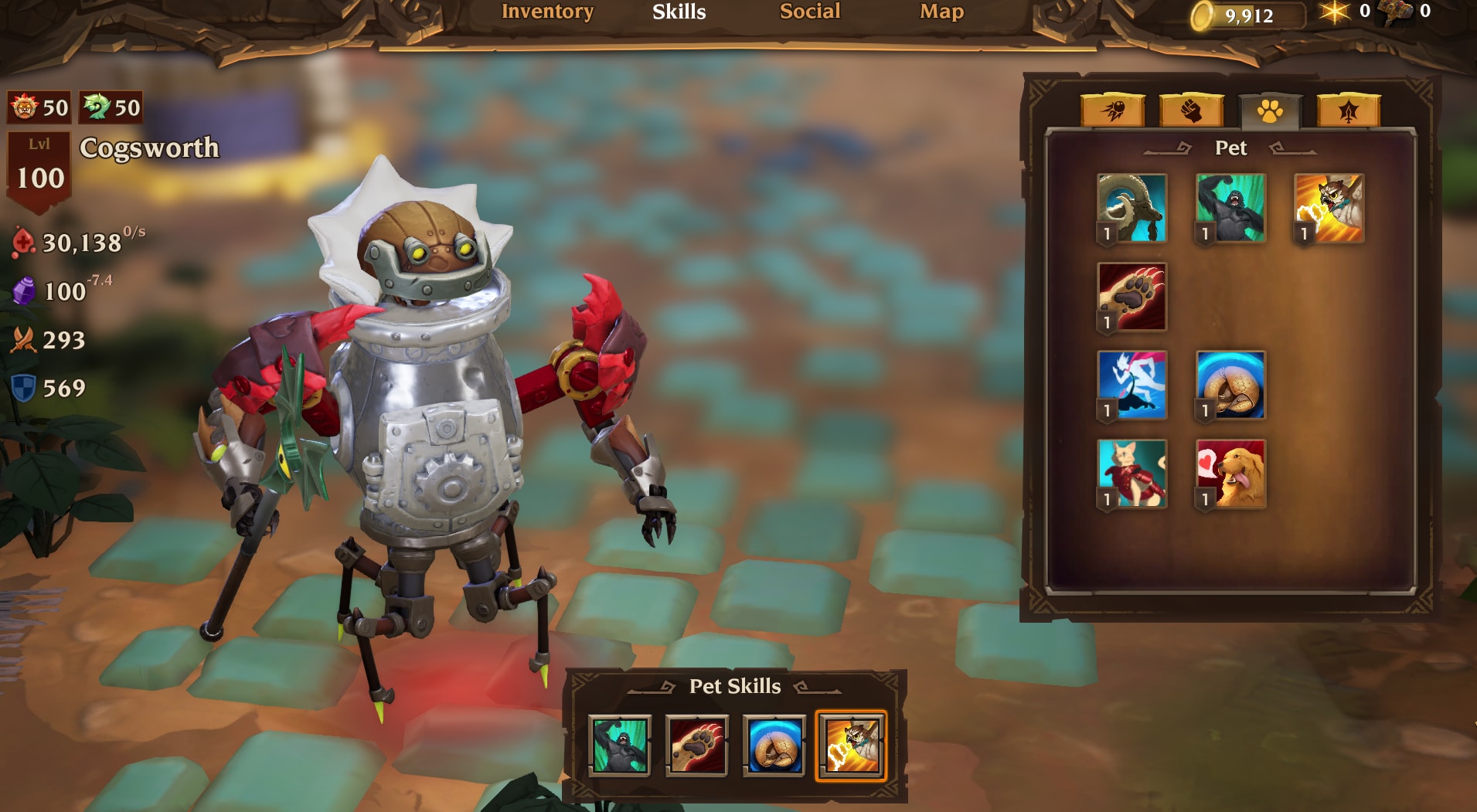 Pets have four skill slots managed from the Skills menu under the Pet tab. There are three classifications of skills: Auras, Buffs, and Combat. Only one Aura may be active at a time.

These passive abilities are always in effect and benefit all nearby friendly players.

Increased Awareness
Pet grants +10% chance to block, regardless of shield use.

These abilities are triggered automatically by your pet when you’re within range and have a limited duration and cooldown.

These abilities are triggered automatically by your pet, target your foes, and have a cooldown.

Screeching Stun
Your pet cries out, with a chance to stun enemies for 2s. Cooldown: 10s.

With many more to come in future updates, we’ve expanded the roster to include the fearsome wolf and scaly dragonling. 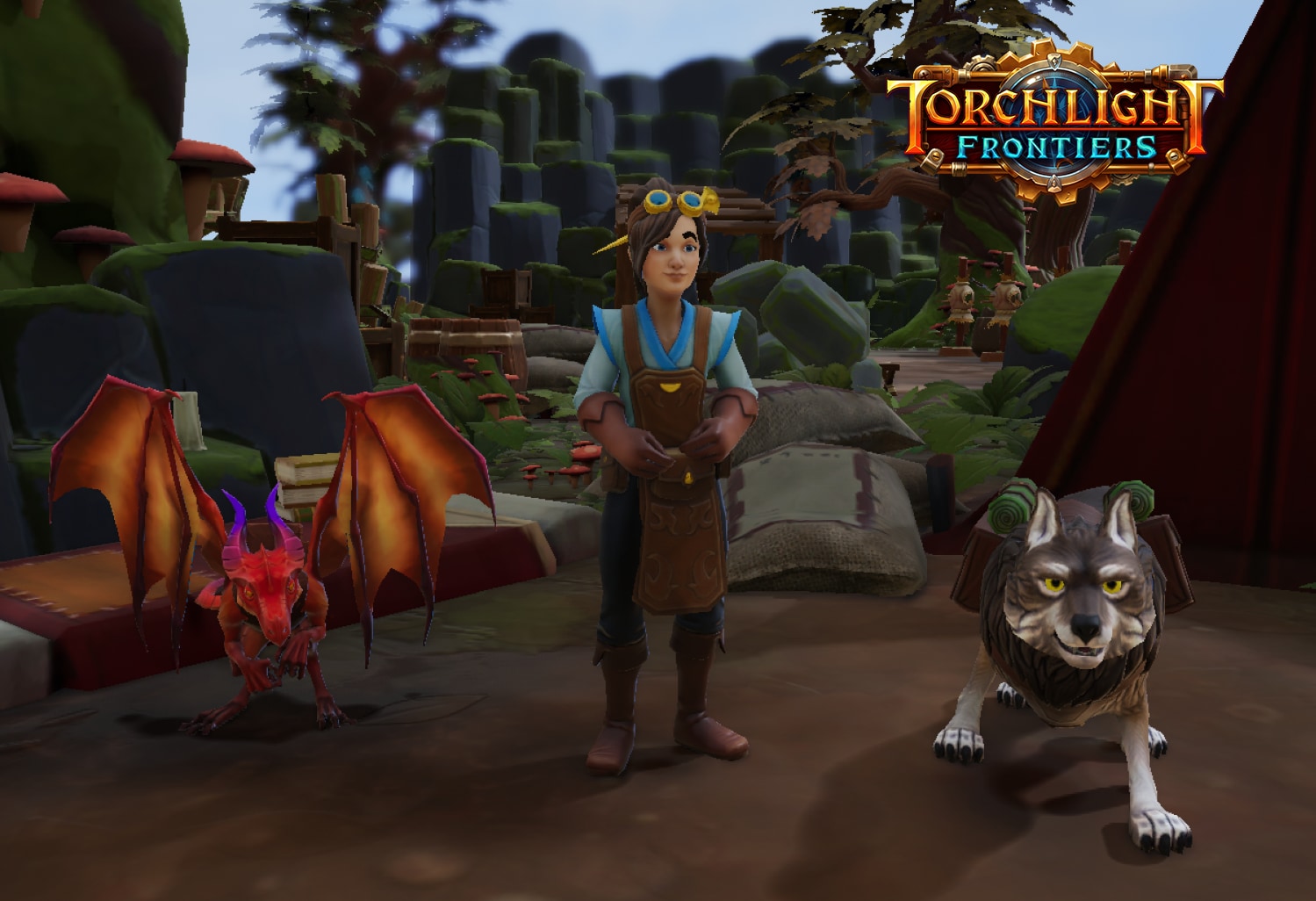 Who wouldn’t want to team up with either of these beast buddies?

There’s still plenty more to come with the new pet system. This latest iteration sets us on the path to making a veritable menagerie to collect and customize. We’re eager to get this into your hands for alpha testing as soon as possible. Stay tuned for more news on Update 7: Beast Buddies. Next week we’ll talk about the revamp for Relics!