Did you miss our preview of the Call to Arms: Garrundar the Vile? Garrundar the Vile is  wreaking havoc in Pirates’ Skyhold. Aluiries Arborshate has lured the foul beast into the open giving you the opportunity to defeat the black dragon. This will be a challenging battle, but those who successfully defeat the powerful dragon could be rewarded with great items including enchantments, a new companion, unique weapon transmutes and Medallions of Battle.

If you are new to Call to Arms skirmish events, these events are available for players of all levels (from 6-60)! Also, you are able to queue for these skirmishes at any time while the event is active. To learn more about these fun events, check out our Call to Arms trailer below!

If you and your party successfully defeat Garrundar, you could be rewarded with amazing items, which include: the Lizardfolk Shaman companion, unique dyes, Savagel enchantments, and of course Medallions of Battle. These medallions can be redeemed from the event vendor, in Protector’s Enclave, for unique weapon transmutes, Refiner’s Cache, and dyes.  Sword Coast Adventures will also feature a special dungeon to battle Garrundar the Vile and Medallions of Battle will also drop from all challenges within it.

Savage Enchantment- This enchantment has a pulsing glow that shifts chaotically between various shades of green. You could receive enchantments from rank 1 up to rank 5 as monster drops and from the reward chest. 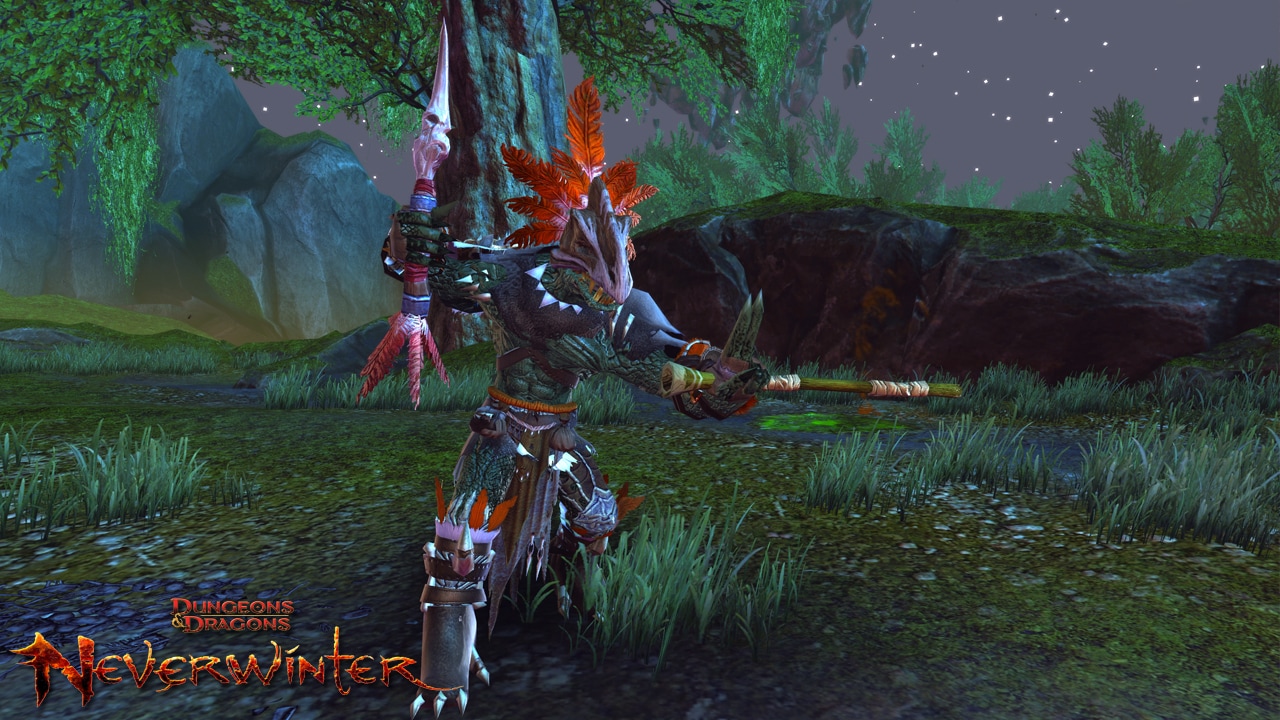 Once an enemy, this companion has become disillusioned by the fall of Garrundar and now follows what he believes to be an even more powerful being…You!

The Lizardfolk Shaman has initial power points in Defense and Regeneration along with three defensive slots for Runestones. As a green quality companion, it has a max rank of 20 providing you with three skins from which to pick before upgrading.

The Lizardfolk Shaman has three powers and one active bonus:

Fires a dart at a single target doing damage and additional poison damage over time.

Power of the Marshlands (unlocks at companion rank 30)

Class-based transmutable weapons: your weapons can be transformed to take on a more primitive look. 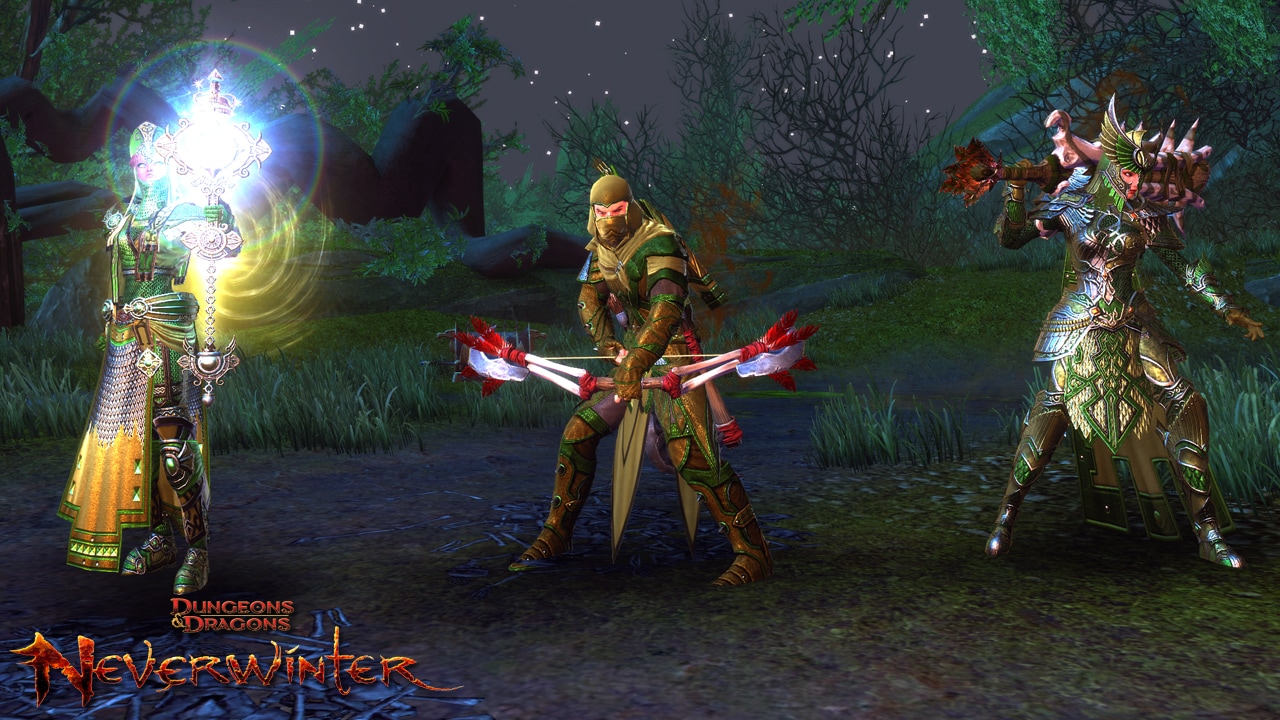 Jungle Cloak Dye Pack: with this set of green and yellow dyes, you can blend in with the jungle surroundings of the sky pirates lair. 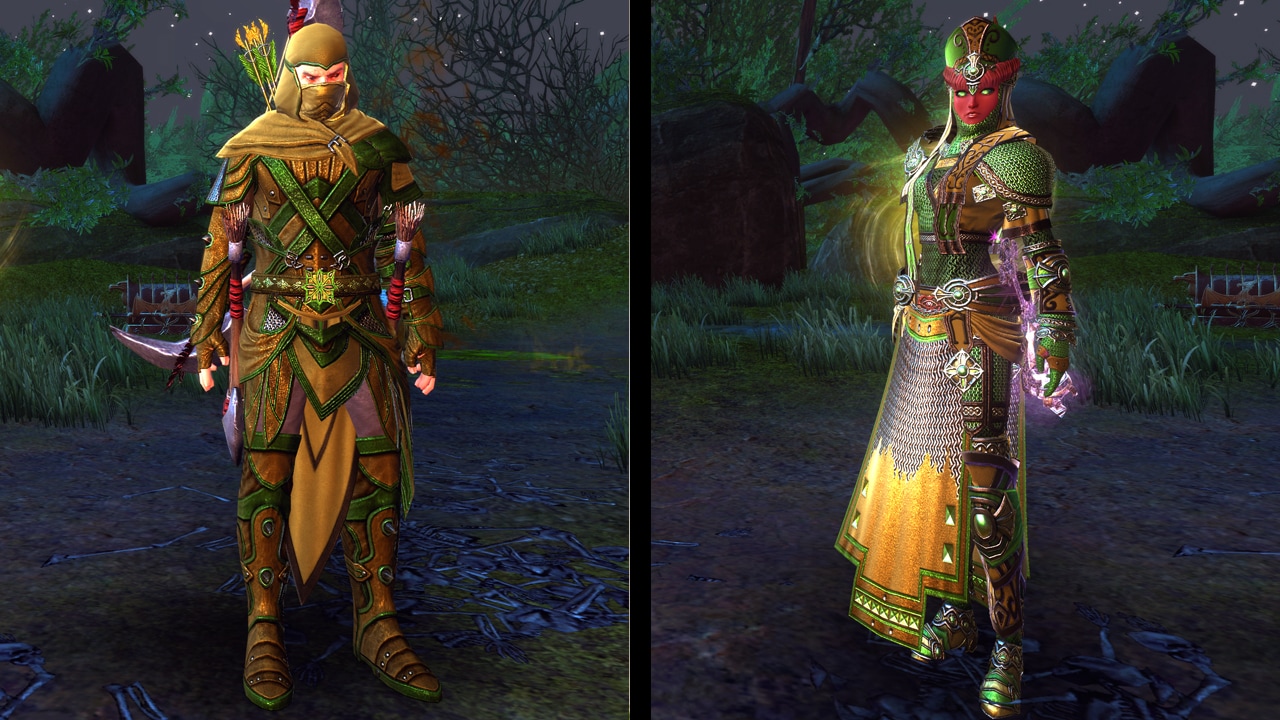 Are you ready to take on Garrundar the Vile and the poisonous Lizardfolk? Let us know on the official Neverwinter Forums.

Congrats to everyone who found the hidden code and was able to redeem their prize. Keep an eye out for an annoucement about those who won a item from this weekend's CTA Event! For those who didn't redeem the code in-time, don't stress, we'll have more hidden codes in future blogs so be sure to check back.