Join The Feast, or Be The Feast! 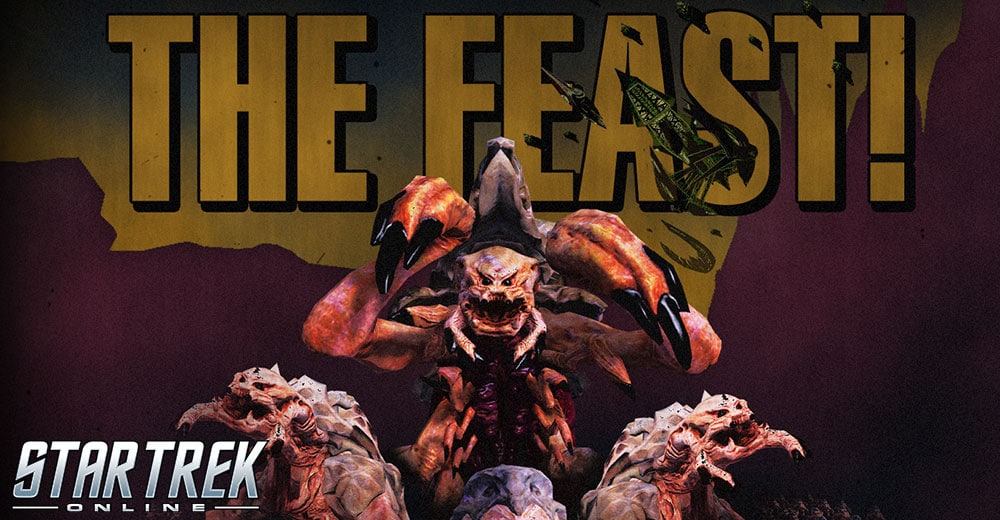 Hunger is universal, and feasts are times of joy. Sadly, some species express the drive in unsociable ways. While many gather with loved ones and share communal meals, in the cold reaches of space another kind of hunger stirs, one more akin to locust swarm behavior than family bonding. Either way, the delicious feast begins for PC Captains on November 15th and lasts until December 6th!

A new event is here, featuring two crunchy TFOs, “Bug Hunt” (Ground) and “Swarm” (Space). Play each day to earn your way to this Event's Grand Prize, the Universal Kit Module - V'ger Probes, which summons V'ger Probes that seek out Foes and severely damage any that stray too close! Keep reading for details on this item, how you can participate in the Event, and what additional prizes may be earned.

When this ability is activated, V'ger Probes are summoned and move toward foes, causing severe damage in close proximity. The three probes deal significant Plasma damage over time and will continue to seek new Foes even if the original targets are defeated.

Upon claiming this Grand Prize (whether earned or purchased), your account will immediately become eligible for Bonus Progress. The first Bonus Progress rewarded will be accompanied by a reward of 8,000 Dilithium Ore. Earning Bonus Progress each day thereafter will increase this reward by an additional 1,000, and we have increased the cap on how high this value may scale to a value that is unreachable during this Event (thus effectively unlimited!).

This Featured Event is the fifth and finl of a series of upcoming Events that will participate in the fourth installment of our multi-event system known as an Event Campaign. Captains will also have the option to purchase their remaining progress in the event with Zen. The price for this buyout will be pro-rated, based on the amount of progress a Captain has completed.