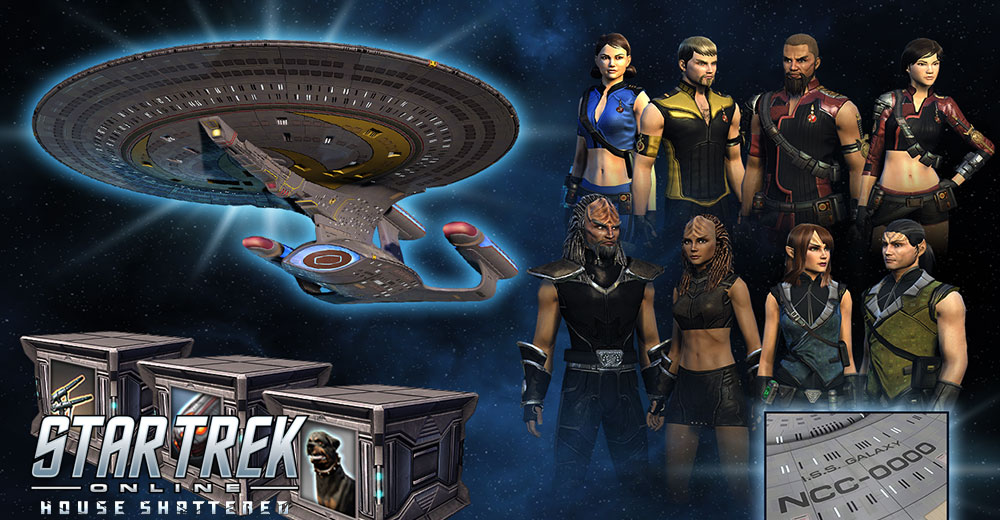 Ever since The Original Series first introduced the Mirror Universe in “Mirror, Mirror”, it has captured the imagination of fans, appearing in several different series, and in Star Trek Online in various episodes and events. As a universe with humans who never grew out of bigotry, warmongering, and hatred, and all the changes inflicted on the galaxy as a result, it dances between a warning to improve our ways and an inspiration at the ongoing fight to make that galaxy a better place.

For players interested in exploring more of their villainous side, we’re releasing a brand new bundle for Star Trek Online, coming on October 21st for 6,000 Zen! From October 21st at 8am PT (17:00 CEST) to October 28th at 10am PT (18:00 CET), this bundle will be 25% off! This bundle brings together some of the must-have items for any would-be mirror captain in Star Trek Online – account-wide costume unlocks, an intimidating pet, ground and space weaponry, a new Tier 6 starship, and more! Here’s the full breakdown of everything in the bundle: