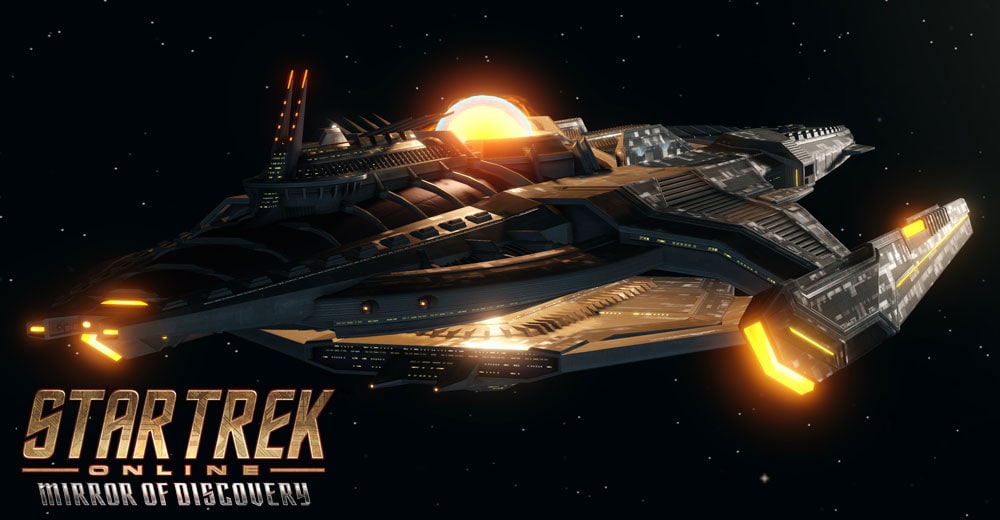 The incidents around Pahvo have resulted in a lot of new discoveries and designs, as alternate dimension ideas bring inspiration, answers, and more questions towards the minds of this universe. The result of much of this work is the Mirror Styx Dreadnought Cruiser [T6].

The Styx Terran Dreadnought Cruiser [T6] will become available with the release of the Emperor’s Lock Box, scheduled to arrive on PC starting with our 9th Anniversary on January 23rd, 2019, and on Xbox One and PlayStation 4 on March 5th, 2019! This new starship can be used as soon as you’ve completed the tutorial, and will scale with you as you level up all the way to max level!

This starship continues the experiment started by the Walker-class Prototype Light Exploration Cruiser and expanded by the Mirror Escort Carrier [T6] as another scaling starship! We hope you share in our excitement as we continue exploring the concept of scaling starships, and see how this may shape the way you fly ships in the future of Star Trek Online at all levels.

If commissioned at low level, some of the ship’s capabilities will be restricted temporarily, but will quickly and automatically unlock as you increase your Captain’s level. At each Tier, this ship remains a strong competitor to other ships of the same tier (and outdoing them in many ways!), and keeps getting better as you continue to play Star Trek Online. The table below shows you the progression of Hull Strength, Weapon slots, and Console slots you will experience as you level up. 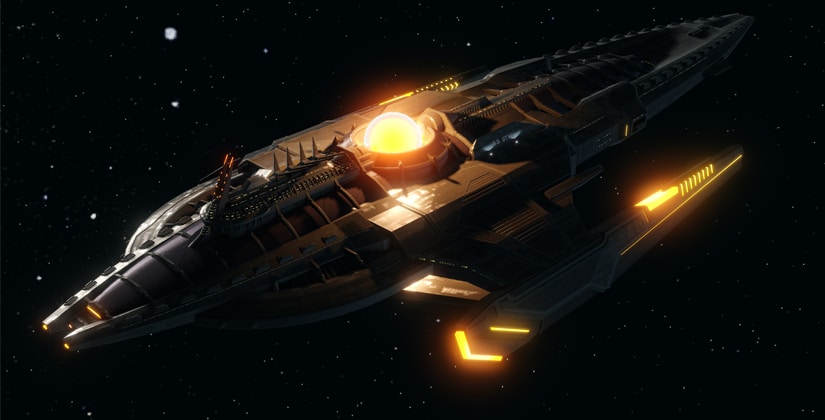 Incidents with the alternate dimension known as the "Mirror Universe" have resulted in various acquisitions from the other side. The result of some of these acquisitions, the Styx Dreadnought Cruiser clearly draws inspiration from the I.S.S. Charon commanded by Emperor Georgiou, with some of the finer details on its origin shrouded in mystery. Despite its more retro looks, the Styx is an entirely up-to-date starship that poses a daunting presence wherever it appears.

This Starship features a Commander Engineering/Command station and a Lieutenant Commander/Intelligence Station. 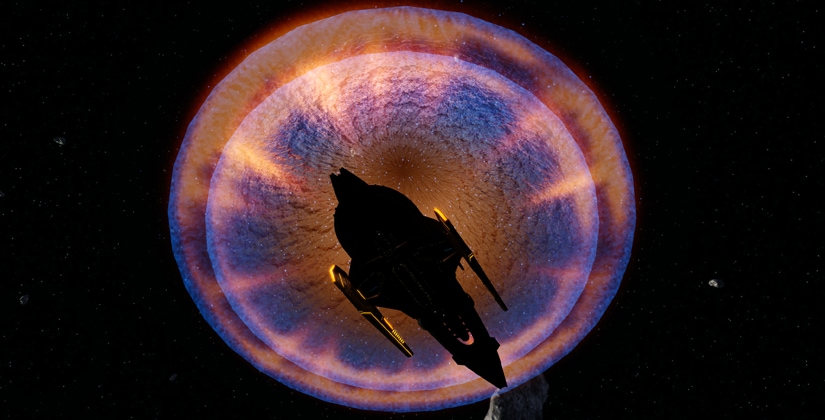 When activated, this console distorts the magnetic fields around the ship’s exotic fusion core, causing a violent expulsion of the ionized plasma at the device’s corona. As this blindingly hot coronal matter is ejected, any ship not vaporized instantly is flung away, their hull lit afire and weakened by the aftermath. If activated from any ship other than the Styx, this console instead creates an unstable variant of the Straal-class phenomenon believed to power that vessel, which detonates to approximate the same effect.

This console also provides a passive boost to Phaser Damage and Control Expertise.

This Console can be equipped in any console slot. It may be equipped on any ship. You may only equip one of these consoles.

After achieving level 5 in the Styx Dreadnought Cruiser Starship Mastery, you will unlock the "Vaulting Ambition" Starship Trait. While this trait is slotted, your energy weapons gain massive Critical Severity vs foes at low health. 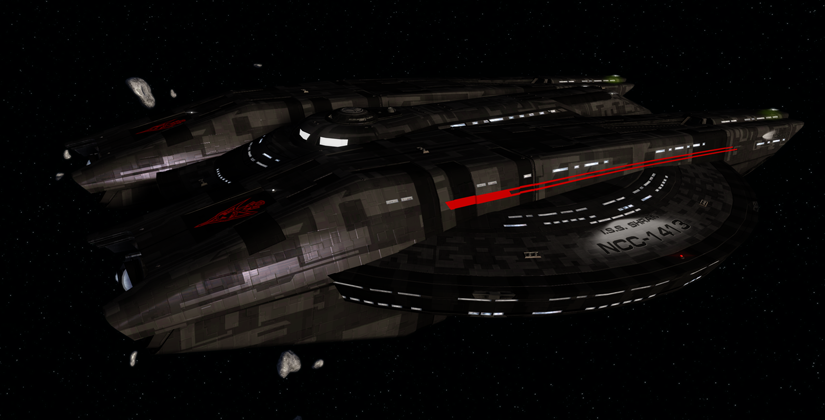 The Styx Dreadnought Cruiser has one hangar bay equipped with Terran Empire Frigates. Based on the Magee class, these powerful frigates maximize their powerful weapons layout with various abilities, including the Agony Ray; a debilitating ability that makes the targeted foe more vulnerable and deals them radiation damage over time. These Frigate pets can only be launched from the Styx Dreadnought Cruiser. See the Emperor’s Lockbox Blog for more details on the Resilience-Linked Phaser weapons these wield.

Additionally, owning the Styx Dreadnought Cruiser will unlock the purchase of Mirror Universe Shuttlecraft, quick moving and dangerous fighter pets that can be equipped on any starship with a Hangar Bay.

Click the image below to see all the vanity shield visuals for this ship! 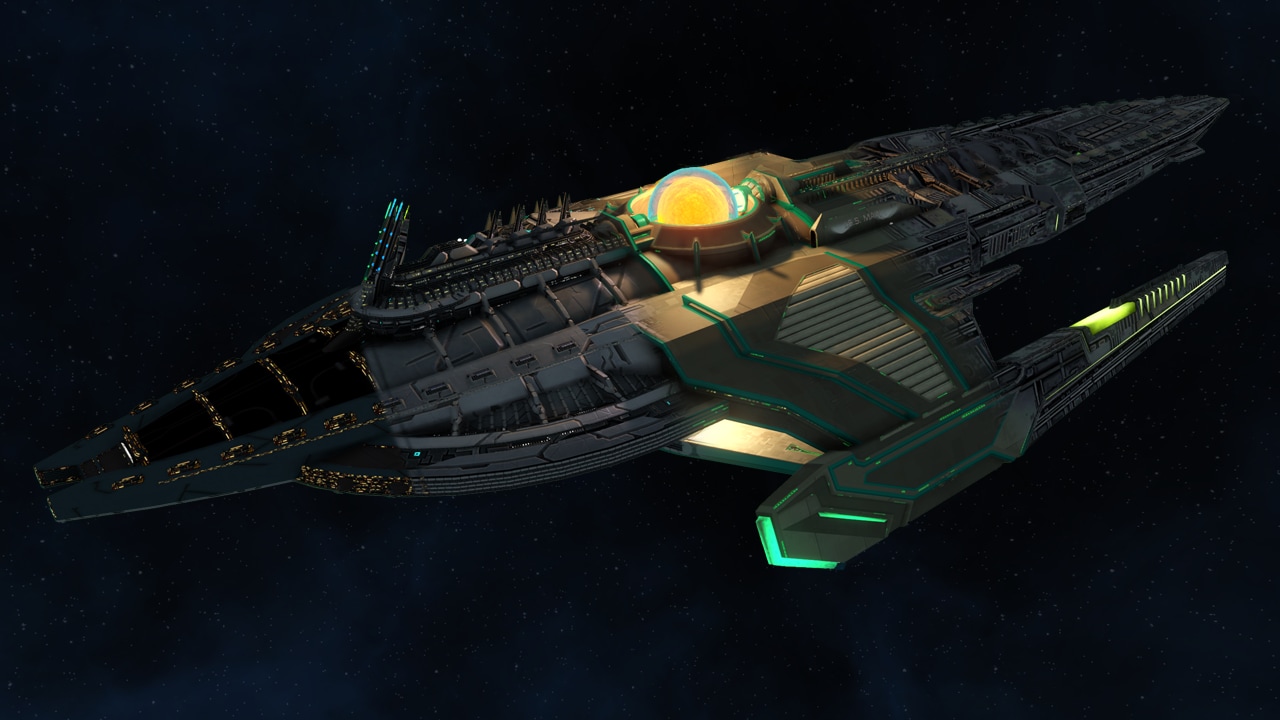 Command the Risian Weather Control Vessel!
The Risian Weather Control Ship - the design voted on by you - will be available on all platforms August 4th! See what she can do under your command.
Read more
PC Patch Notes for 7/30/20
Check out all the exciting changes coming to Star Trek Online in our latest patch notes!
Read more
Resist the Borg!
The Borg are invading the galaxy this weekend! Go to Red Alert!
Read more