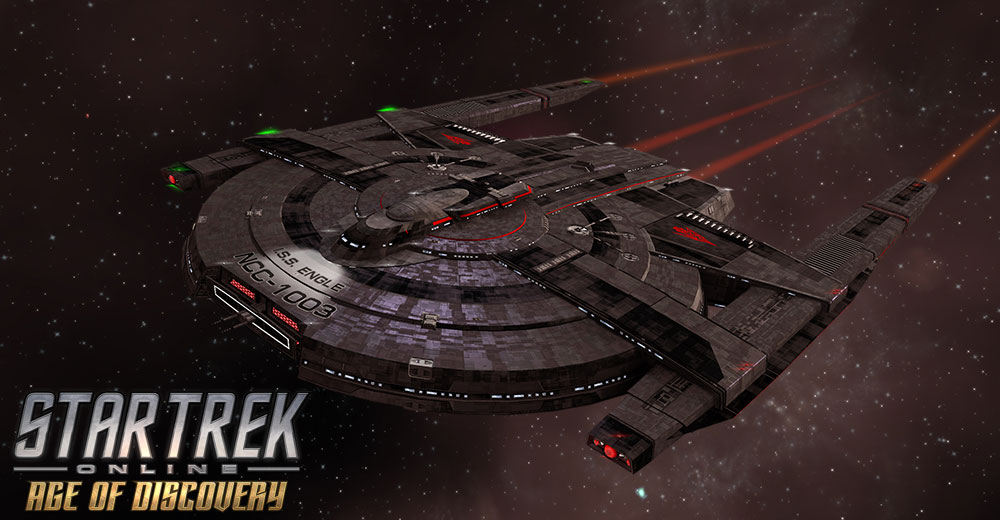 The Infinity Lock Box, containing prizes from nearly all previously-retired Lock Boxes, will be available again for an appearance beginning on PC on December 13th, 2018 and on Xbox One and PlayStation 4 on January 22nd. During this time, enemies defeated on both Ground and Space maps will have a small chance of dropping one of these prize-filled packages, while the Swarm Lock Box will be retired.

For the first time ever, this run of the Infinity Lock Box will introduce a chance at receiving brand new starship, never-before-seen in Star Trek Online! Continue reading further on for the full details on this new offer!

Along with the new starship and all of the prizes previously offered in previous appearances of the Infinity Lock Box, additional prizes originally seen in the Deep Space Nine Lock Box have been added to the drop tables! They now include all of the following:

The Mirror Strike Wing Escort [T6] is an all-new starship being added to the Infinity Lock Box this run, as a choice players may select upon opening any “Infinity Prize Pack – T6 Ship.” This new starship can be used as soon as you’ve completed the tutorial, and will scale with you as you level up all the way to 65!

We are very excited to be trying out something new and experimental, building on the success and reception we received when releasing the Walker-class Prototype Light Exploration Cruiser alongside our previous Age of Discovery update. We hope you share in our excitement as we continue exploring the concept of scaling starships, and see how this may shape the way you fly ships in the future of Star Trek Online at all levels.

If commissioned at low level, some of the ship’s capabilities will temporarily be restricted, but will quickly and automatically unlock as you increase your Captain’s level. At each Tier, this ship remains a strong competitor to other ships of the same tier (and outdoing them in many ways!), and keeps getting better as you continue to play Star Trek Online. The table below shows you the progression of Hull Strength, Weapon slots, and Console slots you will experience as you level up.

Incidents with the alternate dimension known as the "Mirror Universe" have resulted in some Terran Vessels being studied and retrofitted for service. The Engle-class Mirror Strike Wing Escort [T6] is retrofitted from a ship that crossed over from the 23rd century into present-day space. A fearsome Terran vessel, this starship’s capabilities and integrated technologies emphasizes the Terran philosophy to not only crush the enemy, but make it hurt the entire way. Its design drives this point home, maximizing its offensive capabilities by augmenting the powerful weapons layout with debilitating scientific support abilities and a full hangar bay of fighters ready to unleash destruction on anyone or anything their captain points them at.

Activating this console intensely damages local subatomic fields for a short duration. The energy released from this process seeks out and significantly harms nearby power sources - usually starships - dealing significant electrical damage as it cascades outwards. As the subatomic disruptions leap from target to target, they leave behind areas temporarily weakened at the micron scale, making these ships temporarily more vulnerable to incoming damage.

This console provides a passive boost to Exotic Damage and Auxiliary Power. It can be equipped in any console slot on any ship. You may only equip one of these consoles.

Click the button below to see the ship with all of its vanity shield options. 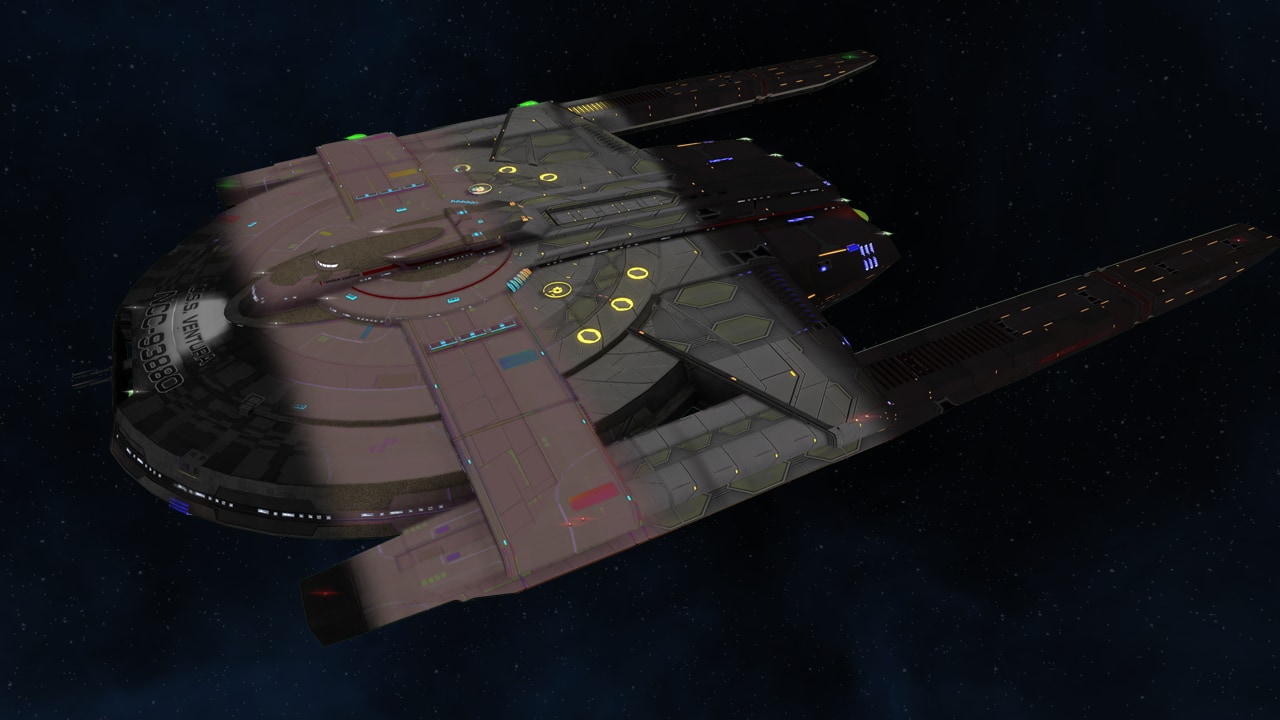