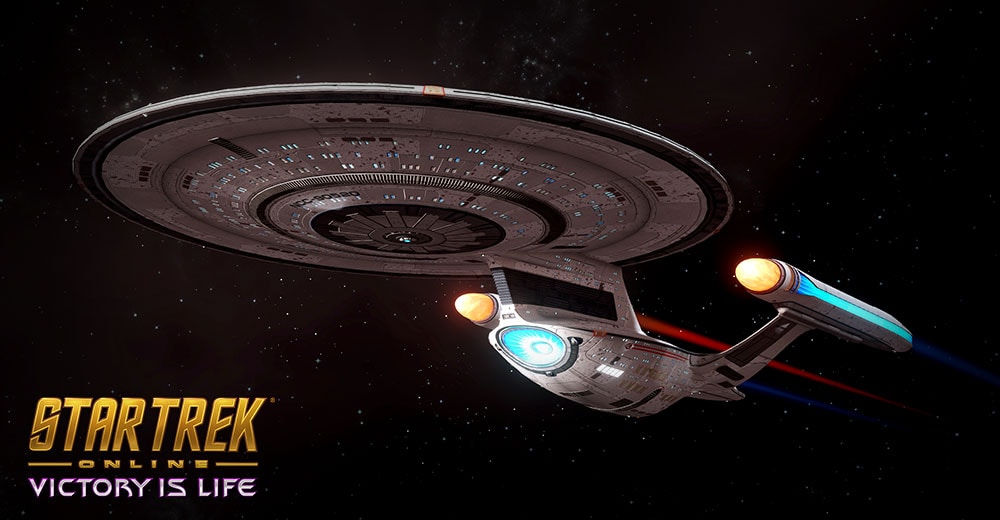 In a statement issued by the Allied Cooperative Starship Development Board, both Starfleet and the Klingon Defense Force have announced they are adding new classes of starships to their orders of battle.

These two ships are the first fruit of an unusual endeavor. The Allied Cooperative Starship Development Board was created during the Iconian War as one of several desperate initiatives to gain any technological advantage or insight regarding the Iconian Herald fleet. After the resolution of the war, some suggested that these programs should be dismantled, but both Klingon and Starfleet planners saw wisdom in continuing them, along with a variety of other joint training and scientific exercises.

The ACSDB began by taking an inventory of existing starship designs that had shown promise but never advanced beyond early prototypes for various reasons. For Starfleet, they settled on the original proposed design for the Ambassador-class. This pathfinding design, overseen by Captain A. Probert in 2319, was revolutionary but deemed “ahead of its time.” Its fluid hull forms pioneered spaceframe advancements later implemented in the Galaxy class starship, but material, power and logistical problems all manifested simultaneously, requiring a massive redesign to subsequent vessels of the class.

With 25th century technology Probert’s design could finally be realized. Recently launched from Utopia Planitia at Sol IV, the U.S.S. Narendra has entered service effective stardate 87703.1. Her name is a tribute to the Battle of Narendra III, where the Ambassador-class U.S.S. Enterprise NCC-1701-C was lost defending a Klingon colony from Romulan attack. That action was a pivotal moment in history, foreshadowing an alliance between the United Federation of Planets and the Klingon Empire that would last decades.

Nicknamed “the Comeback Kid,” the U.S.S. Narendra is the lead ship of a new class and designated as a “Support Cruiser.” She incorporates a variety of engineering advancements that will serve as force multipliers in both peaceful exploration or defensive engagements. Of special note, though highly classified, is the mysterious Temporal Operative specialist suite installed, as well as its rumored Temporal Trajectory Shifter technology.

For the Imperial Klingon Defense Force, the Narendra’s counterpart is the I.K.S. Vor’ral. Classified as a Support Battlecruiser, he Vor’ral’s design has been brewing for decades, but seen many changes and offshoots that eventually became entirely new designs across the whole spectrum of mission profiles. Finally, under the direction of the ACSDB and thanks to the unprecedented sharing of temporal technology between Starfleet and the Klingon Defense Force, the Vor’al has launched from the Imperial Shipyards at Ty’Gokor.

The Vor’ral is a successor to the venerable Vor’cha-class battle cruiser. Since the Vor’cha’s introduction into service in the 2360s, the design has seen distinguished service in dozens of conflicts, and several iterations have been deployed. Klingon High Command has declared that the Vor’ral is the culmination of decades of combat experience and scientific development, bolstered with the cooperation of allied scientists and strategists.

The Vor’ral is also rumored to be equipped with Temporal Trajectory Shifter technology, as well as the traditional suite of cannons and cloaking technology seen standard on all Klingon ships. Analysts predict that the Vor’ral-class battle cruiser will be an important tool to reinforce the depleted Klingon fleet and execute the will of the High Council throughout the galaxy.

Together, both the U.S.S. Narendra and the I.K.S. Vor’ral  bear testament to a new era in the galaxy, where old enemies have come together to secure a peaceful future for themselves. While too early to tell for sure, we expect this collaboration will not be the last fruit we see from the Allied Cooperative Starship Development Board.