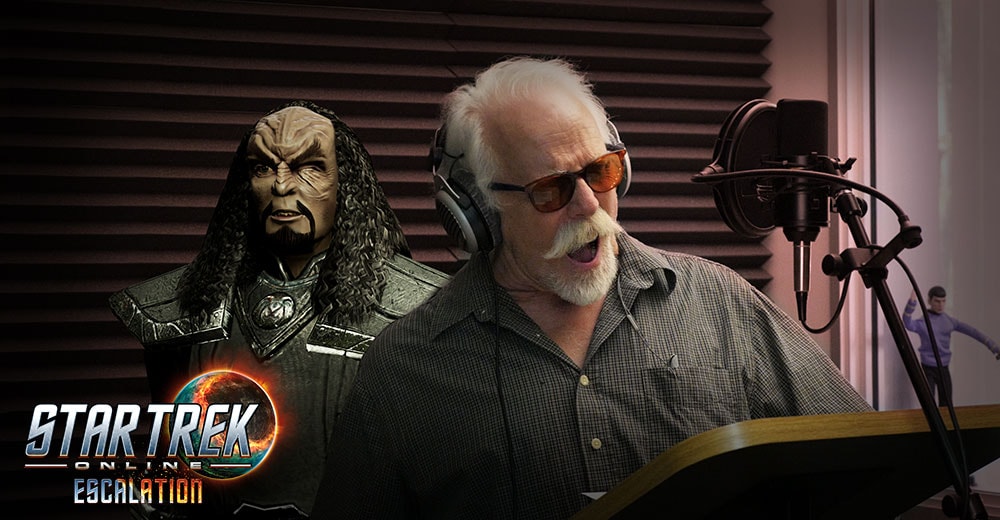 “How is it that I have only one eye, but I can see more clearly than anyone around me?” –Martok, Deep Space Nine.

Star Trek Online is very pleased to announce the newest addition to our cast- J.G. Hertzler, reprising the role of Martok, the former Klingon Chancellor that he made famous in the beloved series Star Trek: Deep Space Nine.

Martok was originally brought into DS9 as a brief guest star, but Hertzler’s portrayal led to him becoming a fan favorite who eventually became a recurring character. The Klingon General proved instrumental in the war with the Dominion, helping Worf and the crew of Deep Space Nine fend off legions of Jem’Hadar ships, and even endured three years of torture at the hands of the Dominion’s elite soldiers. Martok gained such renown in the war that then-Chancellor Gowron felt he was a threat to the throne, and attempted to discredit and, eventually, kill him. Worf challenged Gowron and defeated him, but turned down the honor of becoming Chancellor, instead granting it to his friend, Martok.

As far as the Galaxy knows, Martok is dead – having been killed in an honor duel for the position of Chancellor by J’mpok in 2393. Where has he been for the last eighteen years? And what role will he play in the world of 2410? All of this will be revealed in an upcoming update to Star Trek Online.

Check out our interview with J.G. Hertzler, where he talks about returning to the role of Martok and how Klingons are like football players, right here: