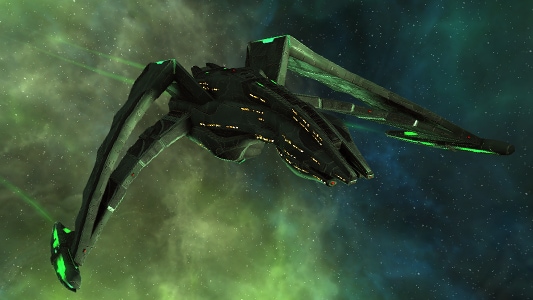 The Dhelan Warbird was designed in the 23rd century in response to the Romulan Star Empire's conflicts with the Federation. The ship was larger than the T'liss Warbird, and carried a heavier payload of weapons to give it an edge in potential conflicts against Starfleet's Constitution-class vessels. As conflicts between the Federation and the Romulan Empire diminished, the Dhelan remained in the prototype stage, never seeing implementation in actual combat. Recently, unfinished models of the vessel have been modernized and put to use by the remnants of the Romulan people, who are utilizing any resources they can find to survive. 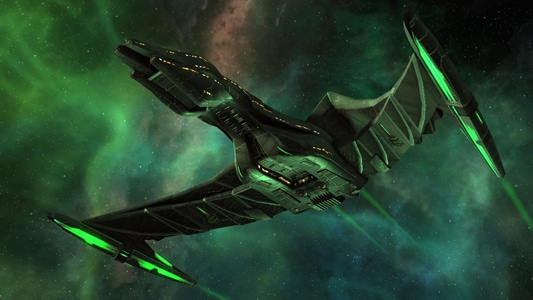 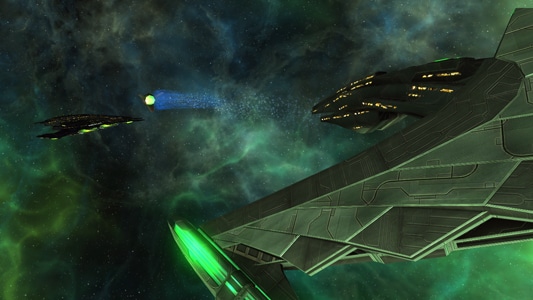 The Dhelan Warbird Retrofit comes with a universal Sabotage Probe console. This console launches a Sabotage Probe at your current target which penetrates their shields and latches onto their outer hull. While attached, it immediately begins siphoning off Weapon Subsystem Power until it eventually takes the enemy's weapons offline, while simultaneously interfering with EPS Transfer circuits. Energy siphoned in this manner is converted into Electrical Discharges which will periodically damage the target and nearby allies of the sabotaged target. The Probe can be manually detonated at any time causing damage to all nearby foes.

NOTE: Purchase of this ship from the C-Store will make its owner eligible for a Fleet Ship Module reduction when purchasing the Fleet Dhelan Warbird Retrofit. 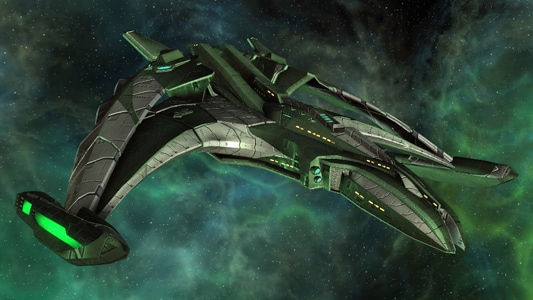 The Dhael Warbird is a refit version of the Dhelan Warbird. 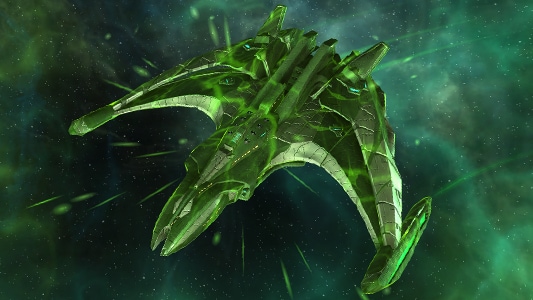 This ship comes with a universal Singularity Inverter console. This console allows you to use your ship's Singularity to absorb some of the power of incoming directed energy attacks. While active, this decreases the damage you suffer from directed energy and increases your Singularity power level as you take energy damage. 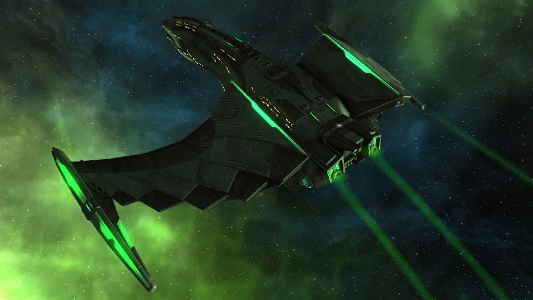 Equipping the Dhael and Dhelan Retrofit's consoles gives the Enhanced Defensive Systems set bonus. This increases your ship's Defense value based on how quickly you are moving. In addition, this provides a minor bonus to Shield Power.

The consoles that comprise this set are the Singularity Inverter and the Sabotage Probe.