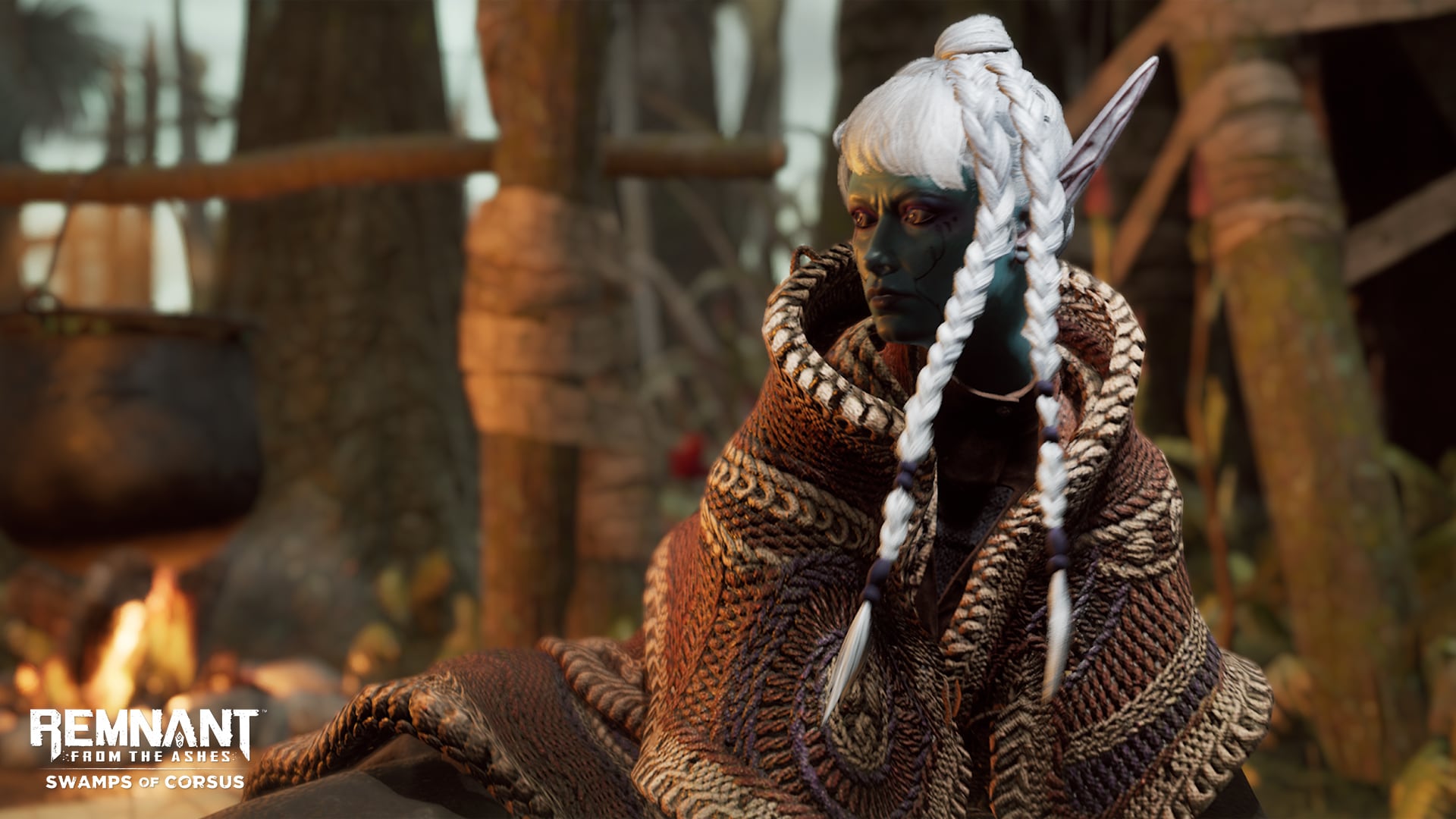 Face new challenges and fight to survive in Remnant: From the Ashes - Swamps of Corsus DLC, available now on PC!

Coming to Xbox One and PlayStation®4 on June 4.

Battle new threats in Swamps of Corsus, a new premium DLC for Remnant: From the Ashes, now available on PC (Steam) for $9.99, along with a bundle including the Remnant: From the Ashes base game and Swamps of Corsus DLC for $44.99. From April 28 to May 3, the bundle will be available for 40% off the retail price as part of Steam Midweek Madness. The new DLC and DLC bundle will be coming to Xbox One and PlayStation®4 on June 4.

In the latest DLC for Remnant: From the Ashes, players navigate a more deadly version of the world of Corsus, inhabited by the Cult of Iskal, and also take on the toughest challenge yet: the brand-new, rogue-like “Survival Mode.” In the revamped Corsus zone exclusively in Adventure mode, the hive mind Cult of Iskal has claimed the swamps for themselves, proving to be as lethal and dangerous as the Root, the evil force plaguing Earth. All hope is not lost for players, however, as a lone holdout remains, out of reach of the Iskal’s grasp. To change the future of Corsus, players must confront the Queen and stop the Iskal once and for all or choose to help her complete the Iskal’s plan. Exploring Corsus in Adventure Mode gives players the chance to earn unique rewards - including three powerful weapons - by overcoming various challenges in the form of deadly overworld enemies, side dungeons and epic bosses, like the menacing Barbed Terror. Along with the swarm of new content in the Swamps of Corsus, the DLC includes a new rogue-like test of will in “Survival Mode.” This intense mode thrusts players into a completely randomized permadeath experience that challenges them to progress as far as they can in one life. In the new mode, players start with nothing but a Repeater Pistol, a few consumables and a handful of scrap. Players travel randomly through corrupted World Stones to various biomes and fight for survival against hordes of enemies that get stronger with each stage, in hopes of finding epic rewards, such as new armor, and new weapons - like the Hero’s Sword that unleashes a powerful wave attack.

Remnant: From the Ashes is a third-person survival action shooter set in a post-apocalyptic world overrun by monstrous creatures. As one of the last remnants of humanity, you set out alone or alongside up to two other players to face down hordes of deadly enemies and epic bosses, and try to carve a foothold, rebuild, and then retake what was lost. Remnant: From the Ashes is available digitally for $39.99 on PC (Arc and Steam), Xbox One and PlayStation®4. The physical version is also available now at Amazon, Best Buy, GameStop, among other retailers for PC, PlayStation®4 and Xbox One for $39.99. Learn more about the game and the new Swamps of Corsus DLC at http://www.RemnantGame.com or follow Twitter and Facebook for the latest updates!