When I was tasked to create this map I had one question, what is a Maze Engine? I read up on a bunch of lore from every source I could find. In short, The Maze Engine is a magical device that has the ability to warp time and reality. It physically represents all the layers that make up Faerûn: the material planes, elemental planes and all the abyssal planes. For reference on what it generally looked like I used this image of the Great Wheel. 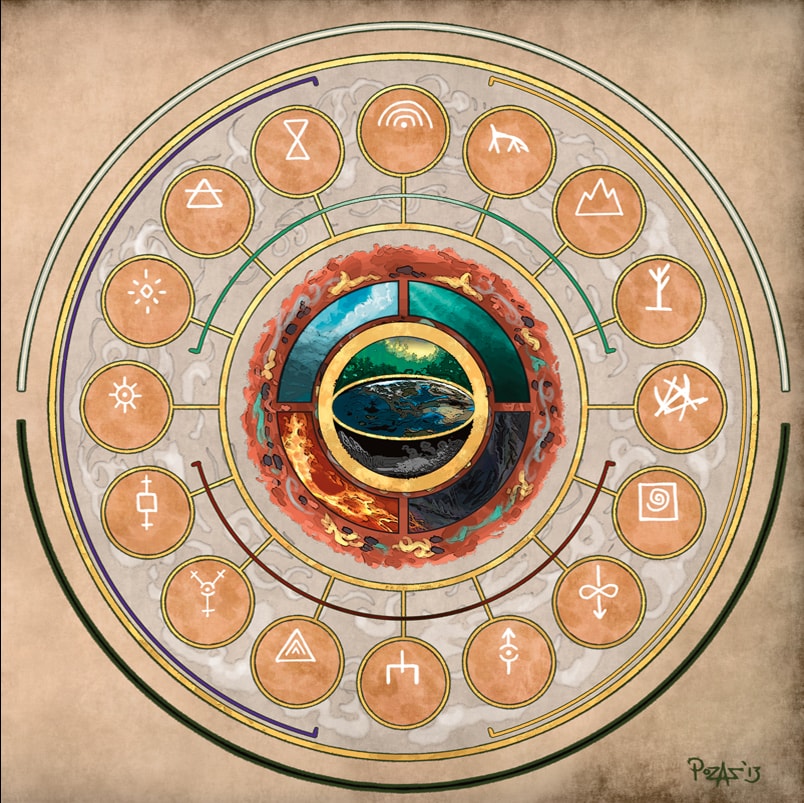 Image of the Great Wheel

Once I understood what the Maze Engine was, and generally how it looked, I had to figure out where it was located in the world. Now I won’t give too much away lore-wise on this... I don’t want to spoil anything for anyone. I will say that it is located underground within a chasm filled with lava. Once I gathered all my information it was time to start the map.

At this stage it works much like every map we make in the game. We create a general layout for the play space and use just enough props in the map to give the basic feel we are shooting for. Here is a shot during that stage. At this stage we pause and make sure the basic layout works with all the other parts such as what the game designer has in mind for the quest its self. Once it gets signed off I go ahead and fill out the rest of the map pretty much to completion. This includes final big and small prop placement, lighting pass and minimap and loading screen hook ups. 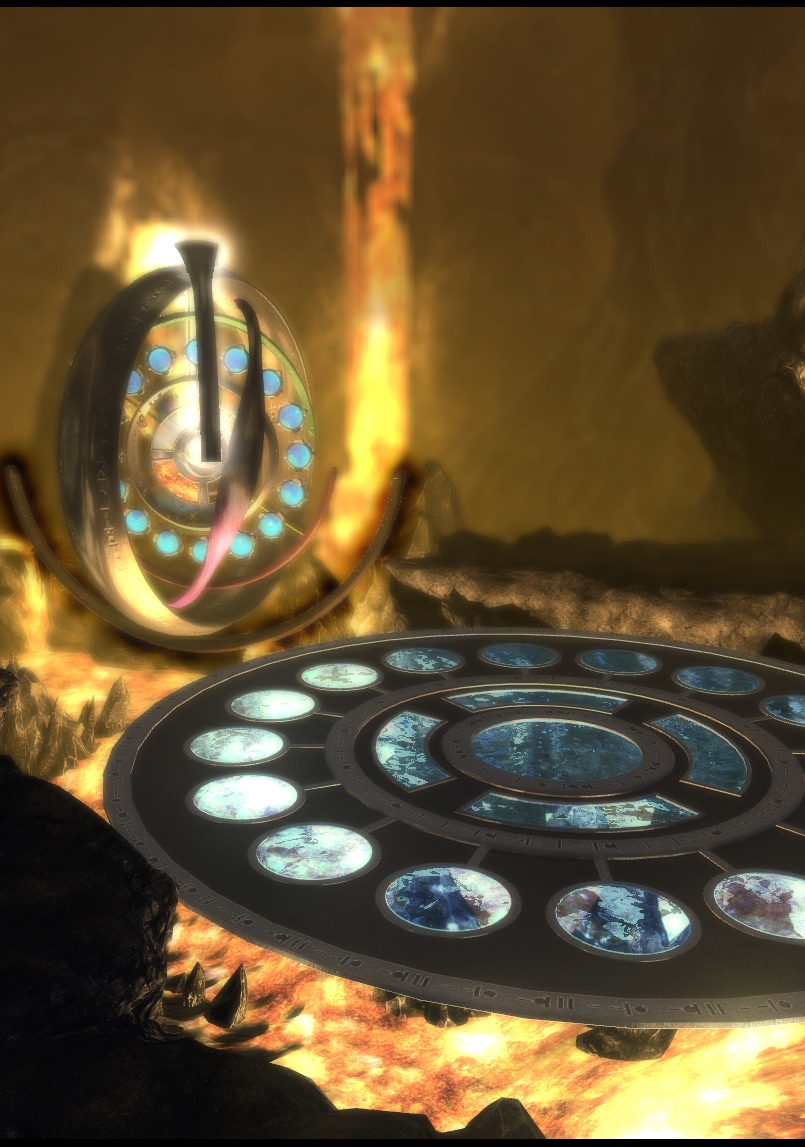 During your play through of the Maze Engine quest you will find yourself in the Abyss (Ed. Note: Spoilers!). When we were playing around with idea of the Abyss for this map we asked: why not put the player into an actual maze. Well turns out that’s what we did and its pretty awesome!

The creation of a maze in a video game is pretty straight forward. The designer comes up with a maze sketch on grid paper then translates that maze into the game on grid. Once the white box basic layout is in game I start to build the final look for the maze. I replaced the designer white box walls with final art as well as add some lighting and FX. 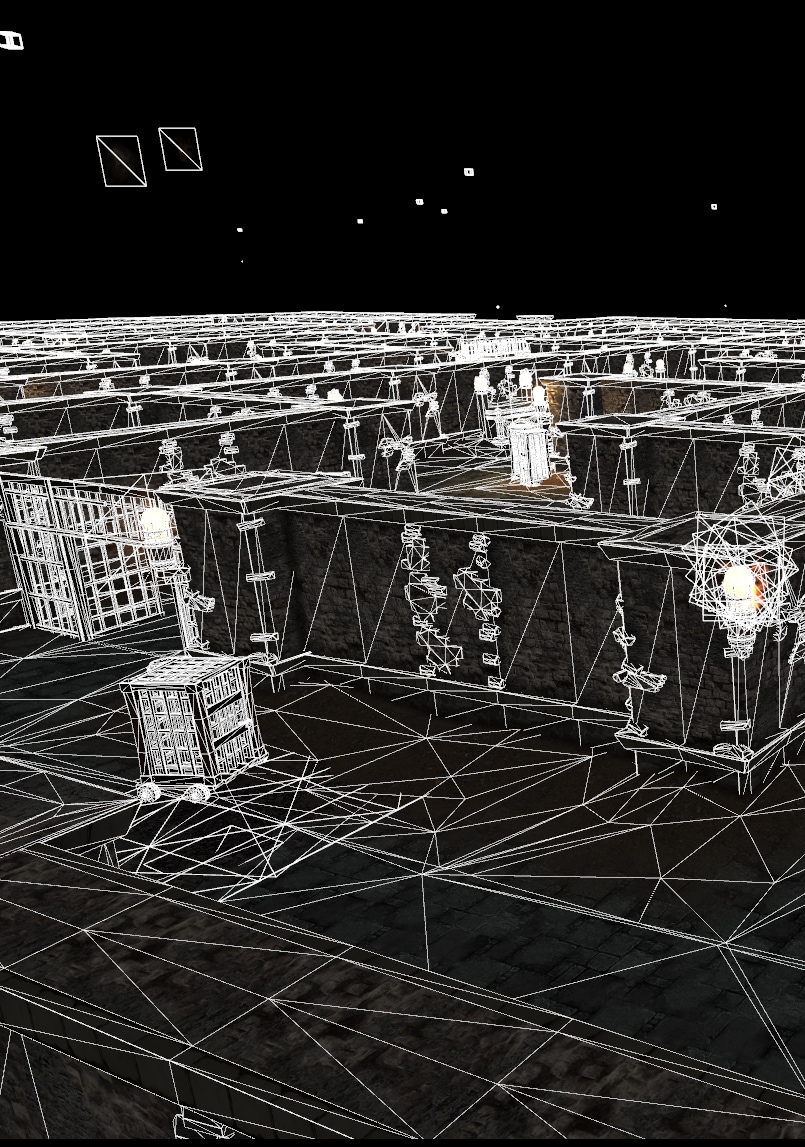 Image of WIP of the Maze

We wanted the Abyss maze to feel endless. We wanted the player to ask two questions when they showed up here: 1) Where am I? And 2) How do I get out?  This is when we had the idea to make the ceiling a maze as well. When you look up you don’t see a sky, you see an upside down maze. Not only is it there, but it’s moving and bits of dust from the grinding of stone falls down towards the player. This really pushed home the idea of making the player feel like there was no way out and that they really were in some Abyssal maze. Here is a shot of one section of hallway in the maze. If you look at the top of the image you will see the ceiling maze. Image of the Abyssal maze

This map was really fun to work on. The maze portion makes this map stick out as one of the more unique environments players will have a chance to explore. I’m looking forward to you all giving it a go once The Maze Engine update goes live!

See you all in game!