The ancient war between the gith and the illithid has spilled into Undermountain – and beyond! In Neverwinter: Uprising, adventurers are called upon to infiltrate areas of conflict, search for enemy commanders, face powerful new foes, and travel to Stardock – the gith base hidden inside an asteroid. This module introduces the new gith playable race and a chance for players to face Halaster Blackcloak in a new 10-Player trial! 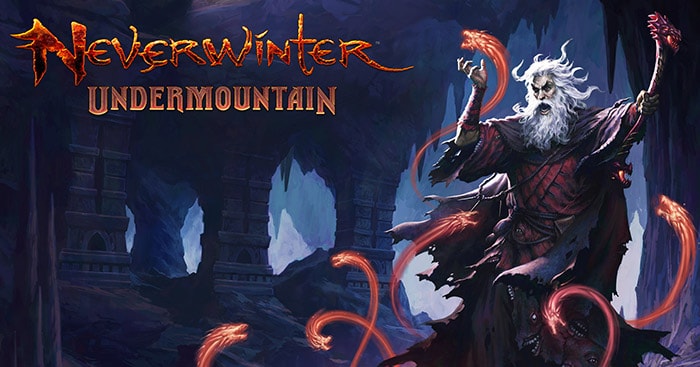 Neverwinter: Undermountain beckons players to enter the realm of the Mad Mage himself, Halaster Blackcloak, and face the immense dungeon beneath Waterdeep! In Neverwinter's biggest expansion since launch, players will team up with Durnan, proprietor of the famed –and new player hub!- Yawning Portal to seek the truth behind the mysterious visions and forces beckoning Faerûnians to the halls of Undermountain. With a new level 80 cap and a complete overhaul of class powers and feats, players will also get to experience vast new Adventure Zones, a new Endgame dungeon, and much more! 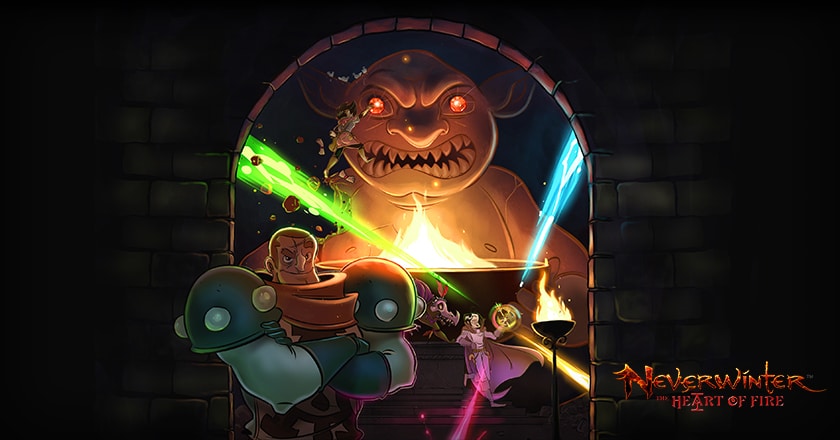 Neverwinter: The Heart of Fire introduces an original Acquisitions Incorporated adventure, penned and voiced by Jerry Holkins and Mike Krahulik of Penny Arcade. Start your internship with the assistance of druid and documancer Walnut Dankgrass, voiced by Amy Falcone. Prove yourself worthy to Omin Dran and bask in the privilege of being in the presence of Jim Darkmagic. You may also be asked to face a Deep Crow, but remember that overcoming ones fears is its own reward! Neverwinter: Ravenloft whisks players into the mists and through the gates of Barovia! Travel to the Deminplane of Dread with special assistance from the Vistani to rid the land of Barovia of its curse. Enjoy a completely new campaign, use Tarokka cards to influence your Hunts, and beware the effects of the Day/Night cycle on the creatures that roam these lands! A new dungeon, Castle Ravenloft, will bring players face to face with the vampire Strahd von Zoravich himself! Neverwinter: Lost City of Omu continues the Chult storyline and campaign. Players must now face the wicked lich Acererak, explore the decaying ruins and labyrinthine tunnels of the Undercity, hunt down new monsters, and survive the Curse of the Death God end-game trial! Neverwinter: Tomb of Annihilation takes players to the dangerous jungles of Chult in search of the source to a death curse affecting people across the Sword Coast and beyond! Adventure alongside master explorer Volotham Geddarm (voiced by Chris Perkins), meet the Merchant Princes of Port Nyanzaru, and face the beasts that roam the jungles! The new Tomb of the Nine Gods dungeon is filled with traps and puzzles while Volo’s Hunt system will provide great rewards to those who survive! 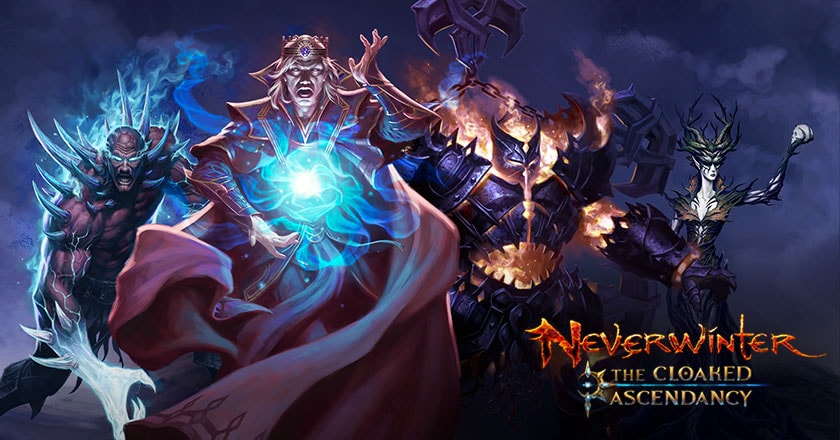 Neverwinter: The Cloaked Ascendancy invites players to return to the city after the harrowing events of Storm’s King Thunder to honor a fallen hero. However, a strange cabal of mages led by Gyrion the Ascendant have made themselves known and are prepared to wield their powers against the citizens of Neverwinter! Brave your way through the River District, battle against new monsters in the updated Spellplague Caverns dungeon, face the dangers of a new campaign, and more! Neverwinter: Storm King's Thunder featured the return of giants to the Sword Coast. Adventurers traveled to Icewind Dale to three new adventure zones featuring a story regarding the frost giants and the Ring of Winter. Additional characters from R.A. Salvatore made appearances in this expansion including Catti-brie and Wulfgar. A new tier of dungeon was also introduced with the monstrous Fangbreaker Island for those seeking a challenge. Will you brave the storm? 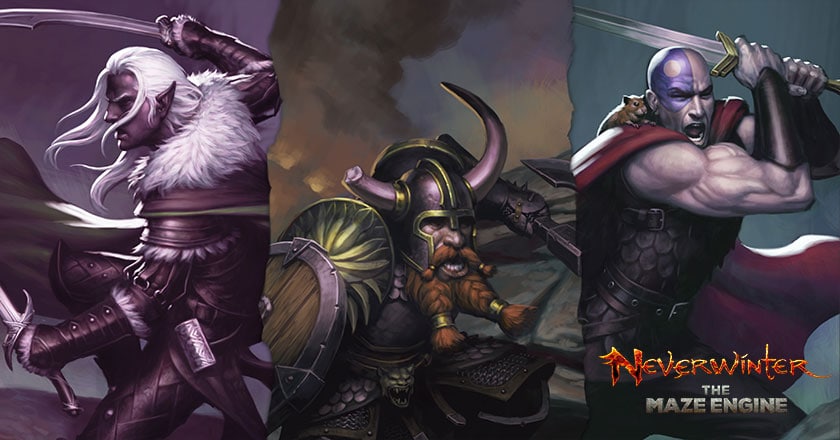 Neverwinter: The Maze Engine brought together characters from previous expansions such as Drizzt, Bruenor, Minsc & Boo, Linu and Makos in order to unravel the plans of the demon lord Baphomet, who seeked to use the Maze Engine in mysterious ways. In another part of Neverwinter, the demon lord Orcus has taken residence inside Castle Never in order to claim Valindra's dracolich as his pet. In this expansion, mounts also received a major revamp where adventurers may customize the look, speed and power of it. Will you escape the maze or be consumed by it? Neverwinter: Underdark enveloped adventurers in a world created by acclaimed author, R.A. Salvatore. Journey below the surface to a place where light is as scarce as safe passage. Demons have invaded Neverwinter, and it's up to you to find out how to destroy them before they swarm us. Team up in a questline written by R.A. Salvatore, where characters like Bruenor Battlehammer, Pwent, Regis and Drizzt Do'Urden show up to aid you in your quest to take down the demon lord, Demogorgon in an epic 10-man raid. Do you dare to descend? Neverwinter: Strongholds brought guilds together in order to foster a better community. Each individual guild would be able to take back their keep from surrounding enemies in order to build their home the way they see fit. As the largest map in Neverwinter at the time of launch, there was plenty of territory to discover, Heroic Encounters to complete and greedy dragons to slay. Guild members worked together to donate all sorts of items to their guild coffer and chose which structures to build, which would improve their teamwork and their power. Will you conquer or crumble?