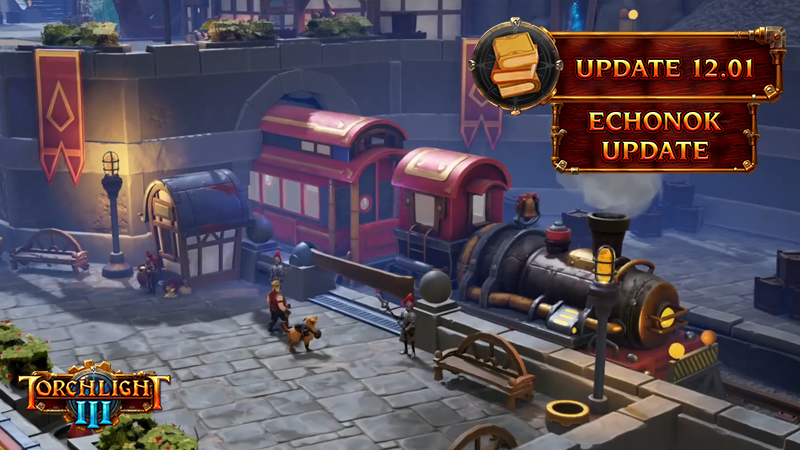 Act 3 is finally here and adventurers will now be able to wander the abandoned Dwarven structures that still remain locked away in the Echonok Mountains. Contracts and Fame are now available and players will be able to begin collecting all the unlockable loot by earning Fame through quest completion and defeating challenging enemies.

The dusty halls of the industrious dwarves echo with the shrieks of the voltura and clank of the automatons. This abandoned ruin is where the final act of Torchlight 3 takes place. Long-abandoned machinery and watchful clockwork creations are being looted by the avian voltura, who are allied with Mother and the netherim. Blast, break, crush and crash your way through monsters, traps, champions, and bosses as you complete the Torchlight 3 storyline. 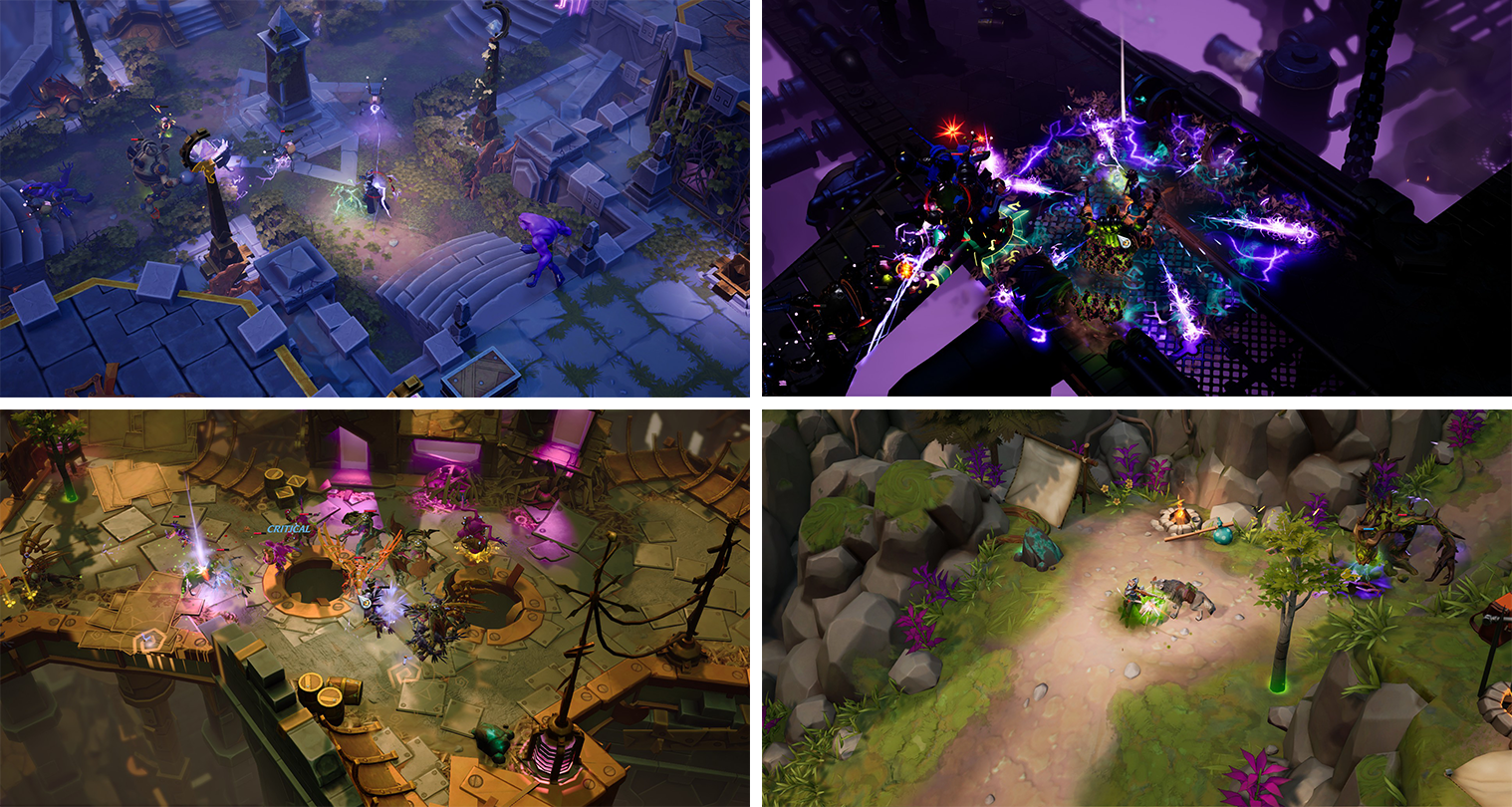 “When we started building Echonok Mountains, we wanted two contrasting epic settings: vertiginous mountaintop vistas and classic dungeon crawls,” Senior Game Designer Shawn Stone explains, “perhaps compensating for their reduced stature, the dwarves tended to build their mountain halls at a towering, epic scale.” Contrasting with that careful craftsmanship are the ramshackled shanties that the voltura have hacked together atop the dwarven ruins, like metal nests among a dwarven necropolis. We built a variety of dwarven machinery in the environment to bring the setting to life and give the monsters plenty of locations from which they can emerge. The story climaxes in a satisfying boss fight that evokes some of the best things about Torchlight. We can’t wait for you to visit.

Contracts are a way for players to gain and grind loot through the collection of Fame. Defeating challenging monsters of varying types as well as some quests will earn you Fame. With three (Adventurer, Craftsman, and Homesteader) full Contracts worth of loot, including pets, resources, recipes, fort decorations, extra character slots, stash tabs, and more, players will have loads more content to earn and collect.

We received so much feedback after launching into Early Access, so let’s discuss some of the changes the community has directly influenced.

In addition, here are a few other updates that deserve a callout.

With all of that said, we hope that you peruse the patch notes with the same amount of awe as I did. 19 pages of patch notes is pretty awesome for our first major patch.

We know there are many other issues and suggestions that have been added to our Support Center. Many are already in the works for a future patch and we hope to provide more details for those as we get closer to the second major patch.

Thank you again for all the support, bug reporting, and gameplay feedback! I’ll see you again on the frontier soon!

Note: this only works for traps without a delay. Traps with a delay will still trigger the VO, even if they would fail to trigger anything after the delay is done.

Designer's Note: This was just too powerful and, with points put in to reduce the charge time of Hammerspin charges, made it too much of a free travel skill.

Designer's Note: This is to resolve the fact that 3% heal was too weak with a single target, but totally way too powerful when you're fighting a huge group of enemies. So now it can be effective against one or twenty targets, while still providing a satisfying amount of healing.

Designer's Note: This skill was flat out broken, resulting in players getting too many goblins not only per cast, but also overall,