Voyage to Saturn and Beyond 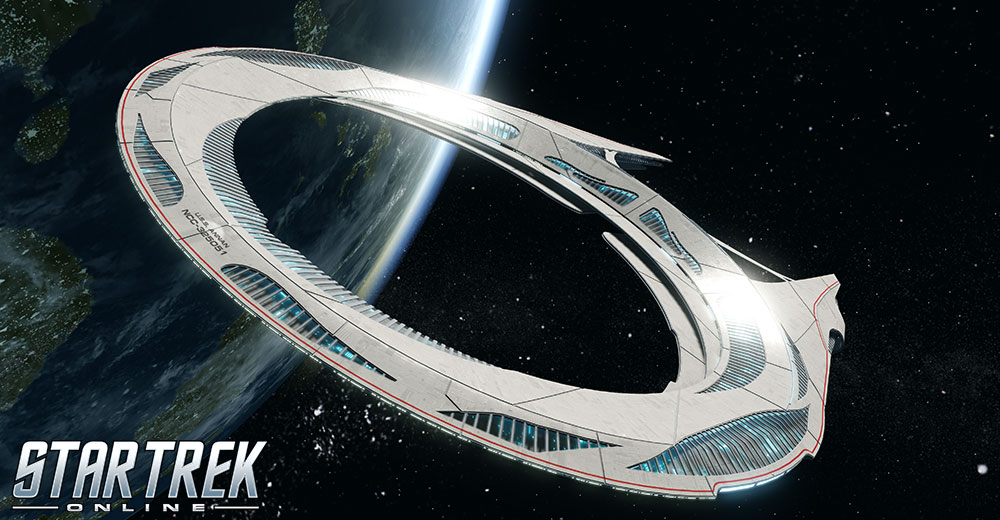 The Infinity Lock Box continues its run, offering players their chance to choose their preferred prize from most of the retired Lock Boxes. And it will soon be updated with the addition of yet another all-new Starship!

Starting on December 7th, 2021, players on PC and Console will see the addition of the Saturn-class Intel Science Spearhead (T6). This eye-catching Federation starship could be seen filling out the fleets of the 32nd Century Federation during Season 3 of Star Trek: Discovery. In addition, on Console, the United Earth Defense Force Vessel [T6], will also be joining the Infinity Lock Box on the same date.

The distinctive ring-like design of this ship's primary hull was dubbed the Saturn-class by its Sol-based engineers early in its concept phases, in honor of the breathtaking rings found around its namesake planet. The design is more than just esthetic though, as it allows for experimental torus-shaped deflector shields and warp fields. This intriguing shape allows this class of starship to utilize the negative space within the ring to isolate and study dangerous phenomena at close proximity, as well as pioneering more efficient methods of energy manipulation for space flight at both impulse and warp scales. The latter of these breakthroughs proved to be even more valuable to the remnants of the Federation after the event known as The Burn.

This ring-like turret is created by employing programmable matter arrays, which is also further employed to project its accompanying disc of high-velocity abrasive material. This ring of particulates can tear into enemy starship hulls, and even strip armor in the process, both dealing kinetic damage and rendering foes affected by it to be more susceptible to other sources of kinetic damage.

This console also provides a passive bonus to Hull Penetration and Shield Penetration with Starship Weaponry.

While this trait is slotted, if you or an Ally within 5km are below 50% Hull, immediately restore 10% of their Maximum Hull then an additional 20% over 10 seconds. This effect may not be triggered more than once every 60 seconds by default, but activating Science Team or any Intel Bridge Officer Ability will reduce this lockout by 10 seconds per activation. 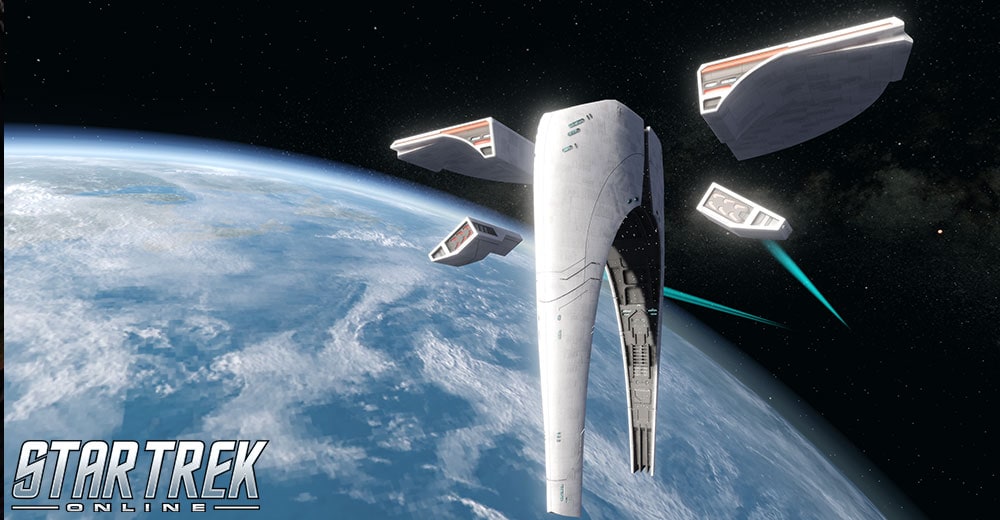 Starting on December 7th, 2021, players on Console will have the chance to obtain and captain the United Earth Defense Force Vessel (T6). This formidable defender of Planet Earth was seen defending the homeworld of the human race in Season 3 of Star Trek: Discovery.