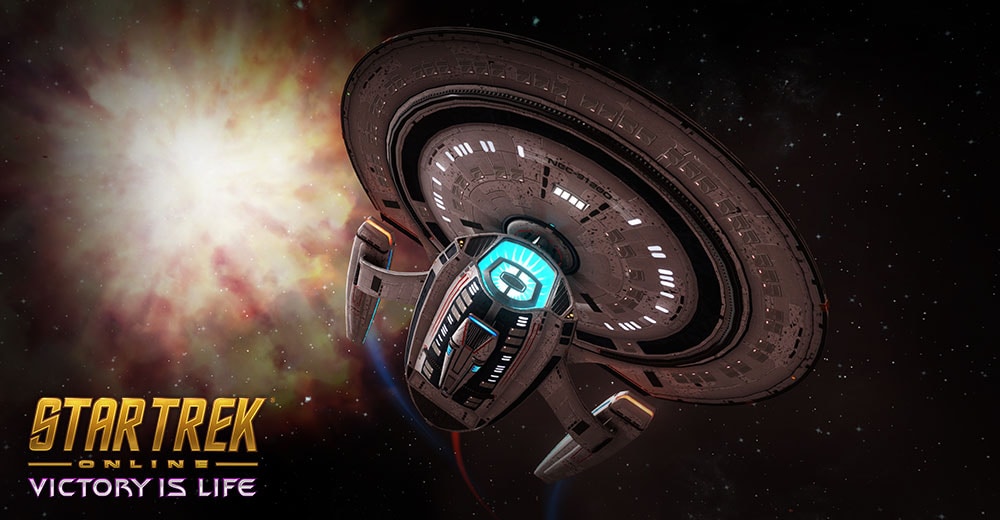 Later this week, two brand new ships are coming to PC. The New Orleans class, updated in 25th century to the Lafayette Class, and the Klingon Empire's Ketha-class Recon Raptor, will soon be available for purchase in the C-store, both individually and as a bundle. In addition, the bundle will be 20% off for the first weekend it's on sale! You'll be able to find more about them in our stats blog tomorrow, but first, here's a look at the design and philosophy behind these new ships.

In these trying times, constant conflict and ever-present hostility have made exploration and reconnaissance at the edges of the frontier an even more dangerous endeavor than normal. The Recon Destroyer has been designed in response to this galactic atmosphere, providing a distinct combat-focus to a ship that is otherwise dedicated to scientific study and intelligence gathering.

The Lafeyette-class is a modern re-design of the classic New Orleans-class, which first came into service with Starfleet in the mid-2300s. 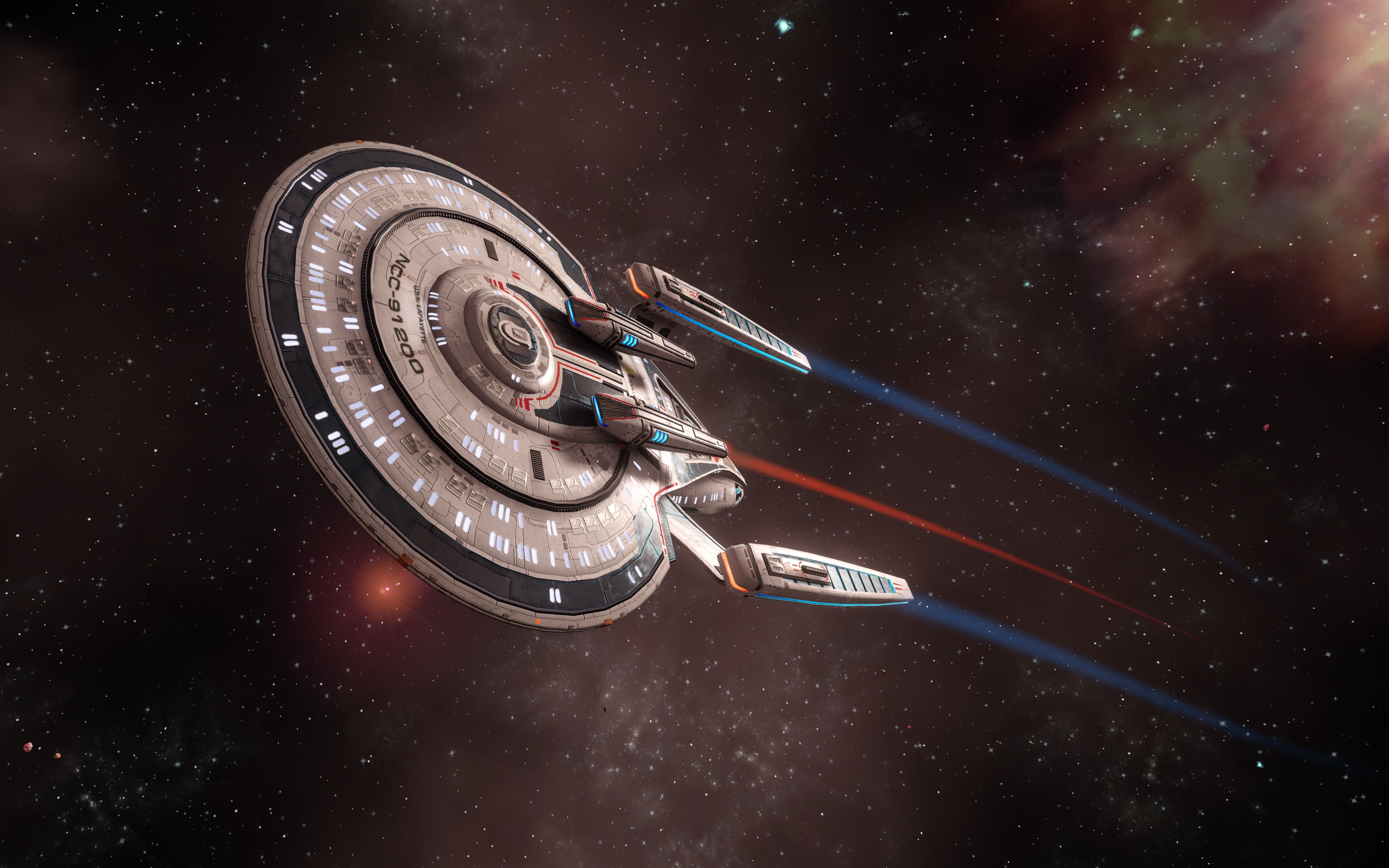 The Lafayette-class Recon Destroyer provides a middle ground between the toughness of a cruiser and the maneuverability and firepower of an escort. It can mount heavy canons and an experimental weapon, and comes equipped with the powerful Hyper-Focusing Trinary Arrays console. 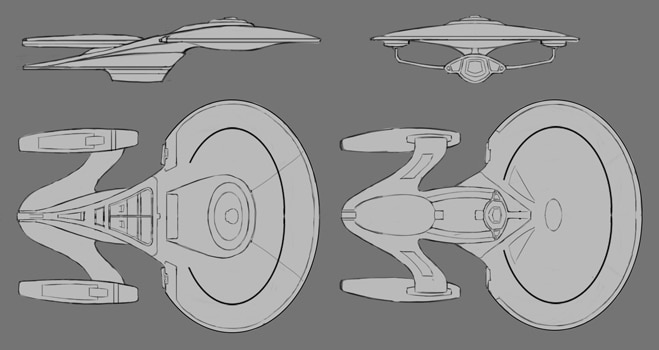 The New Orleans-class starship was one of the many “graveyard ships” scene in the wreckage of Wolf 359 in the TNG Episode “Best of Both Worlds.” While quickly assembled to fill out the roster of Starfleet for a long-distance background shot, the ship still managed to capture fans’ imaginations with its distinct take on the Galaxy class aesthetic and its large mission pods – made from highlighter markers.

Getting the New Orleans into Star Trek Online has been a long-standing goal, but since STO is set 30 years after Nemesis, we also wanted to evolve that design into something contemporary to the 25th century Starfleet aesthetic. Thankfully, we had an established blueprint to work with: the Andromeda-class Exploration Cruiser.

The Andromeda-class was a 25th century evolution of the Galaxy class. Designed and modeled by STO Lead Ship Artist Thomas Marrone, it adapted the Galaxy class’ elegant curves to a slightly more aggressive posture. Inspired by the “stretch” effect that happens when the Enterprise-D goes to warp, the Andromeda is meant to always feel in motion, even when it’s sitting still.

Since the Andromeda was introduced, it has been the basis for the modernization of other Galaxy-class inspired designs: The three-nacelle Galaxy Dreadnought was upgraded to the Yamato-class Dreadnought and the Nebula class was updated to the Sutherland class. Now it was time to update the New Orleans into the Lafayette class Recon Destroyer.

The situation was a little different this time around as we had not had the New Orleans in the game previous to the “upgraded” version joining the game, so we decided to create both the canon ship and its 25th century counterpart. With STO’s starship customization system, players could choose which look they wanted.

The design language of the Andromeda has proven to be just as robust for us as the Galaxy-class design was for the model-makers who worked on Star Trek: The Next Generation. We’re excited to be adding another ship to the game and hope that whichever version of the Recon Destroyer players choose to fly, they will enjoy their time exploring the final frontier! 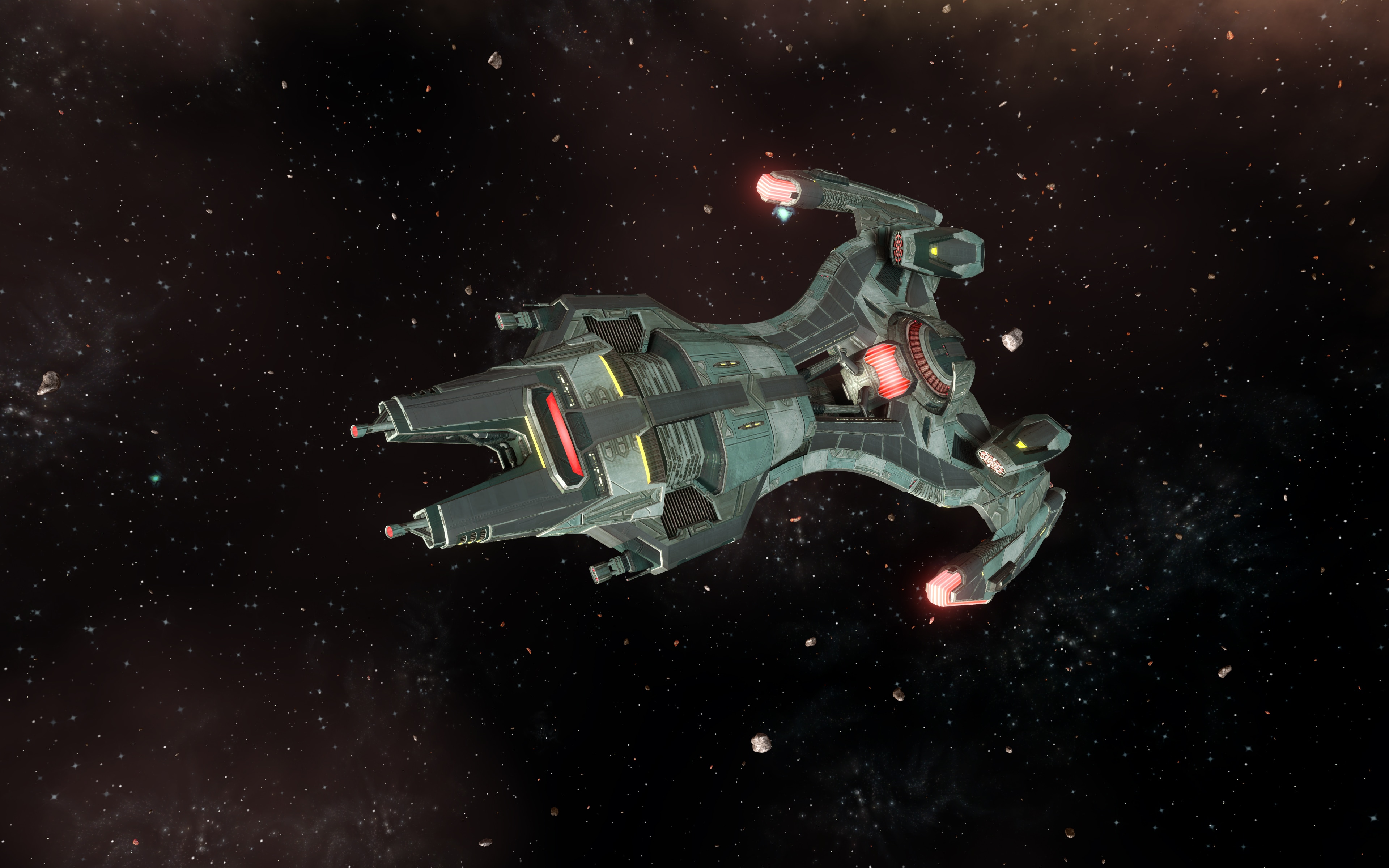 The Ketha-class Recon Raptor is a stealthy escort with a Science flair. A powerful warship, it can cloak, mount dual canons and an experimental weapon, and comes equipped with the Hyper-Focusing Trinary Arrays console. 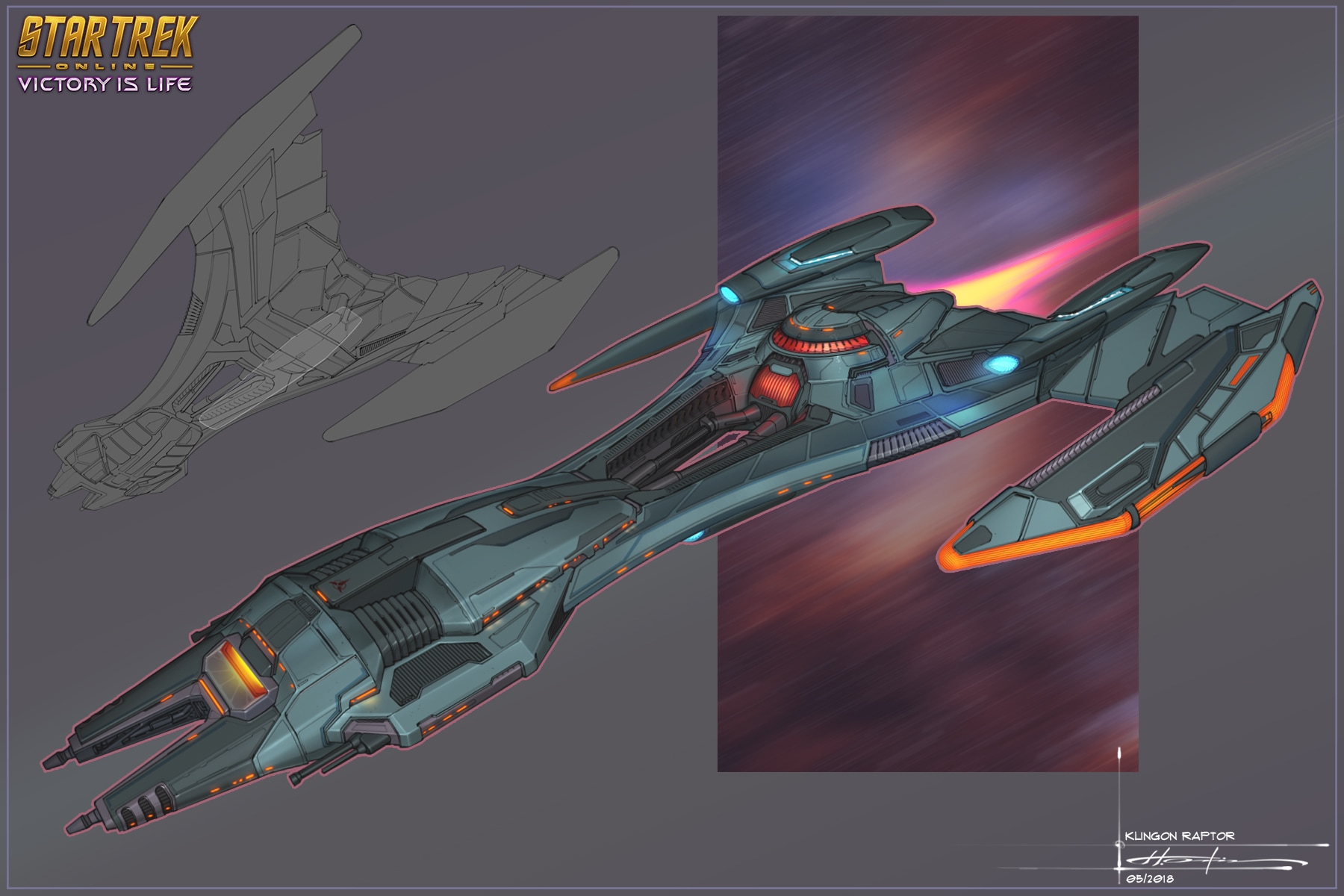 When we decided to add the New Orleans to Star Trek Online, we knew we would need a Klingon counterpart and decided that a new raptor type ship would be the appropriate companion for the New Orleans.

Raptors are small-to-medium sized Klingon escorts that first appeared in Star Trek: Enterprise. They have their own unique set of proportions and we have expanded on the Raptor design language many times in STO.

For the Ketha-class Raptor, STO concept artist Hector Ortiz started by taking the footprint of existing Raptors and sketch iterations on top of them to see how this new Raptor might be different.

He experimented with a variety of approaches, including taking inspiration from the new Klingon ships seen in Star Trek: Discovery. These sketches featured lots of repeated elements (giving the design a skeletal flare) and fine details, reminiscent of some of the ships seen at the Battle of the Binary Stars.

Another important detail to consider was the signature pods that would be present on the Lafayette and New Orleans. We knew the ships’ special ability would be related to these pods, so since the Ketha would have this ability too, it needed similar pods in its design.

Eventually Hector tried removing the interior space of the traditional raptor arrangement, creating a large section of negative space that would let players see the signature pod through the top of the ship. This also allowed him to put the traditional Klingon piping on the inside, and gave the ship a very distinct visual identity when compared to its other Raptor siblings.

The design finished, STO Ship Artist Ian Richards modeled the ship and brought it to life in the game. Now Klingon captains will have a powerful and versatile new starship to command, ready to meet whatever would date to challenge the Empire in the universe of Star Trek Online!