As we come into a new module that is based around conflict, we thought it would a good time to make some updates and changes to PvP in Neverwinter. One of the first things I wanted to get into the game was a new map: Stardock Arena. This map is a triangular domination set up, floating in space near Stardock high over the world of Toril. The starting point is on a raised platform in the center, so right off the bat things get interesting. There are paths both high and low to get to the three capture points, with dangerous holes in the terrain that you can fall through or get pushed out and into the void.  This is a fast map in terms of travel, but with plenty of places to hide and sneak around if that better fits your playstyle.

The building of the Arena 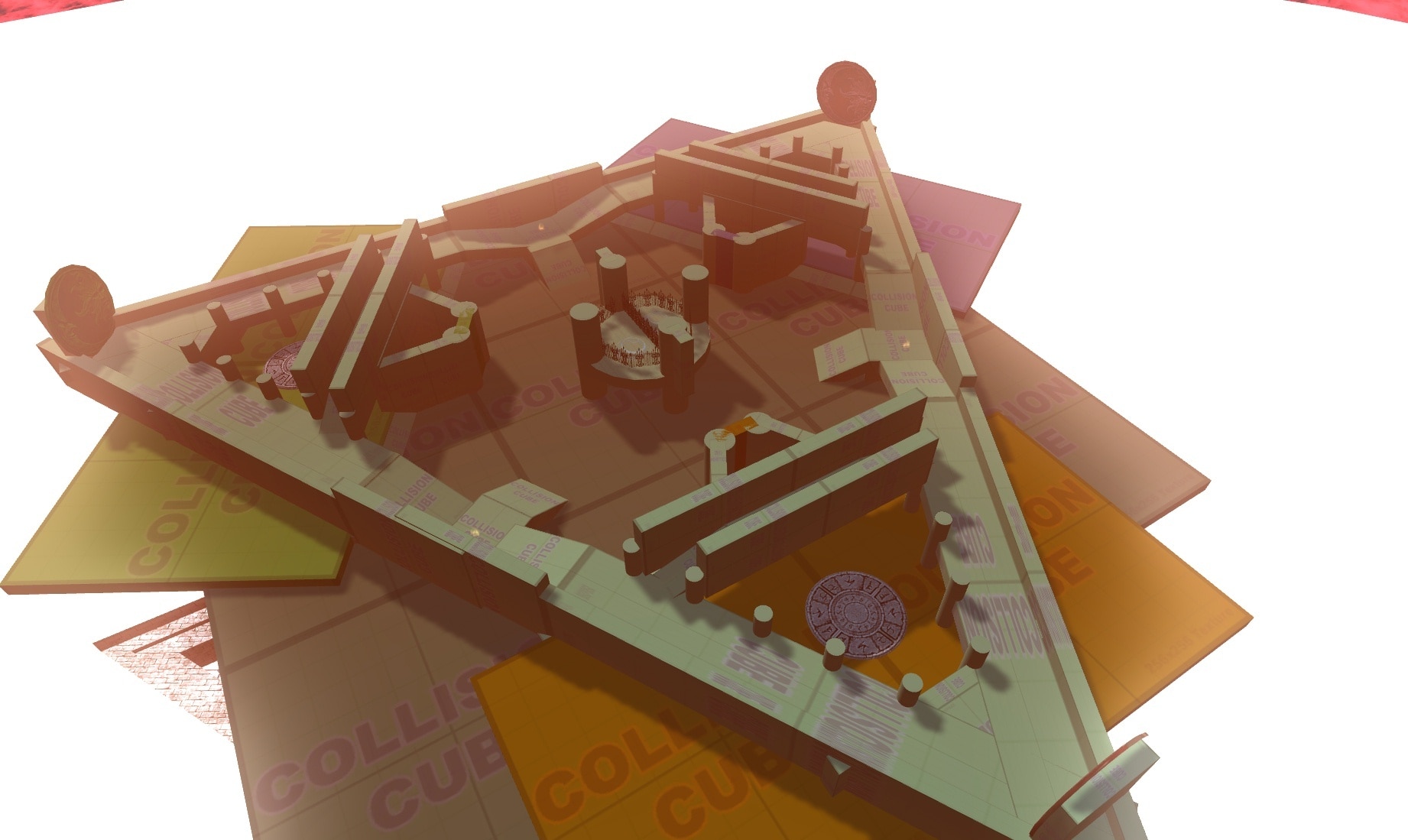 PvP maps are tricky as you don’t want to build them such that one side or another have an advantage to location or fields of fire. I built this white box based upon a design that we did some concept sketches for a while back. In the white box stage like this, we playtest the map over and over, working it from each angle and capture point and with various team configurations, making adjustments as we go. Once we were happy with the map, it was turned over to Jason Marquez one of our environment artists, to bring it to life! 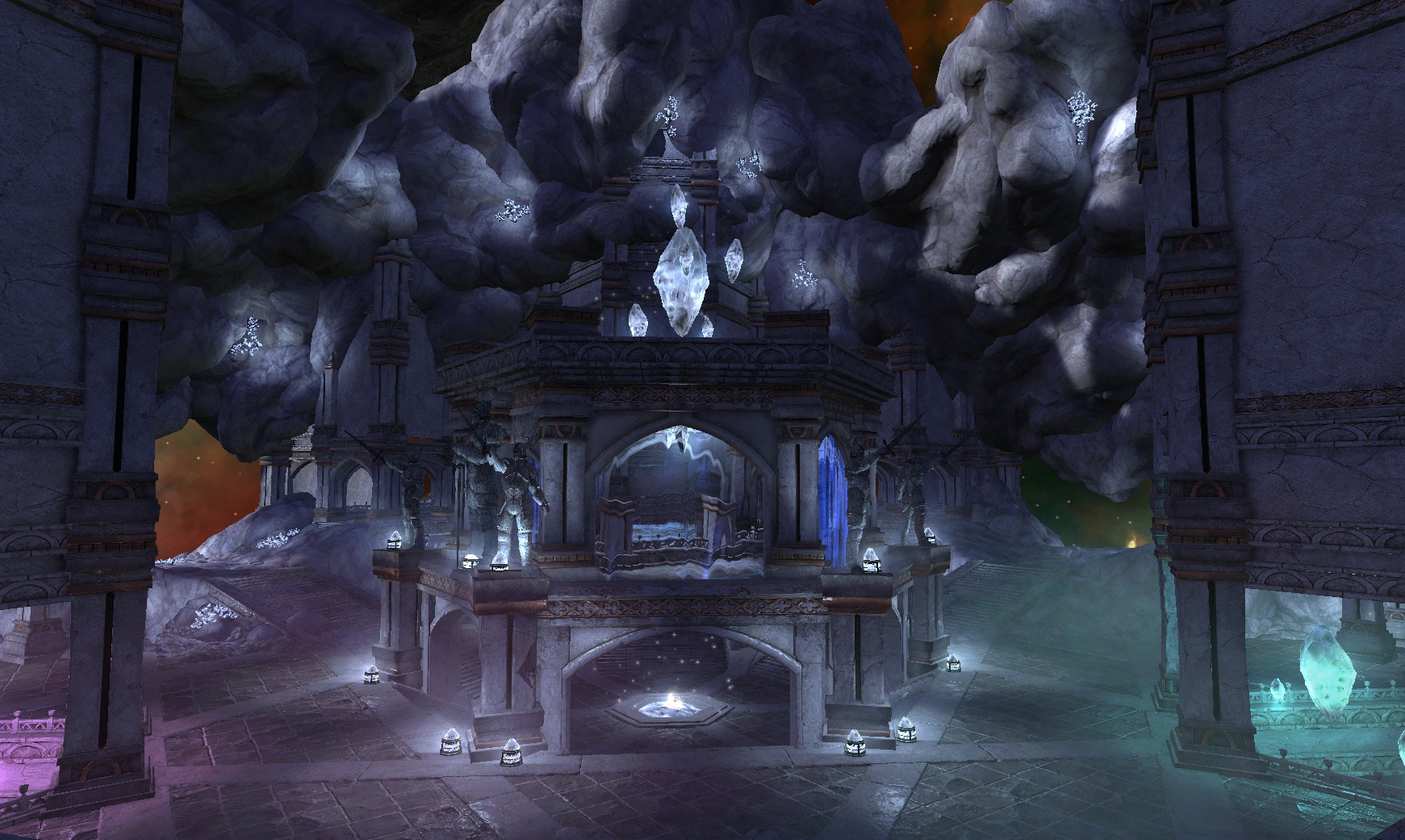 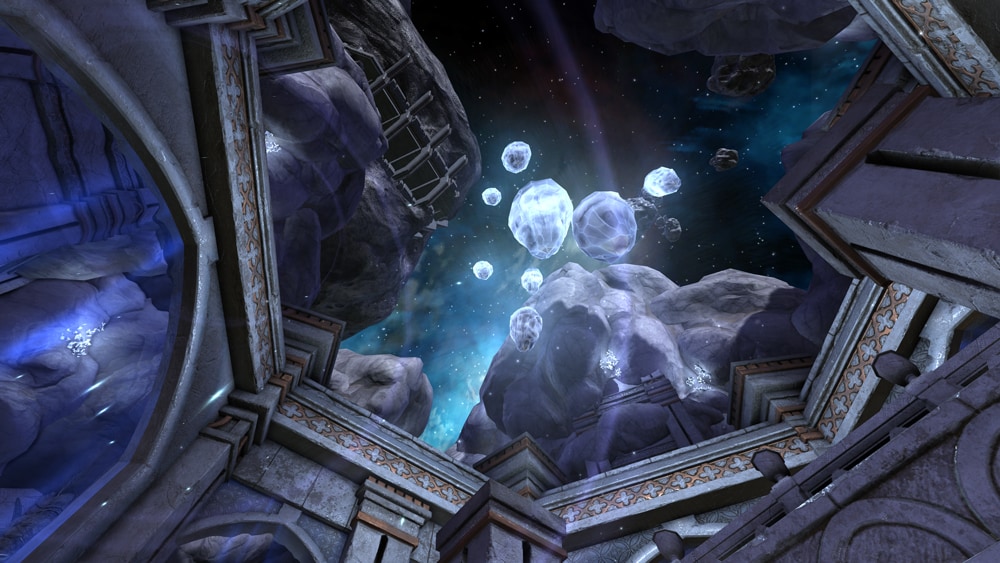 In addition to the new map we’ve made some other changes, in particular we’ve upgraded all the PvP consumables, with updated values on the Battle Potion of Minor Restoration and Battle Potion of Superior Restoration, which can be purchased from Doric Hammersmith who can be found in the trade of blades, or by your stronghold vendors.

In our playtests we realized how important action points were becoming, so we added an AP potion to the PvP maps. Some rotate with the health potions, and others are in new locations on the maps. 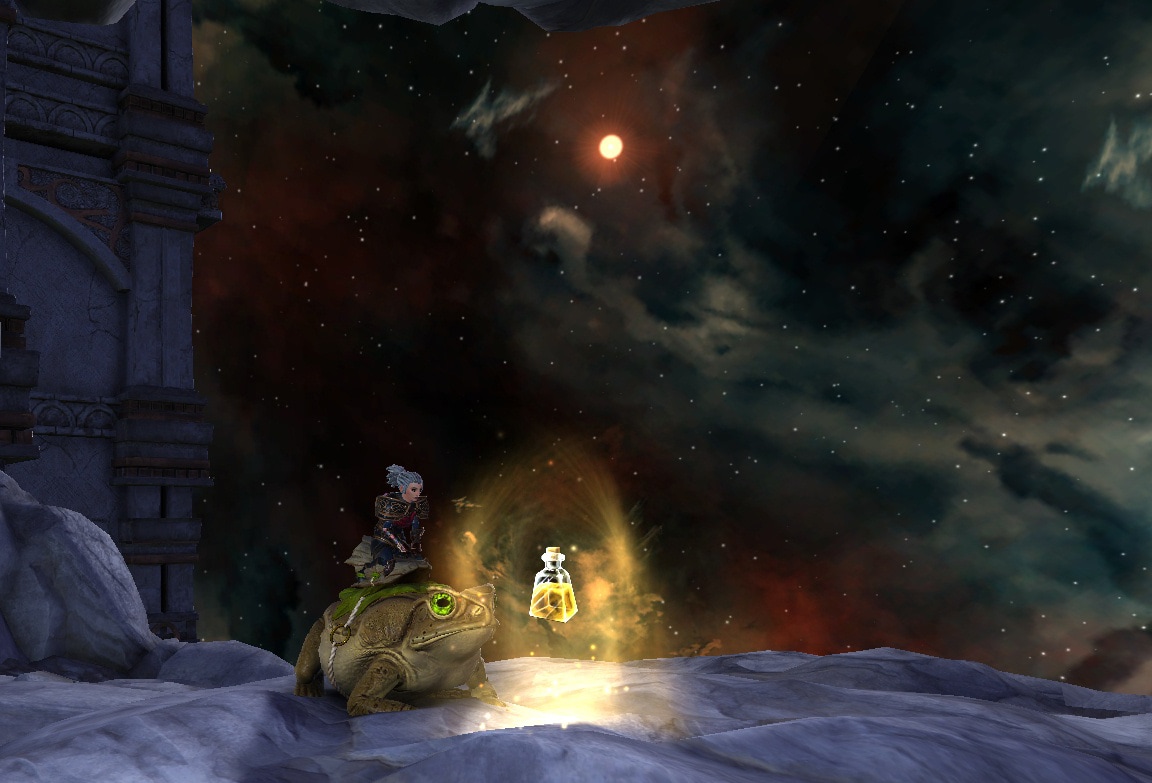 What will the future bring?

With this new map and gear, I’m sure a restart of the PvP season is not too far off, and who knows what else from there?

Cheers- and I’ll see you in the arena!