Hello everyone, I’m Nate Herzog, lead environment artist on Neverwinter.  I was the main dude responsible for creating Port Nyanzaru. In this blog I’ll be talking about the environment art process that got us from early rough concept to completion of Chult’s main Hub.

During our very short pre-production time the environment team and I sat down and discussed how we wanted to represent the city.  Our initial iterations involved the hub being a very small side section of the city, possibly a small port with one street and a few vendors.  We had some concept that portrayed a rough city surrounded by dense foliage.  Ultimately it was decided to take it more in the direction of the bottom colored image. 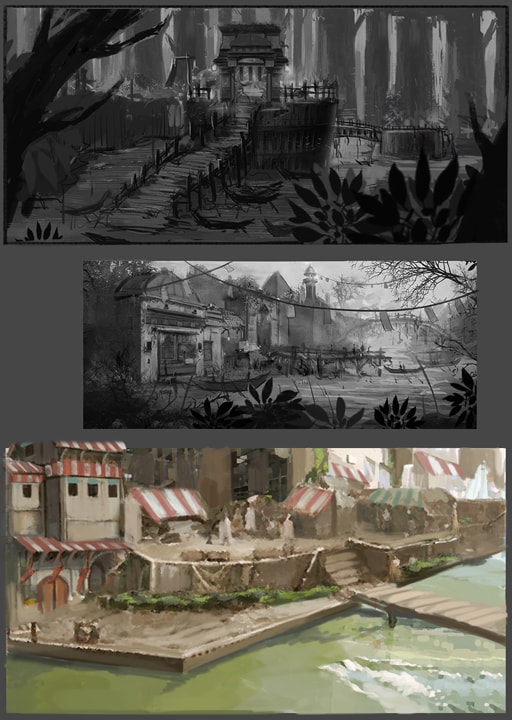 Once we made that decision we received a few other pieces of concept the look of the city began to come together.   We took it in the direction of this concept that included interesting triangle tarps to protect the vendors from the heat, large arches to accommodate the size of dinosaurs passing though and tall distant towers. 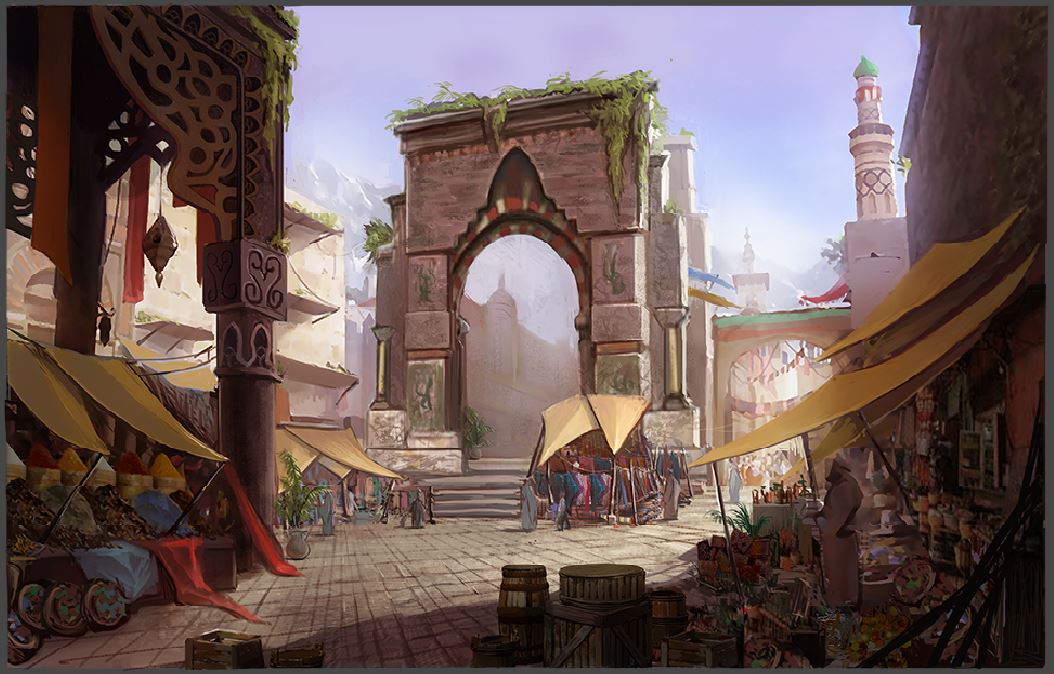 The layout of the city was partially white-boxed and after playing around with the space, spawning dinos and NPC’s in, everyone agreed the hub should be about two thirds larger and feel like a bustling city. 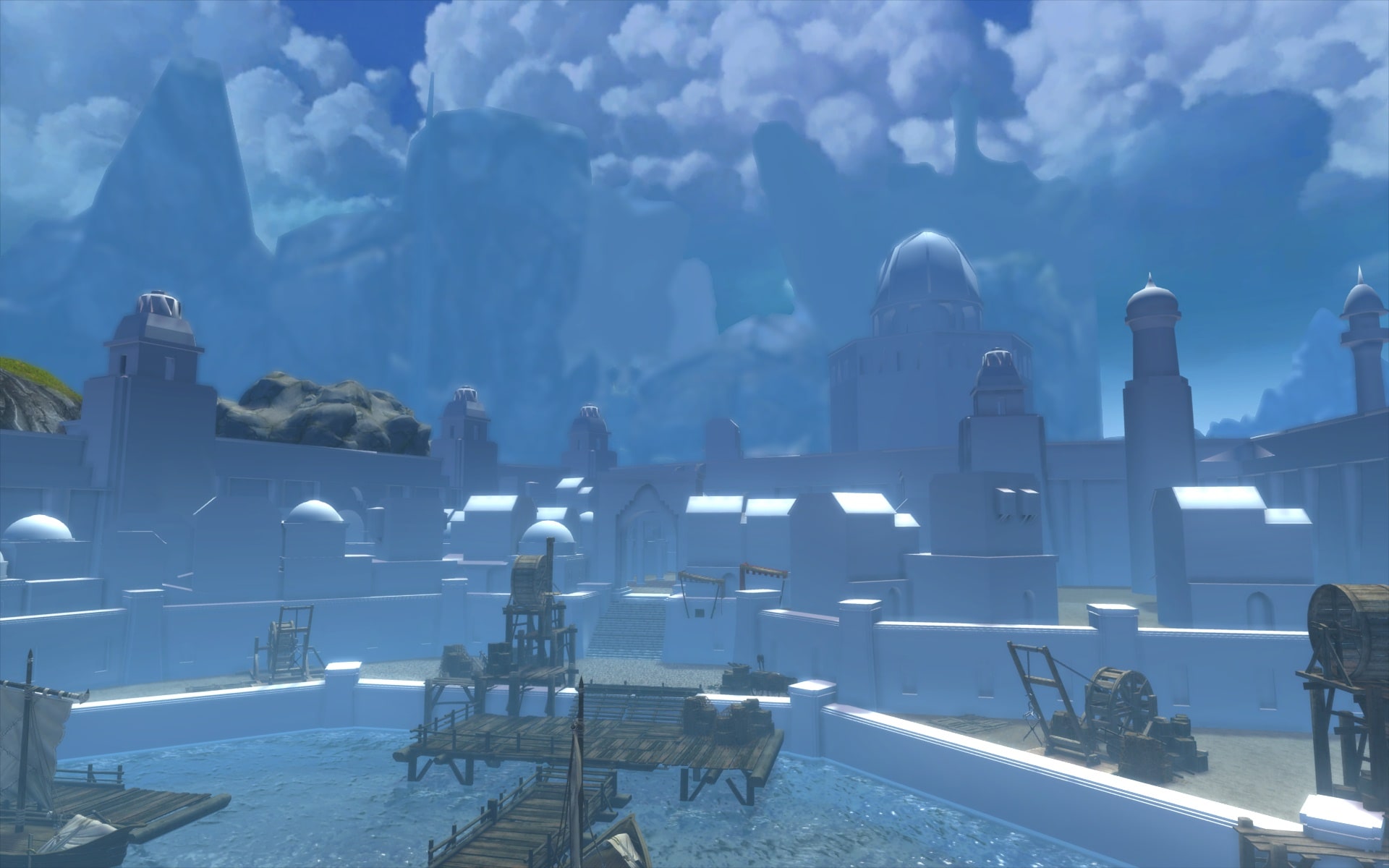 Building shapes were revised and changed as the white-boxing phase moved into world building.  Textures are being added to get the appropriate color we want and more areas were added to accommodate the story or specific quests. 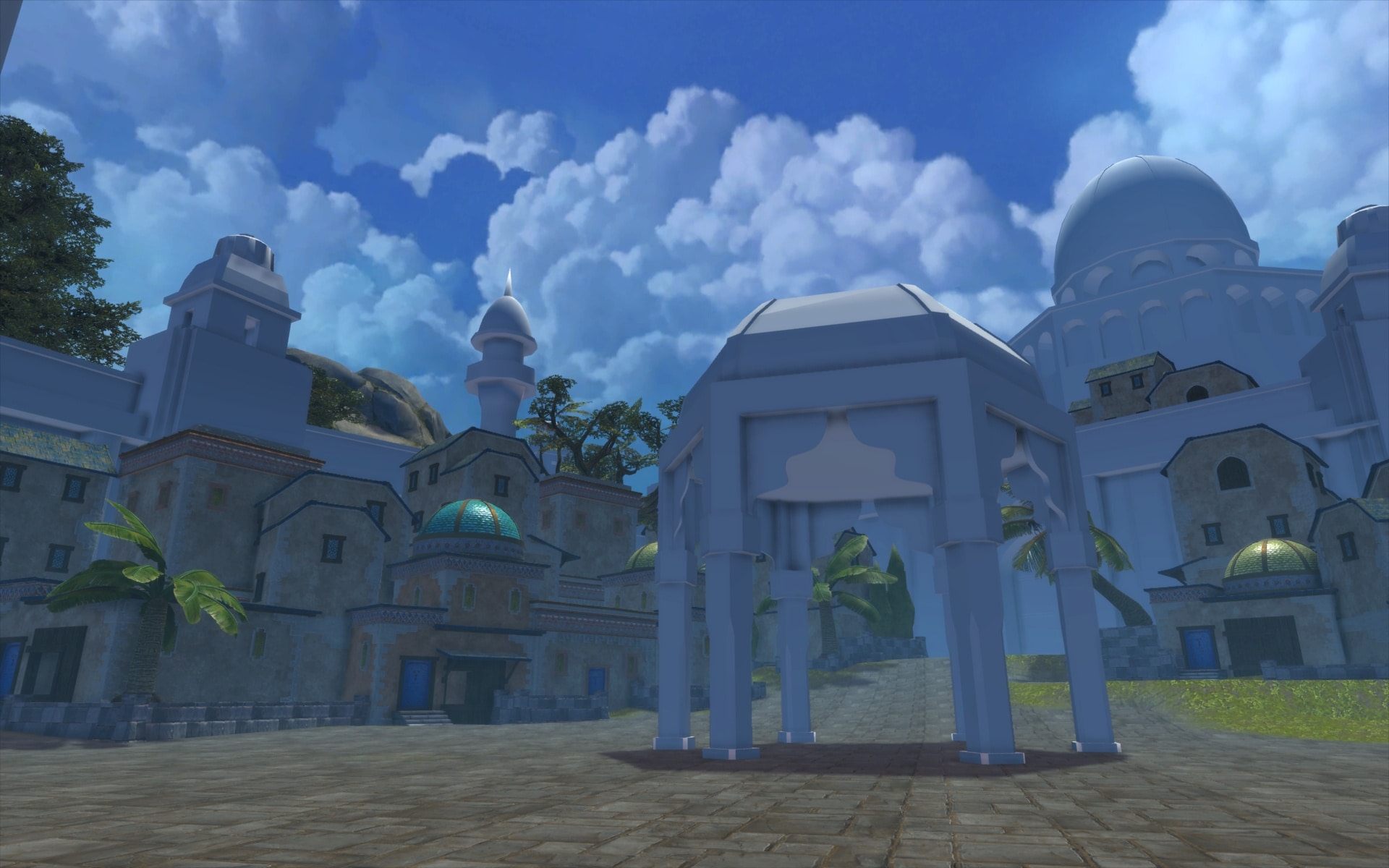 More color, detail, and textures being added and revised As we continue through more iteration and worldbuilding, textures and colors are being dialed in.  Many different sky files that contain different cloud variations, time of day, sun color etc. are swapped in from other environments to use as placeholder to give us an idea of what the finished city might look like with this color palette.  There are a lot of assets and materials here that still have to be created and more that have to be finished. 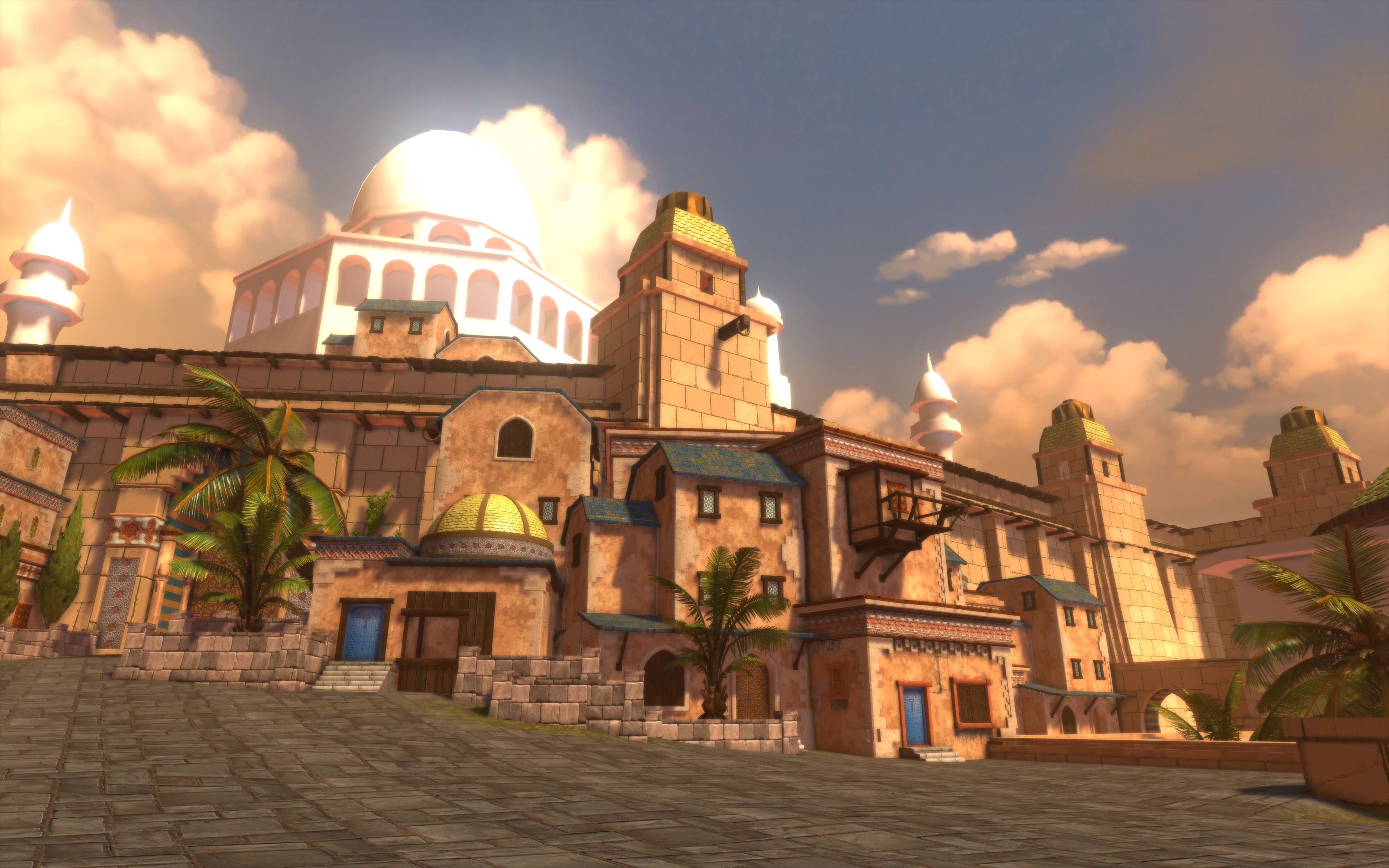 Another layer of the environment building cake being added

After many weeks of blood, sweat and tears we arrive at the final product.  As you can see a final pass at propping has been done which mostly involved adding a massive amount of foliage.  Tarps have been added to give the environment the sporadic color patches.  The textures and materials have all been fully defined and we have the final skybox in with appropriate lighting to give the environment a necessary hot jungle feel. Thanks for reading and I hope to see you in the Chult city of Port Nyanzaru!

Discuss in the official Forum thread!