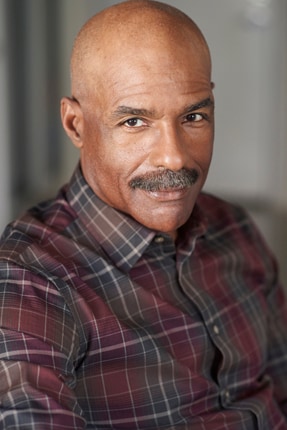 When we were ready to bring Michael Dorn into the recording studio to reprise his role as Worf for Sphere of Influence, one of the first things we thought of was the Klingon mission arcs.

With the launch of Legacy of Romulus, the Klingon mission flow was significantly updated and improved. Klingon Empire players have their own tutorial and can start at level one, instead of having to start at level 25, like previously required. We added new missions, and we overhauled the existing ones, to make them a more enjoyable and story-driven experience.

But we knew there was still more we could do. Adding Worf to the Klingon experience was a big step in the right direction. Now you fight alongside one of the heroes of the Empire. You help Worf and his family through a time of troubles and you see the resolution of a complicated father-son relationship. Being able to hear Worf’s voice during all that adds so much to the experience.

We were able to bring Dorn into the studio in mid-October. He was in Los Angeles, recording at a facility near his home. A small group from Cryptic was on Skype, listening in, answering questions and directing the session. It was an amazing experience hearing a Trek legend work, and being able to ask a few questions about the development of Klingons in Trek was an added bonus. 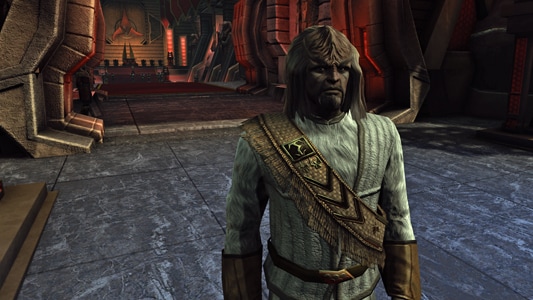 We’ve added other voices to the early Klingon missions too, as well as adding VO to cut scenes for a more immersive experience for KDF players. Dorn even performed the welcome message for Klingon players, so his is now the first voice KDF characters will hear in the game.

The updates are planned to go live with this week’s maintenance, just in time for you to make a new character, play some missions to level up, and then take a side trip to Q’s Winter Wonderland. Oh, and we’ve got a special promotion we’ll be revealing soon where KDF captains will be able to claim a free starting Bird of Prey from the C-Store! This will be perfect for new KDF characters – more details soon.

So if you haven’t made a KDF character, this is the time to do it! Come and see what we’ve added and enjoy the full KDF experience.