Greetings, adventurers! I’ve got some exciting news for you! I know you all love my Marvelous Game, so I can’t wait to see what you think of my good friend’s creation. Sorry? Who is my good friend? Why Portobello DaVinci of course!

Some of you may know Portobello from his live stage show at PAX Prime, which I hear went swimmingly. After reaching out to Portobello’s servant, Chris Perkins, we were able to put together what should be a memorable event. At this point I’ll let Portobello explain the rest.

[Editor’s note: We explained to Respen that Chris Perkins is, in fact, NOT Portobello’s servant, but rather the mad genius and Dungeon Master extraordinaire behind the D&D live shows at PAX Prime. The rest of this article talks about an event that will be running for the entire month of September.]

Yes, well, good day everyone. Though I don’t want to spoil anything for you, I suppose a small preview might be acceptable.

First and foremost, you’ll want to pay special attention to my campaign as it provides all of the guidance you’ll need to make it through this adventure alive. That is to say, it provides you a fighting chance at survival... In truth, you’ll all most likely perish. Through this campaign, I’m offering special rewards that are only available while my game is running. You can find more on that in the near future.

Once my game goes live you’ll find me standing with Respen on the event dais in Protectors Enclave. I’ll have a new mission for you to go to the Burrow Dawn Inn. Lovely place this time of year, I highly recommend it. You can get there by interacting with the tabletop version of the Burrow Dawn Inn next to me, or, if you’d prefer, you may speak to me directly and ask for assistance.

Now then... let’s talk about my game and the players therein. 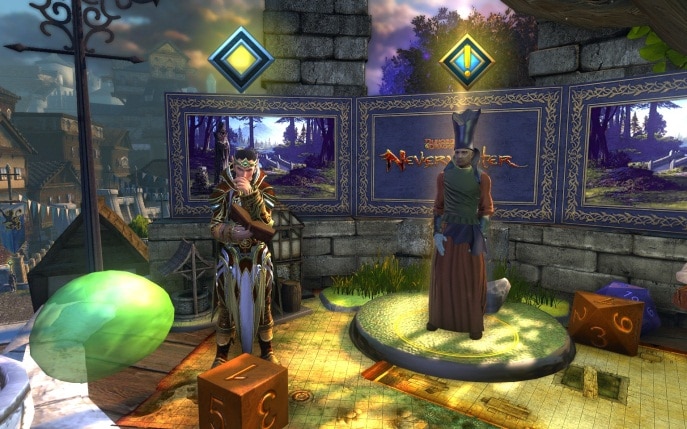 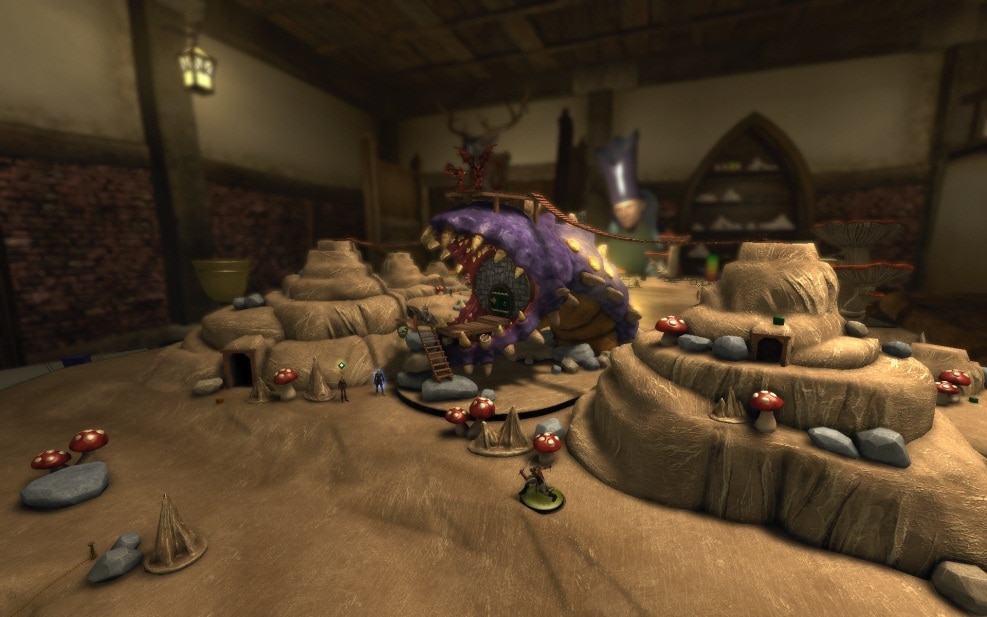 Congratulations, you’ve travelled to the Burrow Dawn Inn and managed to cheat death so far. Now it’s time to prove you have what it takes as an adventurer, as evaluated by chief evaluator Flabbergast. He has established a recruiting base at the Burrow Dawn Inn and is welcoming all comers. To prove your mettle, Flabbergast has set up multiple challenges that will test your abilities in six categories. Though I’m sure you won’t need any help, here are the challenges you can prepare for.

Proving you’re adequate isn’t just about hitting target dummies and hanging out at the Burrow Dawn Inn. Flabbergast has prepared adventures for you that will see if you really have what it takes to be worthy of recruitment.

Every week during the event a new test will become available for you daring adventures to attempt.

[Editor’s note: Each of the “tests” as described below are actually things players can queue for. Check the Queue tab and look for the Event header.]

Completing these tests will earn you Crystal Dice and Accreditation which can be used to complete tasks in my campaign.

Week One: Trial of Traps If you sign up for the first test, Trial of Traps, Flabbergast will take you to an Underdark dungeon filled with... well... traps, as well as angry Drow to fight. Rest assured you will be judged. Constantly. Attempting to complete the Artificer’s Workshop isn’t a task for the faint of heart. The whole place has been filled with a noxious gas emanating from a beholder tank that’s in for repairs. As you might guess, it’s in desperate need of cleaning as well. If you’re stout enough, you may be able to help Flabbergast “pay a debt” he might have “owed” for “something” that had nothing to do with you and this might “help” raise his opinion of you. 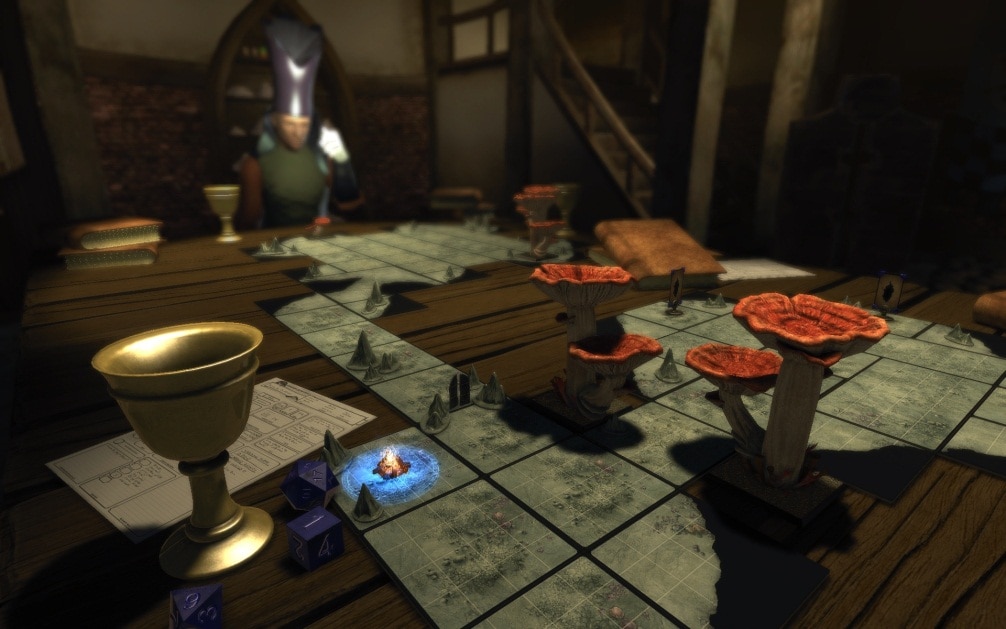 The caves near the Burrow Dawn Inn are infested with Cultists who are summoning demons in from other planes. This has caused some instability in the nearby area, which means an opportunity for you. Protect Flabbergast and make sure no rocks fall on his head. Beyond his cat, Mr. Snibbly, it’s his most precious possession. 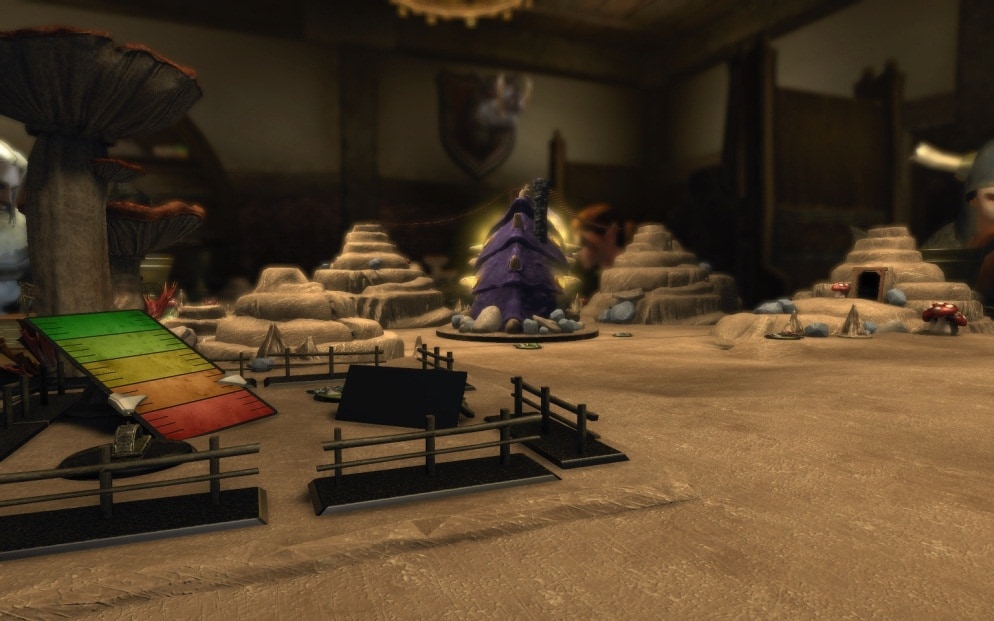 The training fields and race track have been trashed by denizens of the Underdark that have beset the Burrow Dawn Inn. Being an efficient and frugal evaluator, Flabbergast has brought you here to clean up the mess. Don’t worry about him missing any of the heroic actions you take while cleaning up the mess, he’ll have his green eye on you. I should mention that you’ll want to be on the lookout for a certain drow you might have encountered in the past. Usually as a friend, sure, but not this time. It’s entirely possible that his mind has been “messed” with. Try not to let him beat you up too badly as it wouldn’t look good on your evaluation sheet.

I believe that’s more than enough information for you. Good luck and good adventuring.

[Editor’s note: At this point Portobello and Respen both vanished. The rest of this article was written based on what we could gather after glancing at their private notes.]

This year you’ll be able to keep track of your progress with the campaign system. You’ll find one for Portobello and one for the existing Respen maps, each with their own rewards to unlock.

Being able to work with Chris Perkins was amazing. He wrote the dialogue for his characters and also contributed their voices. The recording sessions for his VO were side-splitting and he was great guy to collaborate with. If you liked the live game at PAX Prime, you’ll love getting to experience this new story with your favorite characters.

We can’t wait to see you in game!