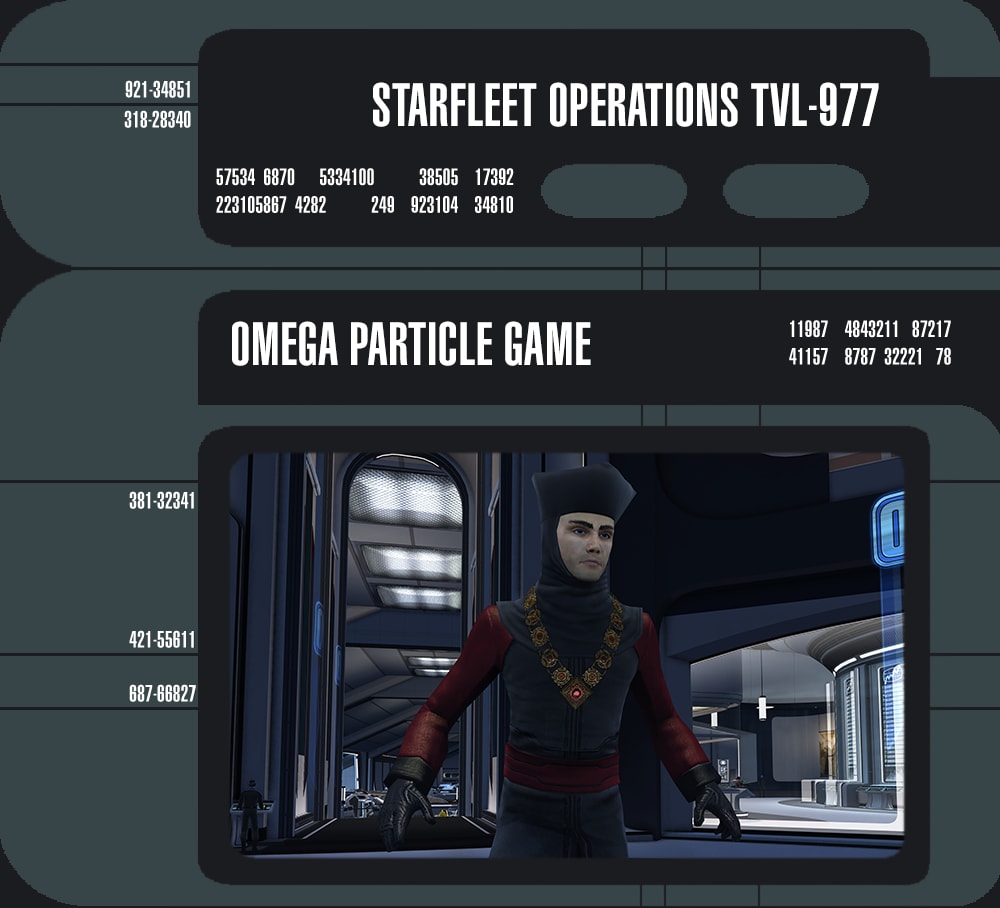 In addition to the new episode, Q is up to his annual shenanigans. You’ll be required to stabilize Omega Particles found in various social zones in Star Trek Online. Talk to Q to get the mission “Omega Stabilization (Daily)” and you will be given three zones to visit where you must stabilize an Omega Particle by playing a minigame.

Even if you don’t have the daily mission from Q, you can still find and stabilize Omega particles across the galaxy. In any social zone there will always be two Omega particles up at any given time. You might have to hunt them down, but they are out there. If you have the daily mission, a Waypoint will appear on your map where the two particles are currently found to help narrow your search.