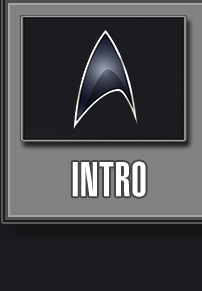 It is always challenging to produce a new class of Starfleet ships for Star Trek Online. The idea of a carrier has been played with for a while here at the office, but it wasn’t until recently we started to take the idea more seriously.

The first question was obvious. What does Starfleet even need a carrier for? Is it for long range multi-system exploration? Catastrophic emergency relief where scores of people and equipment need to be moved ASAP? All those possible use questions/ scenarios were really helpful to determine the design of the ship.

After that we started looking for modern day analogs like carriers, submarines and even ferry boats. If it was big and carried things, we wanted to know more about it. Then the thumbnail process started. During that process anything goes, from the genius to the ridiculous. Why the ridiculous too? Because ideas (ridiculous or not) have this tendency of being persistent until you release them. The sooner you purge them from your mind, the better. Also, the notion at this point is to tickle the imagination and let things flow naturally.

After we did some rounds of thumbnails, we had a meeting to select the ones we liked the most. Seven ships were to be created organically, but the eighth was designed with some cues from the Jupiter class in mind. Some more tweaking was done and we came to the final eight designs players got to see. More detail was added as the winners were being chosen. This was due the amount of work required to properly conceptualize ships.

As soon as I got word of a winner I started rendering the more detailed ¾ view of it.

Once we had a winning design set in stone, it was time to get started on the 3D modeling. Sometimes we get a rough 3D blockout as part of the concept art we receive. This was one of those times. Having a basic 3D blockout of a model before making the proper game-ready version allows us to far more rapidly develop major features of the ship.

Matching up the 3D blockout with orthographic versions of the concept gives us the ammunition we need to begin the modeling process, one chunk at a time.

In the image below you can see the new, smooth, precise 3D model in darker grey, as major features of the model are pinpointed & built.

We continue the progress, generally starting with larger structures, and over time identifying smaller features and modeling them in. Not every single panel or structure is modeled; we leave some of that up to the 2D textures that will be wrapped around the hull.

Here, you can see the beginnings of the texturing process. There are times that we will go back and forth between modeling & texturing, to ensure the proper amount of detail is added to various areas. Once the ship itself is built, we add details: line pin-striping, windows, escape pods, shields, registry numbers, and so on.

After everything is in its proper place, we go through the process of breaking up the ship into appropriate parts, and bringing them into the engine. At this stage, we do a ton of behind-the-scenes work to get things like customization of materials and windows set up. Some aspects of the ship look different in-engine than in the 3D modeling program, so final tweaks may need to be made.

Thank you for taking the time. See you in game.

We were all very excited about this contest and the player involvement in the ship pipeline that it would create. We hope you all enjoyed the process, and we are really happy with the one you all choose. We look forward to potentially doing something like this in the future again.  See you in game.