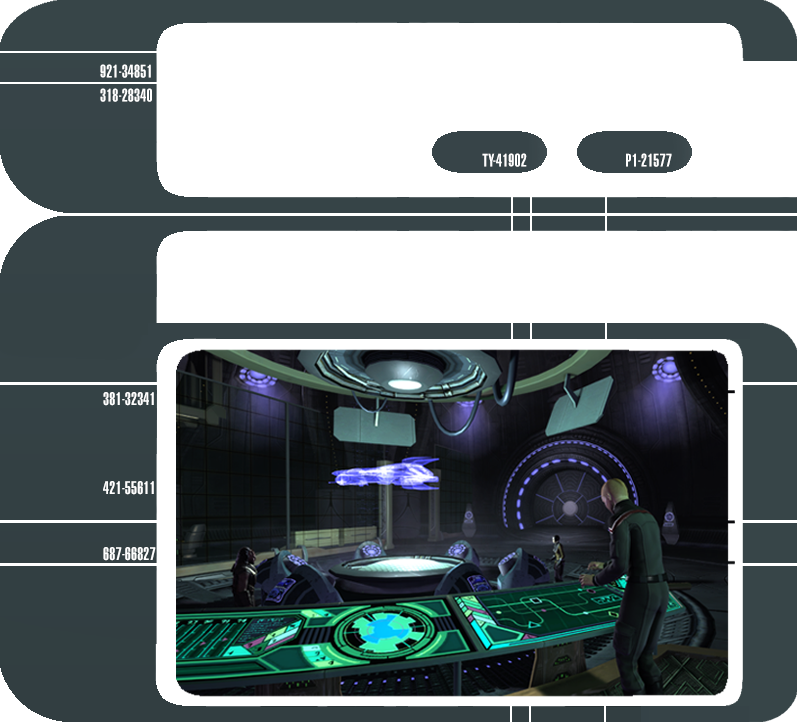 With the increase of Star Trek Online's level cap from 50 to 60, we felt it was only natural to introduce a new tier of starships. In addition to the normal features you'd expect from a higher tier starship (hull hit points, an additional console slot, etc.), we are also adding several unique features to this tier of ships such as: an additional bridge officer ability slot, access to Specialist Bridge Officer seats, Starship Mastery, and a Starship Trait. However, these are only some of the unique aspects to these ships. So, without further ado, here is an explanation of what makes Tier 6 ships so special.

Each time your captain gains a level beyond 50 (up to level 60) the starship’s hit points will increase. These ships are intended to grow with the captain. This feature allows Tier 6 starships to be available at level 50 without making them have more hit points than Tier 5 ships do at that level.

We really wanted this tier of starships to stand out and offer some unique features not found anywhere else. These ships can (but don’t always) have hybrid bridge officer seats that can slot Specialist Bridge Officers. These special officers have access to two complete pools of bridge officer abilities. One of these pools is a complete suite of all new bridge officer abilities, while the other is an existing profession: Tactical, Science or Engineering. It’s important to note that while these ships don’t always feature a Specialist Bridge Officer seat, all of the Tier 6 ships launching with Delta Rising will feature at least one of these special seats.

That said, we’re not quite ready to fully reveal the new {REDACTED} Bridge Officers. You can expect to get a full reveal of this new type of Bridge Officer in the very near future! Stay tuned!

Another interesting aspect of Tier 6 ships is the new Starship Mastery system. This system represents your captain and crew mastering the starship and discovering its full capabilities over time. All Tier 6 ships have the ability to become more powerful as the captain gains Skill Points. This allows the starship to effectively “Level Up”.

Tier 6 starships start at level 0 and progress to level 5 as the captain plays the game normally. At each level (up to level 4), the starship gains a new passive ability that provides a sizeable boost to a stat like damage resistance, critical hit chance, or hit points. These passive abilities are specific to the ship that has unlocked them and each starship within a given category shares the same package of passive abilities.

Example: All Battlecruisers have the same four passive abilities in their Starship Mastery.

One of our goals with Tier 6 ships is to have the ability to introduce new game mechanics with some ships. We’d like to be able to offer new gameplay through new types of starships found in this tier. Some Tier 6 ships will be very much what you’re used to. You’ll see Cruisers, Battlecruisers, Escorts, Raptors, etc. However, you’ll also see new takes on these existing ship types like the {REDACTED} ships being introduced in Delta Rising!

Q: What’s up with all the {REDACTED}?!
A: We’re committed to revealing everything regarding Delta Rising (except the story). All will be revealed in time. Stay tuned, more will be revealed over the coming weeks.

We’re super excited to reveal these new starships. We’ll be talking about the specifics and stats of these new ships very soon, so keep an eye out!

DISCLAIMER: All features mentioned above are still in development and are subject to change!