The First Ship from Lower Decks! 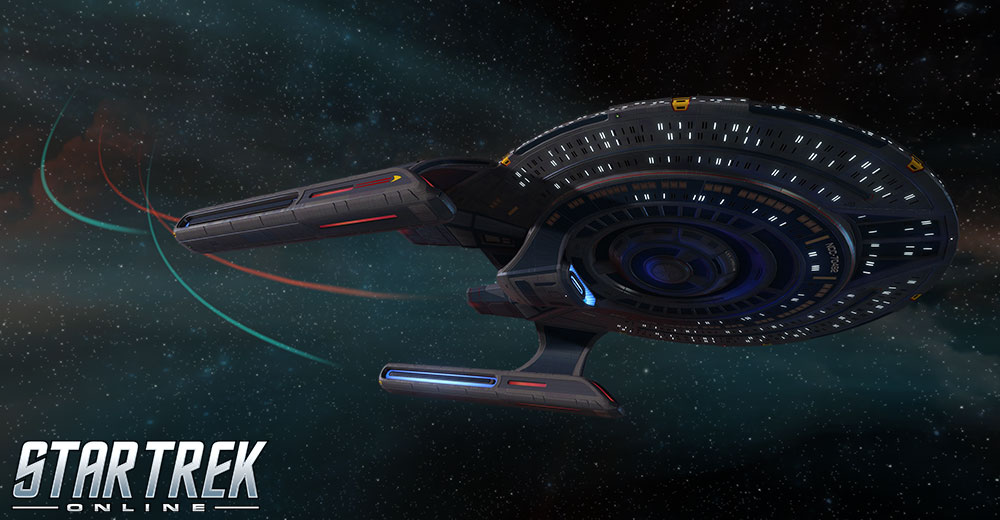 Alongside the release of our next major story update, the Infinity Lock Box will be enjoying a full-length run as the featured Lock Box. This run has already been underway, but starting with the next story update which arrives on PC very soon, a brand new Tier-6 Starship will be added to the existing ship choices, and a series of exciting new Lower Decks-themed items will be added to the Lobi Crystal Store.

Chief among these additions is the Parliament Miracle Worker Surveyor Cruiser [T6], which can now be chosen from among the existing selection of Tier 6 Starships available in any “Infinity Prize Pack: T6 Ship” won by opening an Infinity Lock Box.

Complete ship details can be found further below in this dev blog!

The following new items will be featured in the Lobi Crystal Store, available immediately for purchase upon the release of our next story update! 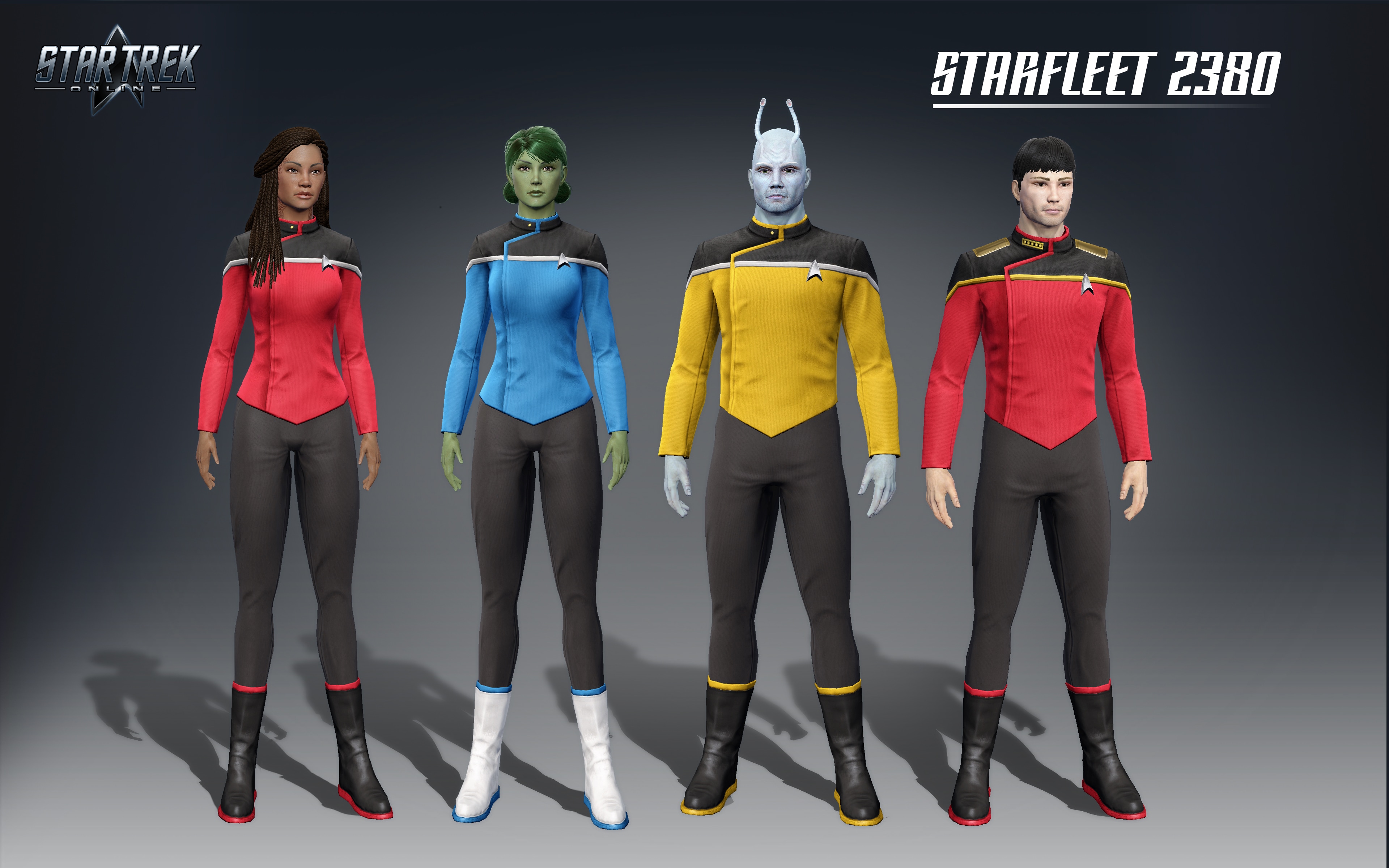 Starfleet of the 2380s had style for days. These snappy uniforms are still in circulation, and your Captain can grab them from the Lobi Store and just looks snazzy. Unless you, I don't know, turn it in to go do research on an asteroid or something. You probably won't get eaten. 2380-era Uniforms have a distinctive stripe structure and a familiar feel. Seen on Star Trek: Lower Decks, acquiring this spec of dress allows Captains to replicate the look of the crews from that era, such as that of the U.S.S. Cerritos. 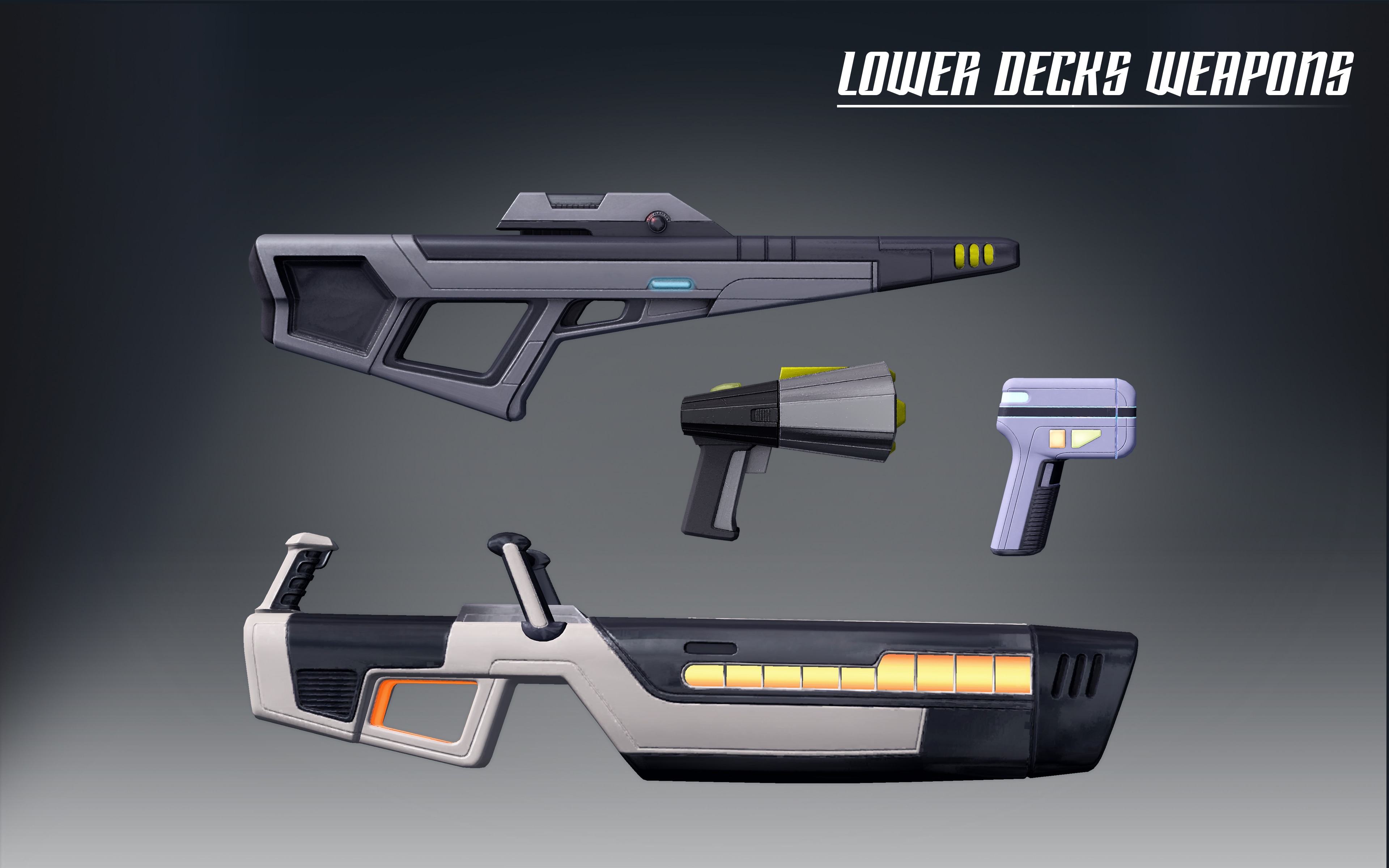 Favored by the Bajoran security officer Shaxs, this formidable weapon is among the heaviest personal-use Phaser available in Starfleet. The Primary Fire is a deadly extended beam that deals significant damage. The Secondary Firing Mode is a charge-up blast; the longer the button is held, the deadlier the ensuing storm of Phaser energy is. In addition to greater damage, at medium charge Foes are severely Slowed, and at maximum charge Foes are stunned. As with all Special Issue weapons, the Secondary activates once per available Ammo, so a max charge Secondary with multiple ammo fires multiple fully charged Phaser blasts. The weapon’s Proc allows use of a max-Ammo Secondary within a moderate time window.

Inspired by a very high rate of fire Phaser pistol designed by the holodeck AI, this pistol fires in bursts and its Secondary sprays the field with marginally-discriminate destruction. As with all Special Issue weapons, the Secondary activates once per available Ammo, so a Secondary with multiple ammo fires multiple volleys of withering suppressive fire. The weapon’s Proc allows use of a max-Ammo Secondary within a moderate time window. Captains should be advised that this weapon lacks a stun setting.

Adapting the multiple Ammo system to more conventional weaponry, the Special Issue Sniper Rifle functions much as a standard Sniper Rifle. As with all Special Issue weapons, the Secondary activates once per available Ammo, so a Secondary with multiple ammo fires multiple deadly sniper shots. If the original Foe is defeated by one, the others automatically select a new Foe target. The weapon’s Proc allows use of a max-Ammo Secondary within a moderate time window.

This Kit Frame is one of the most efficient diagnostic tools to grace the Alpha Quadrant. At a baseline, it improves Phaser Damage, Health, Critical Chance and Kit Readiness. It also has an activated Diagnostic ability that performs differently on one’s self, one’s allies, and one’s Foes. The Diagnostic lasts longer than its Recharge time, allowing Captains to maintain it on two to three targets at a time.

The gears of any great machine suffer from friction. While ruthless precision is at times the best way, often allowing a bit of slip and wiggle makes the whole structure more resilient. In this way, one should be careful not to police one's crew too closely.

Boarding Party deals substantial Physical Damage Over Time, and provides a chance for Control Bridge Officer Abilities to trigger Boarding Party I on their targets.

The types of anomalous problems encountered by explorers can be easily weaponized by the unscrupulous… or the desperate.

A checkered background can be a useful thing, as insights and experiences cultivated in the lower decks of a starship offer lessons impossible to find in a simulation.

To Boldly Go Where No-One Has Gone Before is not just a matter of academic curiosity or national self-interest -- it provides for a rich, exciting life!

The rumors suggest that this state-of-the-art starship design boasts some of the latest technology developed by Federation engineers and scientists, allowing it to focus on complex large-scale engineering projects better than other ships in the fleet. These same sentiments have led to commissioned vessels from this class receiving some of the most epic assignments in recent telling. There's no denying its versatility and resilience, regardless of whether or not its reputation has been exaggerated. I mean, it can’t all be true. It’s a starship, not heaven.

This set of equipment is used to demolish derelict hulls and stray celestial bodies in two discrete steps.

First, a deflector platform is deployed to maintain a demolition field around the target. This captures all debris and ships in the area and renders them vulnerable to Kinetic damage, though excessively large ships may push through.

Second, the vessel fires a stream of cohesive gravitons into the center of the field, projecting structural stress into it and dealing Kinetic damage over time to all Foes inside. This also draws nearby objects toward the target, ensuring tidy destruction. The beam then causes a massive detonation at the center of the field, dealing tremendous Kinetic damage to all Foes inside.

This console additionally provides a passive bonus to Kinetic and Physical Damage Resistance Rating, as well as Exotic Particle Generation and Structural Integrity. This console may be equipped on any ship in any console slot.

While this Starship Trait is slotted, defeating Foes adds a small boost to the subsystem with the lowest power for a moderate duration, and for the next several seconds activations of Efficient Demolition provide an increased boost.

Waste not, want not. Tidy destruction of stellar debris tends to involve the release of a fair amount of energy, and this ship has been modified to capture as much of it as possible.