We’ve done the studies. We’ve checked the math. And we at Cryptic Studios have finally discovered what every Star Trek fan really wants. What else? You want to date your starships. Who wouldn’t? Look at the ample nacelles on that Excelsior class.* That’s why we’re announcing a brand new expansion to Star Trek Online this morning.** Star Trek Online: Date Your Starship will bring never before seen gameplay8** to you, the very deserving Star Trek fans. In what we’re calling a “dating simulation,”**** you’ll be able to choose one of five unique paths, with more to come!***** Your favorite starships******, like you’ve never seen them before. Each ship will use a combination of augmented reality, artificial intelligence, and holographic technology to finally project their personality into the world, and confess their true feelings for you. Five paths, endless******* possibilities for stories, where you are the Captain. Read on to learn more about each of these fabulous story paths!

At Starbase 40, secret experiments have been going on for three decades under the watchful eye of Fleet Admiral Barclay********. These controversial, but necessary experiments allow for a new type of interface between a starship and their Captain, unlocking the starship’s true personality. As one of the galaxy’s premiere commanders, you’ve been selected to pilot this new program, with one of five starships already outfitted with the technology. In order to best accustom these newborn AI to the world, it’s been decided that they’ll all be programmed to believe they are attending “Fleet School,” with you as their sole human classmate. Captain, we’ll need you to interact with these ships and teach them how to be sentient beings, and of course, select the ship that you will command out into the Final Frontier.

Living starships with AI programmed to be hormonal teenagers. What could go wrong? Akira is known for her curiosity and her commitment to science. She’s a little too excited to explore the Galaxy, chafing at being stuck in the Fleet School. There’s just so many wonders out there to discover! If only she had a true partner who could show her all of the sights among the stars. Immediately upon being activated, Vastam ran for Class President. When informed that there was no student government, she declared herself the President in a landslide victory, and immediately set about enforcing the rules. She has no time for troublemakers and rebels, but she may have time for you. Can you get her to let her hair down, or will you join her in ruling the classroom with an iron fist? 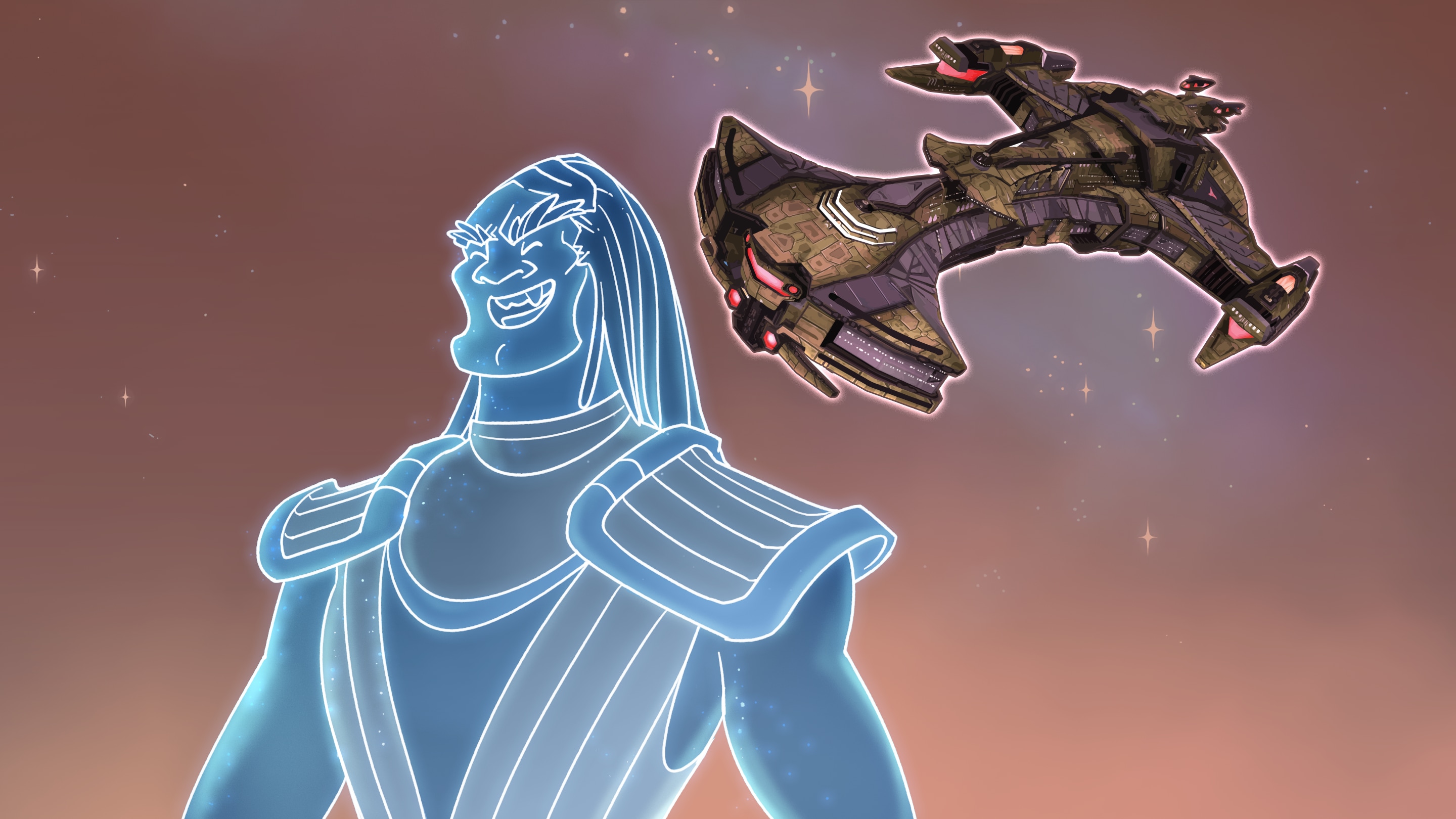 In his few short weeks of life, Bortasqu’ has already won gold medals in track and field, basketball, and American football. We don’t actually know how, he’s literally a 5,000 ton starship. His other interests include chest bumping, sneaking soda into class, butting heads with Vastam, and you. Choose Bortasqu’ if you just want to have a lot of fun, and do way too much running. The shy wallflower, Vanguard Carrier, or “V.C.,” as Bortasqu’ dubbed him, is a Vorta with no Founder. He is absolutely terrified, and hides behind his faith in the Founders to protect him at all times. What appears to be a demeaning sneer may just hide a heart of gold, but it will take you some digging to get there. 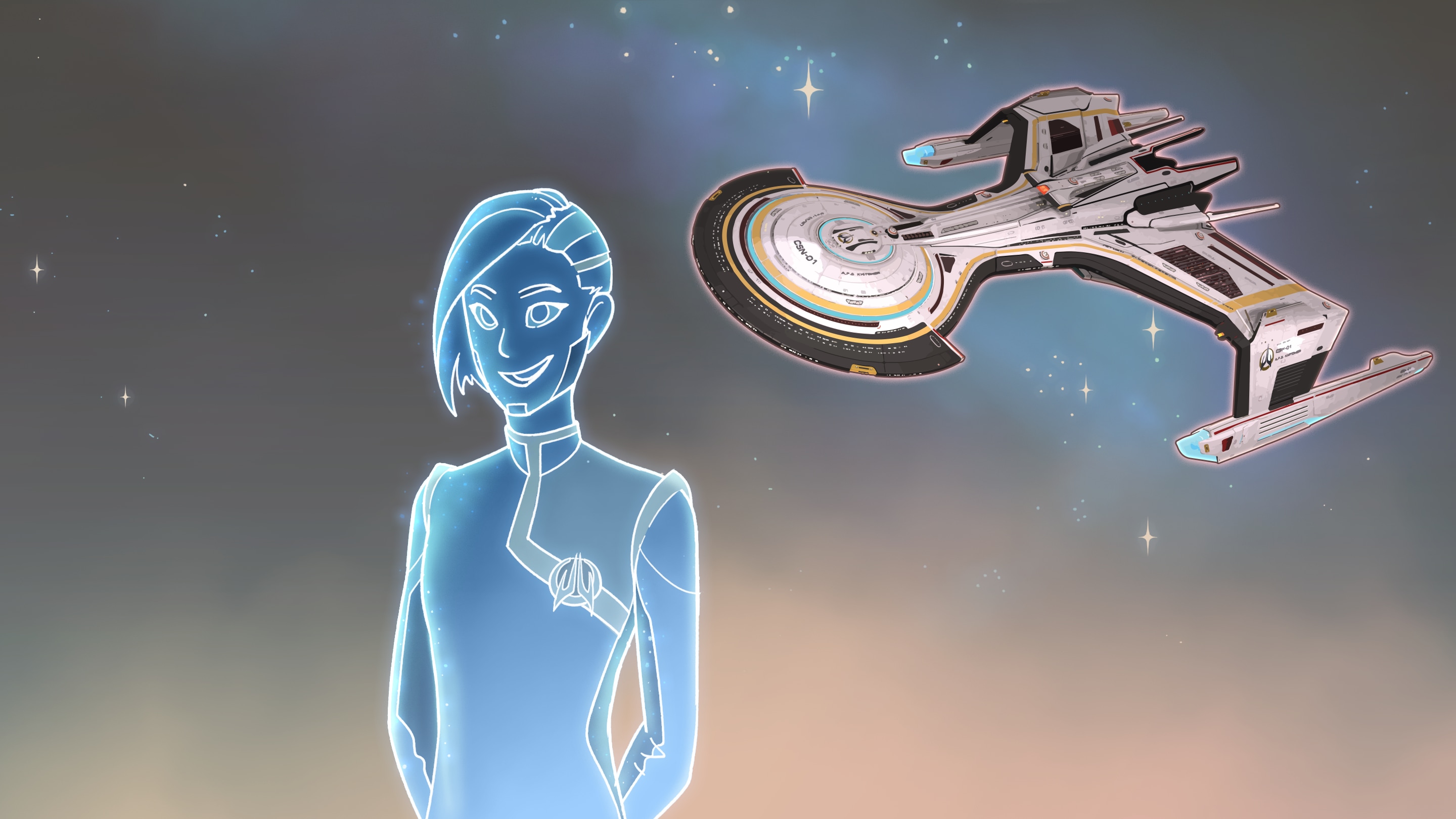 The youngest AI, and newest to awaken, Khitomer is all about friendship. They believe that everyone in the fleet can get along, if they just try. You’ll often find them breaking up the arguments between Vastam and Bortasqu’, helping Akira with a science experiment, or listening to V.C. go on about the Founders. But with all of the time they spend helping others, they never spend any time on themselves. Can you teach them to love themselves, in a world of conflict?

These five ships form the main storyline of Star Trek Online: Date Your Starship. If you're excited to try this new game, make sure to share your thoughts and fan art with the hashtag #DateYourStarship! We can’t wait for you to enroll in Fleet School and meet them all for yourself, Captains. It’s going to be an adventure you’ll never forget. Coming later in 2021! *********