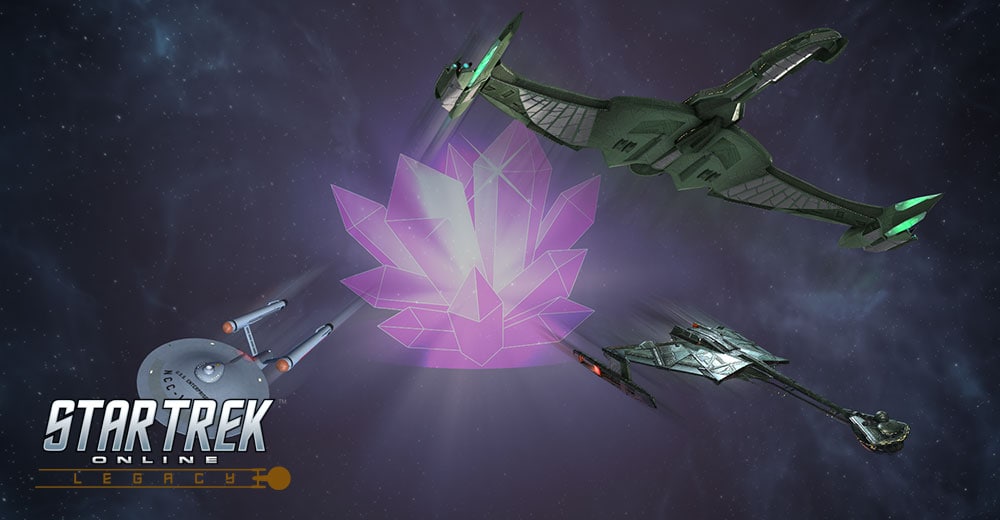 The Khitomer Alliance has begun a brand new initiative in the wake of new technological advances across the galaxy. They’ve noticed no surplus of young, ready Captains looking to explore the final frontier, but there is a surplus of older model ships, perfectly capable, but waiting for the right Captain to take them up. With that in mind, we’re making a change to all Tier 1 through Tier 4 ships in the Ship Requisition Store. These ships will no longer require Zen to requisition. Instead, they will all be requisitioned through a modest donation of Dilithium. Here’s how this will break down:

This is a huge price discount – following current Zen/Dilithium conversion rates, you could now buy sixteen Tier 2 ships for the same price as before, and with the many ways to obtain Dilithium in the game, all of these ships have the potential to be free to players new and old. As these ships are now dilithium purchases and under deep discount, they will now be per-character unlocks, instead of per-account. (If you’ve previously purchased the ship with Zen, it will remain reclaimable on all of your characters.) The only ship that won’t change at this time is the T1 Prototype Light Cruiser Explorer. This change goes into effect this week on PC, and April 9th on Xbox One and Playstation 4.