The Arena of Sompek - Your Last Chance at a Free Ship! 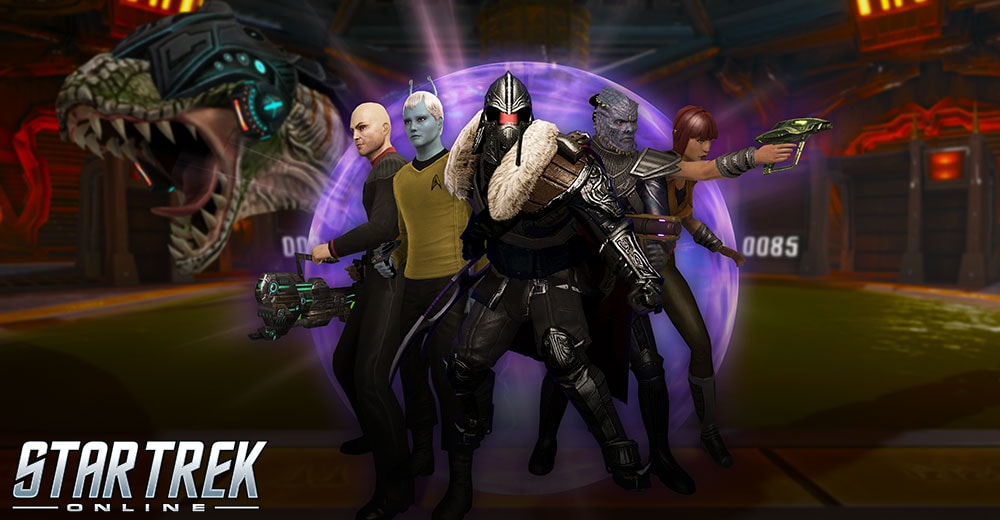 Beginning on August 8th, 2019, the combat trials of the Arena of Sompek will be returning as our next Featured Task Force Operation, with many changes to make the Arena easier to face on a daily basis. While this TFO is available, Captains may participate daily to earn progress towards a brand new Featured-TFO reward, as well as earning Coupon Progress toward a Tier-6 Starship Coupon.

This is the third and final FTFO in our Free T6 Ship Event. Don't miss this chance to finish your progress and get a free ship!

Reborn For a New Era

In anticipation of the Arena’s return as a long-running Event, and in response to player feedback received during previous runs of this challenge, we have made a number of alterations to the structure of this Task Force Operation.

Additionally, since the Arena will be appearing as a Featured TFO this time around, it will also include similar changes as those that were recently applied to Crystalline Cataclysm. This change entails the following subtle differences from past runs:

All players may complete the Arena of Sompek TFO in order to earn a Featured TFO Commendation once every 20 hours, in addition to other standard rewards.

Earn a total of 14 Featured TFO Commendations and use them to complete a special Event Reputation Project which will reward you with the Section 31 Heavy Phaser Rifle in addition to marks, dilithium, and three Featured TFO Reward Boxes. This box gives your choice of an Enhanced Universal Tech Upgrade or a Captain Specialization Point Box, which gives the character who opens it a Specialization Point. These boxes are account bound and may be traded via the account bank.

Any character who finishes the 14-Token project will unlock a bonus project that can be completed with a single Featured TFO Commendation. This project will reward dilithium ore, fleet marks, and a mark choice package.

The Section 31 Heavy Phaser Rifle was developed with the direct oversight of a high-ranking operative within the intelligence organization known as "Section 31." The operative in question is named only as "Leland" in design documentation, without indication of further identifying names, or rank. This operative designed the weapon with the specific purpose of weakening and piercing through personal-scale shielding technology, even though such technology was rare in the time period from which it originates (believed to be the late-23rd century).

This rifle's primary setting will fire an additional bolt that seeks out a random target near the primary foe's location, while its secondary fire channels a high-intensity sweeping beam designed to lay waste to a large area in a short amount of time.

When first received, this weapon will level with you until you reach Level 60, at which point you may apply Tech Upgrades to further improve its functionality.

Obtaining the Section 31 Heavy Phaser Rifle on any character on your account will unlock the ability to reclaim the item on other characters, via the Reclaim tab of the Dilithium Store. You may only reclaim this item on characters that do not already own one.

Gather your allies and gird your courage for this harrowing ground combat experience, which will be available for players on PC from August 8th, 2019 until August 29th, 2019. The Arena of Sompek Featured TFO is currently scheduled to become accessible for players on Xbox One and PlayStation 4 from September 10th, 2019 until October 1st, 2019.