Learn the Future of Star Trek Online at STLV! 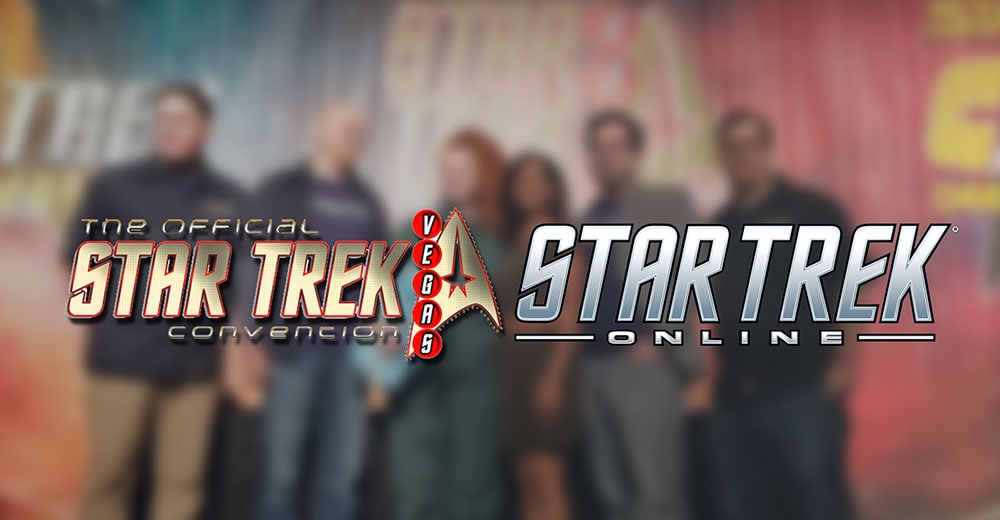 Star Trek Online is coming back to Vegas, baby! We previously announced some of the events you can expect to see us at in Vegas, but now we’re ready to tell you about everything we’ll be doing there. Check out the breakdown below for all of the excitement you’ll find at the convention, including the first details of our next content release!

Fans are playing more Star Trek video games than ever before. Whether it is on a mobile phone, tablet, VR, console or a PC, there are Star Trek games for everyone. Meet the designers and developers who are bringing Star Trek to a new world of gaming.

Last fall, Star Trek Online revealed Age of Discovery, a multi-part expansion exploring the Star Trek: Discovery universe. Over the past year, captains have had the opportunity to board the U.S.S. Discovery, beam down to Pahvo and embark on missions with their favorite crew members. Join the Star Trek Online dev team as they reveal what it was like to develop Discovery content and welcome Rekha Sharma to the stage to discuss her experience bringing Commander Ellen Landry to the game. As an added bonus, every attendee will receive an in-game code to unlock an exclusive Discovery bridge officer for Star Trek Online and a chance to win prizes from Tribble Toys.

A First Look at Star Trek Online’s Next Update with Special Guest from Star Trek: Discovery

For the last decade, Star Trek Online has been providing millions of fans around the world with exciting new ways to explore the Star Trek universe from within. Now the game is about to start a brand new chapter and STLV attendees will be the first to get an exclusive first look at the next update! During a special panel hosted by Elijah “Elio” Lleo from Priority One Podcast, the dev team will reveal what’s coming up for STO by sharing early concept art, mission details and invite the game’s newest addition to join us on stage, a very special cast member from Star Trek: Discovery! Plus, the first 300 panel attendees will receive a free Star Trek Online enamel pin and a chance to win prizes from Eaglemoss and Tribble Toys.

Live Interview with Priority One and Rekha Sharma

The dev team will sit down with the hosts of Priority One: A Roddenberry Star Trek Podcast at the Roddenberry Entertainment Island for a live interview right on the show floor, with special guest Rekha Sharma from Star Trek: Discovery! Join us for this special event to meet the developers from Cryptic Studios, lock down this year’s STLV-exclusive Bridge Officer and win one of the new STO Tribble plush from Tribble Toys.

On Sunday, we’ll be spending some quality time with our fans at Quark’s Bar. Grab a drink, put your feet up from a long week of fun, and chat with the developers behind Star Trek Online! We’ll be giving out special iron-on badges and STLV-exclusive Bridge Officer codes at the event. We’d love to see you there!

We can’t wait to see you in Vegas, Captains!