The Allied Cooperative Starship Development Board 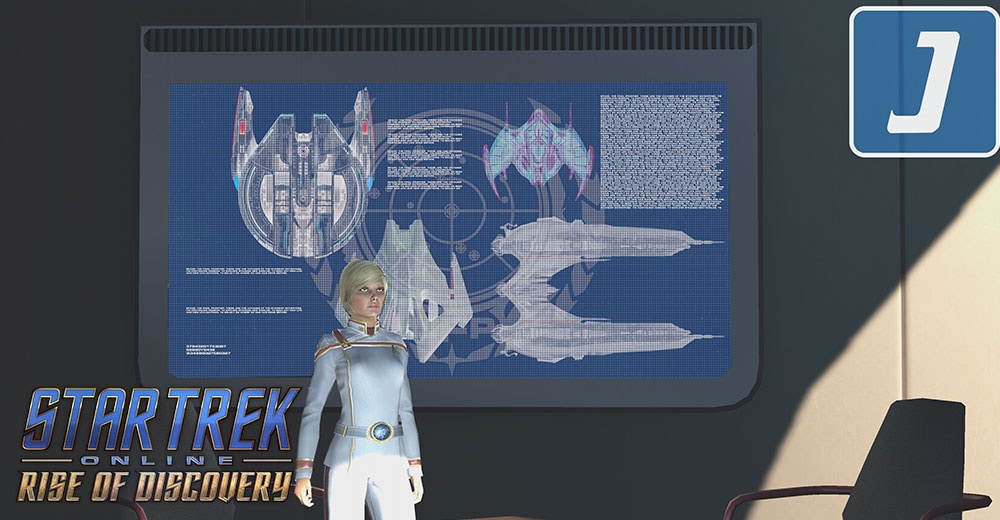 In the months since its inception, the Allied Cooperative Starship Development Board (ACSDB) has become a central figure in the rebuilding initiatives for both Starfleet and the Klingon Defense Force. Now, after spearheading several successful design initiatives, the ACSDB announced it is expanding to welcome representatives from the Romulan Republic Navy and the Jem’Hadar Vanguard Fleet. Representatives of the ACSDB also announced inaugural programs for new Romulan and Jem’Hadar starships that utilize allied technological advancements and logistical resources.

The ACSDB was created during the Iconian War to facilitate technology sharing initiatives between members of the Iconian Resistance. After the war, the ad-hoc alliance between the United Federation of Planets, the Klingon Empire, and the Romulan Republic matured into a more formal one. Representatives from the three governments ratified a variety of treaties that guaranteed a certain level of trade, scientific cooperation and mutual defense between one another.

The ACSDB endured this transition as a liaison office between Starfleet’s Advanced Starship Design Bureau (ASDB) and the Klingon Defense Force’s Warship Advancement Council (WAC). One of the first major projects of the ACSDB was the co-development of the Narendra-class Support Cruiser and the Vor’ral-class Support Battlecruiser. Both ships share key technologies, but are still tailored to their respective navies’ operational priorities. Despite facing some initial skepticism, the Narendra and Vor’ral launched successfully, proving to be the model for inter-service cooperation that followed.

After the launch of the Narendra, Starfleet Engineers discovered Yard 39, a long-abandoned Federation shipyard in the Tellar Sector. It was still intact and could finally be salvaged safely after centuries of irradiated isolation. Working quickly, Starfleet engineers uncovered an entire era of Starfleet technology that, while primitive in most respects, contained a few ingenious innovations and historical treasures that have inspired modern engineers to push the envelope on brand-new construction.

Even though the Klingon Empire did not have their own central cache of lost relics, the ACSDB provided a conduit for Starfleet engineers to share their findings with their Klingon colleagues. This inspired the Klingons to investigate ships from their own past, beginning a ship-building renaissance of their own as several Great Houses set about restoring or rebuilding the ships that had carried their banner in a bygone age.

Now, the ACSDB’s membership is finally expanding to include representatives from the Romulan Republic Navy and the Jem’Hadar Vanguard Fleet. Vice Admiral S.J. Hemphill, Presiding Officer of the ACSDB, released a statement announcing the change:

The events of the past few years have shown all of us that the only way forward is one in which we all are determined to identify that which makes us different from one another and to learn from it, to understand it, and to appreciate it. We must see these differences as a source of strength, for that is truly what they are.

I am privileged to welcome my colleagues from the Republic Navy and Vanguard Fleet onto the ACSDB, and am resolute in my commitment to bring the technological expertise of all of its members to bear. We must use this expertise to address the challenges that we face as a common interest. Together we can leverage our unique perspectives and build the tools, systems, and ships that we need to continue forward into the final frontier.

While the Romulan Republic Navy had previously expressed interest in joining the ACSDB, its priorities were heavily focused on restoring its naval infrastructure and ship-building capacity following the devastation of the Iconian War. The Republic also had to struggle to manage a large influx of former Imperial worlds who wished to join following the disappearance of Empress Sela and the ensuing Iconian Invasion. Now that the legitimacy of the Republic is firmly established, the responsibilities of its navy continue to increase. This rapidly changing reality is one of supply chains and material at scale, and until recently most research and development was allocated to logistical concerns as opposed to military ones. Now, as the situation begins to settle, Republic strategists look forward to sharing the latest developments in ship technology from their allies.

The picture is a little different from the perspective of the Jem’Hadar Vanguard Fleet. Their inclusion in the ACSDB is provisional and conditional, and they have relatively limited access compared to the Alpha Quadrant members. That said, Starfleet and Klingon planners know that the technology base of the Dominion is quite advanced, and if the Jem’Hadar are willing to share some of that knowledge, they might be willing to open a cultural and sociological discourse as well. Odo, the Founder who oversees the Vanguard Fleet, has emphasized the importance of “a seat at the table” for the Dominion in galactic affairs, lest old Founder prejudices and fears against “solids” re-ignite the Dominion war machine yet again.

For now, the Alpha Quadrant powers see the wisdom in acceding to his request. After the Iconian War and the Hur’q Invasion, the Milky Way has grown considerably smaller, and it is only prudent to build on the common ground so many died to establish.

The first ships being developed with input from both the Romulans and the Jem’Hadar are versatile warships that incorporate temporal-based molecular reconstruction technology, which has already seen deployment on the Narendra and the Vor’ral. Additionally, research into entangled quantum fields has yielded a new energy projection system that will be fitted onto all four of these new warships. This device creates a devastating field of quantum radiation that explodes at its target, and is intended to act as a deterrent against opportunistic pirates or rogue Klingon raiders. The generator is also integrated into the ships’ core weapons system in a symbiotic fashion that improves general weapon output but is conditioned to the EPS resonance of the parent starship.

The ACSDB expect these ships to become indispensable border patrol and exploration units. They represent formidable power projection capability with a keen balance between defensive redundancy and offensive subsystems. They will also be able to cover larger areas of lightly-defended territory in an effort to discourage piracy and repel attacks from rogue Klingons of the resurgent house Mo’Kai.

While no official launch date of these ships has been set, sources tell Jayce Interstellar to look forward to another announcement from ACSDB members “soon.”