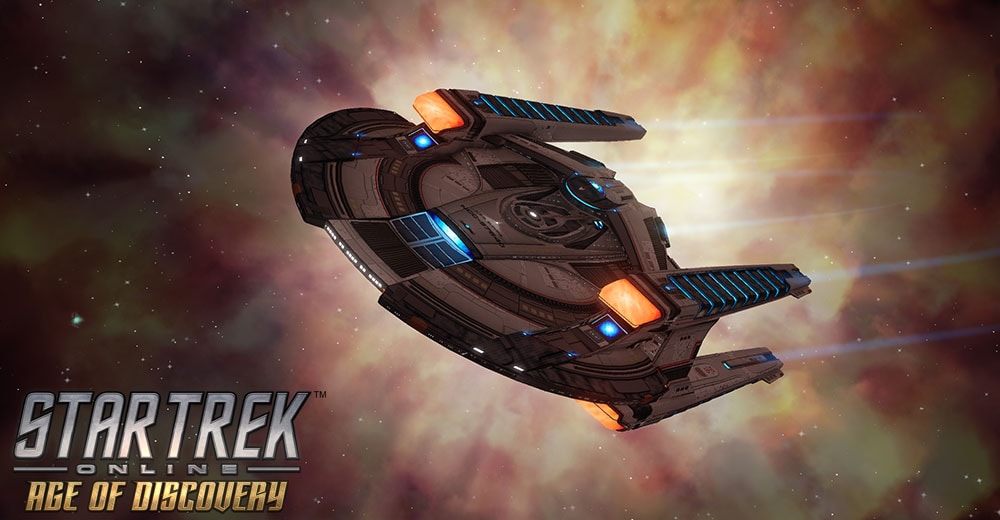 Temporal Anomalies have opened a hole to an alternate universe, one with a fantastic sale, Captains. But this Flash Sale will only be available for a limited time – from 8am 1/30 – 8am 1/31 PT only, on all three platforms. Hurry and grab yourself some items at a one of our largest discounts ever, before the portal shuts and it’s all lost.

Don’t wait! The Flash Sale Anomaly can be gone before you know it!

Here's the stats of this ship:

The Europa-class Heavy Battlecruiser is well-suited to the frontiers of the Federation, whether the mission is one of exploration or defense efforts. It is named after the U.S.S. Europa – a Nimitz-class vessel lost at the infamous “Battle at the Binary Stars” under the command of Admiral Brett Anderson in 2256. This modern 25th-century counterpart to that ill-fated flagship of yesteryear has been fully outfitted with the latest in team support capabilities, and a substantial array of versatile armaments.

The Overloaded SIF Linkage Console is based on the techniques used in Shield Transference and Shield Extension, but instead of linking shield systems, it extends the structural integrity field (SIF) your starship generates to your allies. The additional hull strengthening provided this way prevents a significant portion of the damage they would otherwise take, but will likely overstress your structural integrity field systems if it prevents too much damage. This will cause a portion of the absorbed energies to be transferred back to your ship, where those energies will then radiate into your hull, weakening it.

Proper application of the resonant frequencies generated by protecting your allies in such a manner can also allow you to disperse some of your hull's damage back out into space through these tethers, increasing your starship's damage resistance while active. The reduced dangers of hull damage also allow the ship repair crews to work more effectively while this console is active, increasing the regeneration of all affected starships.

This console may be equipped on any console slot on any ship. You may only equip one of these consoles.

After achieving level 5 in the Heavy Battlecruiser Starship Mastery, you will unlock the "Reactive Reconstruction" Starship Trait. When your health drops below 50%, this trait heals you and all teammates for a significant amount, and then significantly increases your outgoing healing. This ability will then go on cooldown for the next few minutes before becoming usable again.

This C-store version of the Europa will come with both the Europa-class and Nimitz-class looks for the ship.