Reports from the Nukara System 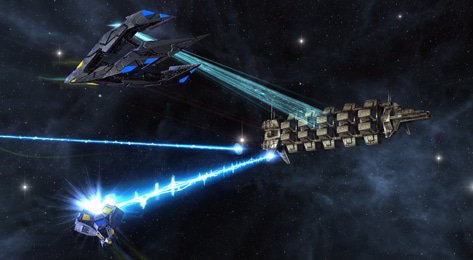 Going through the latest data from the monitoring satellite now.

The Nukarans are a fascinating culture. Technologically, they’re at a level equivalent to Earth’s Iron Age. Socially, however, they are much more interesting.

Today we picked up audio from an assembly gathering. Most of their debates seem to be about trade issues, but there was a dispute between two family groups over grazing rights and a decision about the location of a new temple.

We also grabbed some fragments of a poem – I think it was one of the elders teaching a group of children stories of the first king. The Nukarans don’t have a written language yet, so they memorize poems and songs to preserve their history and religion. Some of it is quite lovely – reminds me of Tarbold’s early work.

I wish we could get closer. The Mauss doesn’t even have permission to orbit Nukara IV, so we have to keep our distance. I’ve asked again for a duck blind and permission to send a team to the planet to observe the Nukarans directly. There is only so much you can learn from sensor feeds.

This will be my fourth request – and I expect it will be as fruitless as the rest.

Sensors are picking up some unusual readings from Nukara Prime. Useless ball of rock – the heat’s bad enough to fry the sensors of any ship in high orbit, and the radiation makes most readings useless.

I’m sure it’s just another false report – we get a lot of those. Still, we better check it out.

The Mauss isn’t rated for demon class worlds. We don’t even have metaphasic shields. If we’re lucky, we might be able to stay in high orbit for a few hours. 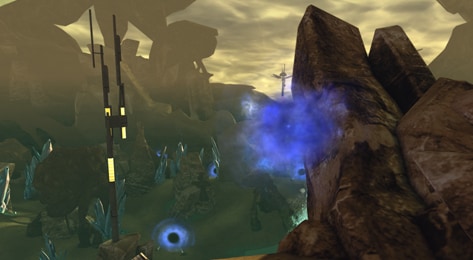 It wasn’t a false reading. There’s something down there. Wright thinks that there are interspacial rifts occurring on the planet, and if he’s right … gods, what a discovery!

Harness those rifts and we might be able to travel to other worlds – maybe even other realities!  Other times!

Wright says that the rifts are similar to the energy produced by the Iconian gateways. He might be onto something there, but we’re going to need a lot more data before we can confirm that theory.

He thinks we should contact Starfleet. I want to wait – what if they quarantine the entire system, and not just Nukara IV?

The captain says he’ll make a decision in the morning. Until then, I have sixteen hours of feed from Nukara IV to go through.

Somehow, though, Nukaran culture doesn’t seem as interesting as it did a few days ago.

The captain is giving us two weeks to study Nukara Prime, and if we can make a few more orbits we should get enough data to start refining our theory about the rifts.

The Nukarans will have to wait. I’m reconfiguring all of the sensors to target Nukara Prime.

There’s something on long-range sensors. Wright thinks it’s a ship, or maybe even a small group of ships, but with all the sensor echoes we won’t know until they get closer.

We’re close to Klingon space, and this isn’t the first time a Bird-of-Prey has wandered into this system. The captain is moving the ship into the shadow of Nukara Prime until they leave. The radiation should conceal us. The captain wants to send a distress signal to Deep-Space K-7, but if we transmit a subspace message the Tholians will detect it. We’re still matching the planet’s orbit, but I know they’re going to find us. It’s only a matter of time.

I’m encoding all of the logs and the data we have on the interspacial rifts and the Nukarans.

All we can do is try to protect what we’ve found.

Arrived at the last known location of the S.S. Mauss at 2150 hours. Sensors detected metallic debris consistent with the science vessel, as well as the remains of several sensor satellites.

Analysis of the debris shows signs of tetryon and proton damage consistent with Tholian weapons, but it’s almost unheard of for the Tholians to be in this region of space. There would have to be something extremely important here to draw them so far from their own territory.

We’ve recovered the Mauss’ logs, but the data is encrypted. T’Mer says she can crack it, but it will take some time.

Maybe there’s something in there that will explain why 22 scientists died.