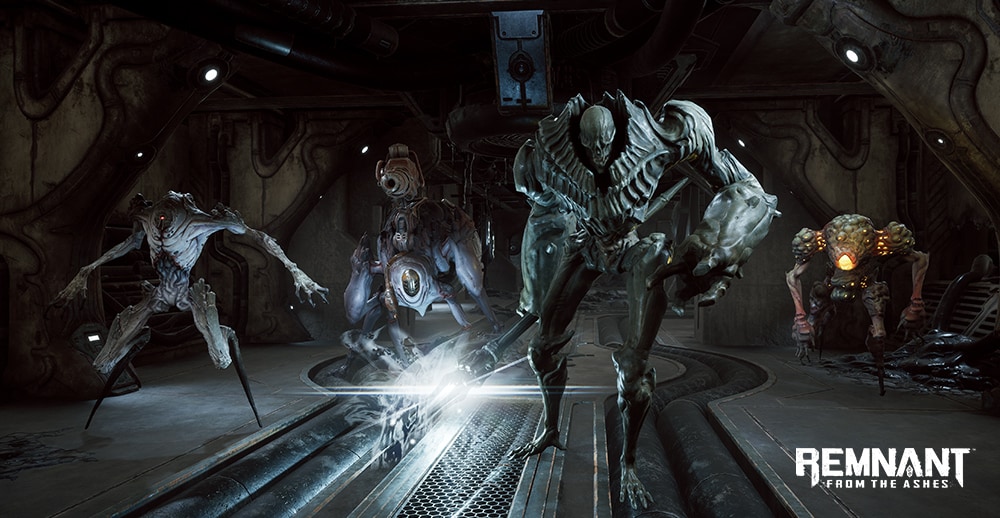 When it became clear that the Root could not be defeated with conventional weapons, the Nui – an enigmatic Basha named Ezlan – was forced into a tragic choice… sacrifice his civilization or see his world fall to the invaders. The choice was clear… the Nui ordered the Basha to activate a doomsday device that decimated the Root and sealed the fate of the their civilization for centuries to come. 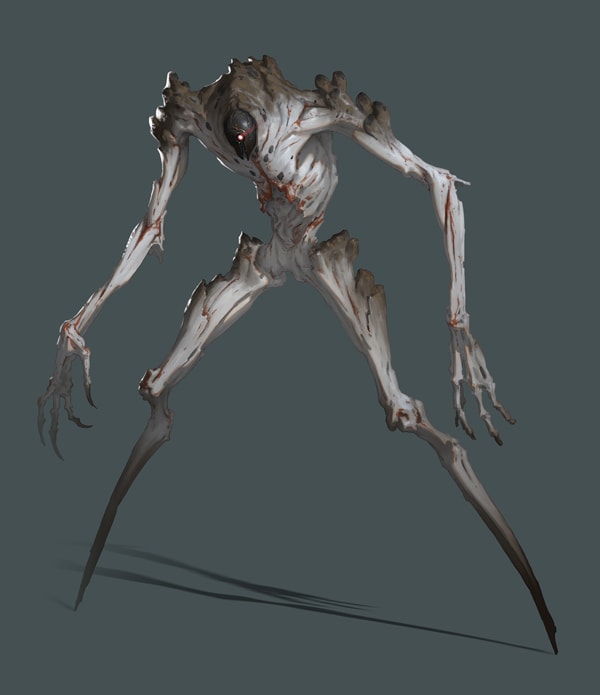 The Undying’s halls are crowded with the distinctive clacking and clattering sound of Lurkers. They assault natives only when provoked, but they will kill intruders with impunity. They are fast, unpredictable, and not to be underestimated in large groups.

"Fast and agile, Lurkers are often found in large hunting packs. They can quickly overwhelm their victims with a flurry of claw attacks. Lurkers aren’t very tough but they more than make up that shortcoming by sheer numbers." 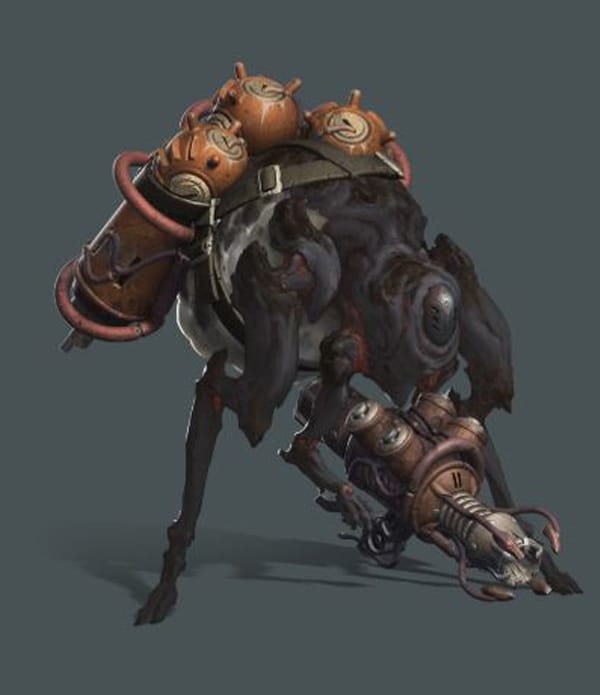 It’s pointless to apply Earth’s scientific bias to the creatures of the wasteland. The Acari have somehow evolved to support armored carapaces, biomechanical weapons and preternatural senses augmented by arcane technology. Without a doubt, this helps them survive the treacherous wastes but exactly how was this evolution spurred on? How did nature—if that word has any meaning here—create this kind of abomination and to what end? The Strider is one such mystery – a terrifying biological platform for some of the most devastating weapons in the Wasteland.

"This slow, tough beast is equipped with a powerful machinegun mounted atop its back. The Strider’s “head” (which is actually a cluster of sensor modules) is the creature’s weak spot." 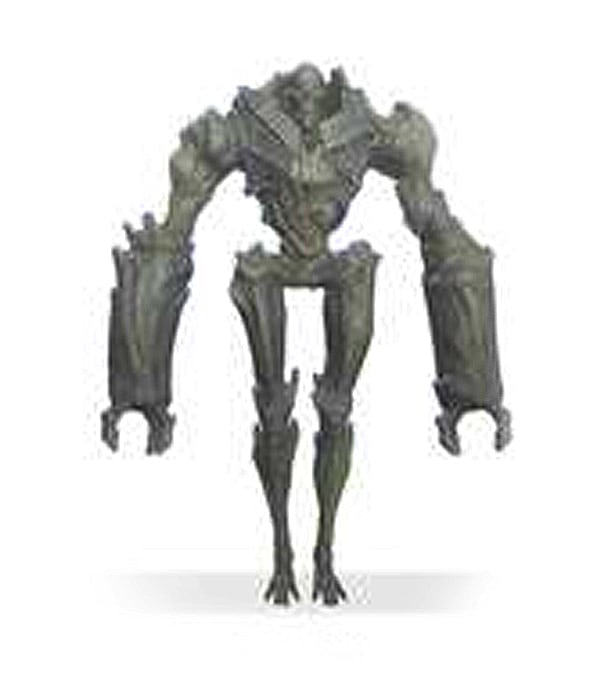 The one they call “The Undying King” surrounds himself with a loyal cadre of these soldiers. As much flesh as machine these autonomous constructs patrol the halls of the Citadel or form the vanguard of raiding parties that scour the Wasteland. Immensely strong and tough and armed with powerful staves that fire bolts of energy; they are a force to reckon with and some of the most feared shock troops in Rhom.

“The Anointed are incredibly resilient but they are fairly slow. They can use their weapons to deliver a devastating melee attack and have been known to charge their victims from time to time. However, they prefer to shoot bolts of energy from their staves, resorting to melee only when hard pressed.” Underneath the Citadel and prowling the recesses of the Buried City lives a noxious version of the Lurkers – a vile beast called the Ghast. These Ghasts, as the Undying call them, exude lethal doses of radiation and often explode in a gout of radioactive gore when killed. Ghasts are quick, relentless and just as savage toward intruders as their cousins, making them especially dangerous foes. They are a terrifying sight to behold when found in great numbers.

“Although slower than their quicker cousins, the Lurkers. Ghasts will still rush their victims from time to time. They project a radioactive aura that DoTs nearby victims. The Ghasts will also explode when killed dealing a massive amount of radiation damage in a large radius.”