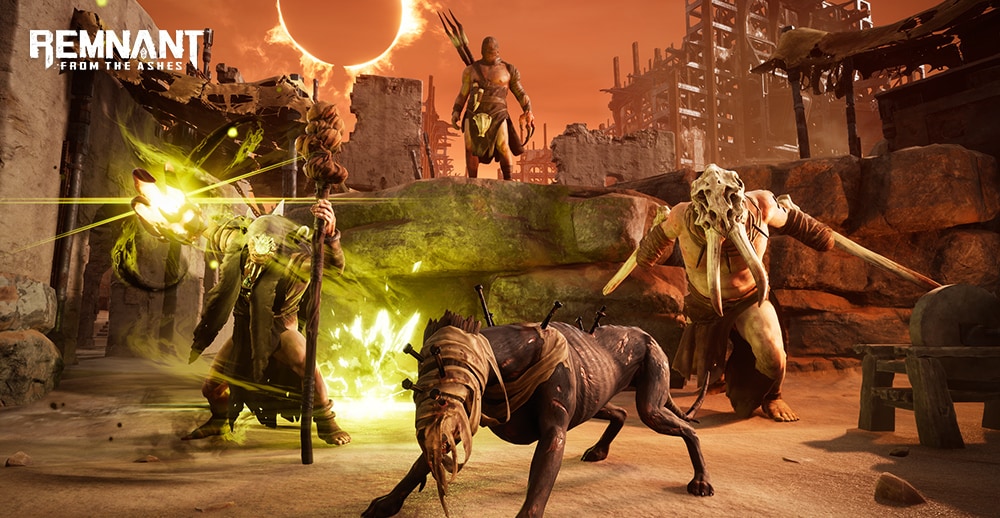 The mutated Buri tribesmen inhabit the irradiated deserts of Rhom. The tribesmen have grown to revere the Akari and to despise Ezlan and the Basha priesthood. 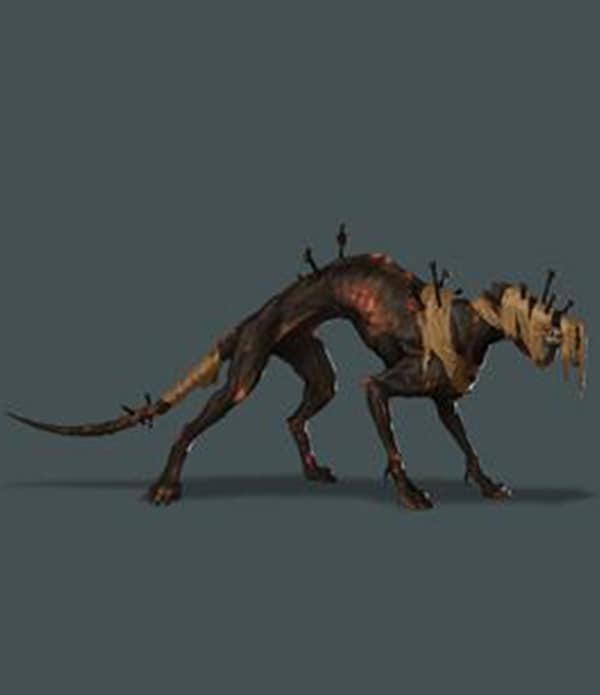 “Hound” is a misnomer, but it’s what the Buri call them. But for basic form, what I like to call Stinkhounds, are biologically unlike any creature on Earth. They are fast and vicious predators of the wasteland deserts. Their stench provides a good warning sign that a pack is approaching, but only if you’re lucky enough to be downwind.

"Wasteland Hounds are fast, vicious predators most often found in packs wandering the open desert or the bowels of the Buried City. They sometimes accompany Buri as guards and companions, often charging their prey as the Buri closes in. Their preferred method of attack is to jump and bite their targets." 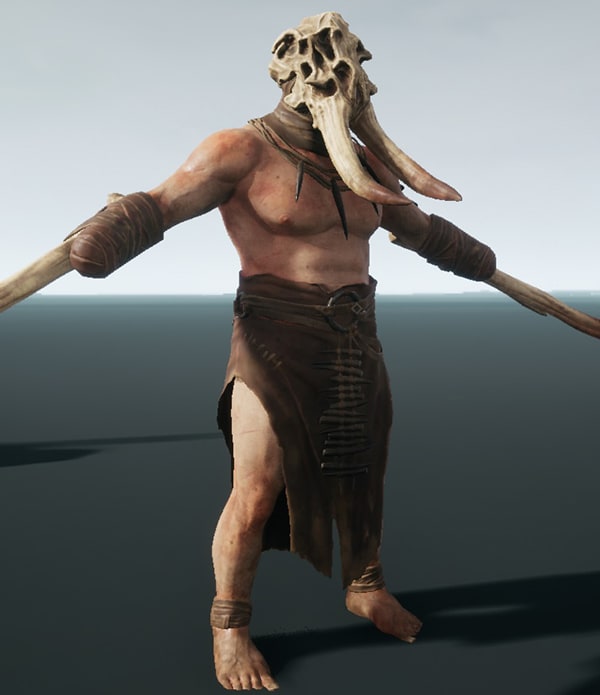 Near as I can tell, Buri Berzerkers are insane. They ignore all attempts at communication, attacking on sight instead. The massive bone scythes on their arms appear to have been surgically attached—a disfiguration they perform on themselves as part of some brutal ritual. I heard that it was an honor to disfigure themselves in that way, if the Buri are to be believed. They evaded the question when I asked how Berzerkers were able to attach the second scythe...

"Berzerkers are some of the strongest and toughest Buri warriors you will find. Their scythe-like arms deal tremendous damage at close range." 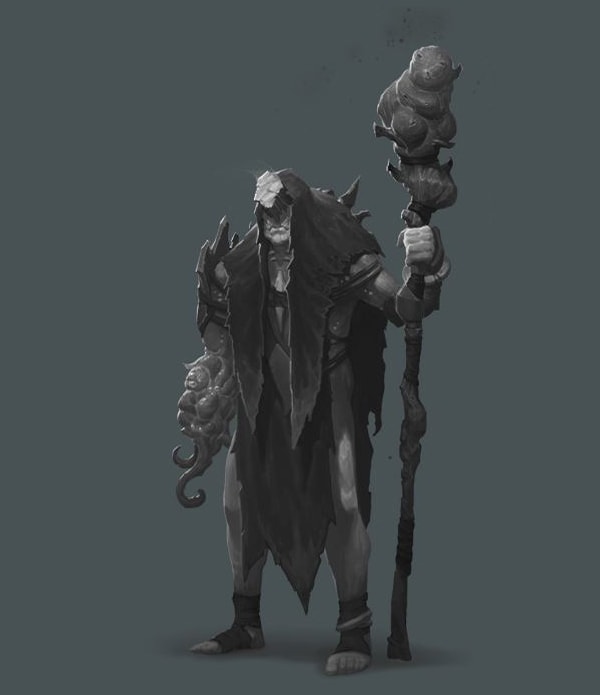 The Buri have a strict caste system, defining roles and responsibilities with their tribes. One caste—the Shaman— have embedded radioactive crystals in their faces, either as a sign of power or as a means of protecting the tribe. The Shaman are dangerous and unpredictable, able to irradiate others with a glance, even causing them to explode on death. I have been unable to find their source of crystals or witnessed the ritual where they are embedded into flesh.

“Shaman are often found patrolling the desert wastes alone or in pairs with either Slingers or Berzerkers. They can emit a powerful beam of radioactive energy from the crystals embedded in their skulls.” 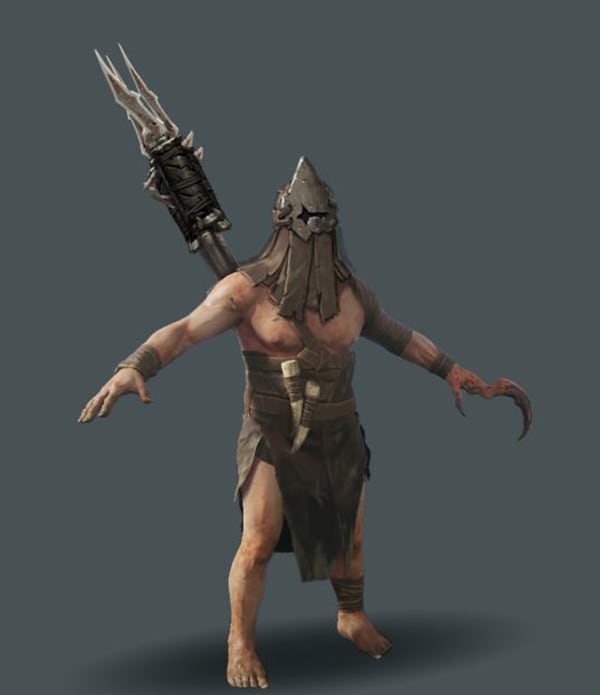 At first, I thought Impalers (one of the many different types of Buri found in the Wasteland) were human, but their physiology is greatly mangled, and their intelligence is generally closer to that of neanderthals. Their ancestors might have been human once, but that suggests there has been contact before between Earth and the other worlds. I’d rather assume the Impalers were always this way. Otherwise we have always been wrong… about everything.

“Impalers can hurl their massive spears a great distance. The attack is so powerful that it will surely stagger you when it hits. Luckily, the spear flies through the air relatively slowly, so it’s easy to perform a well-timed dodge to evade it… that is, as long as you’re aware it’s coming.”