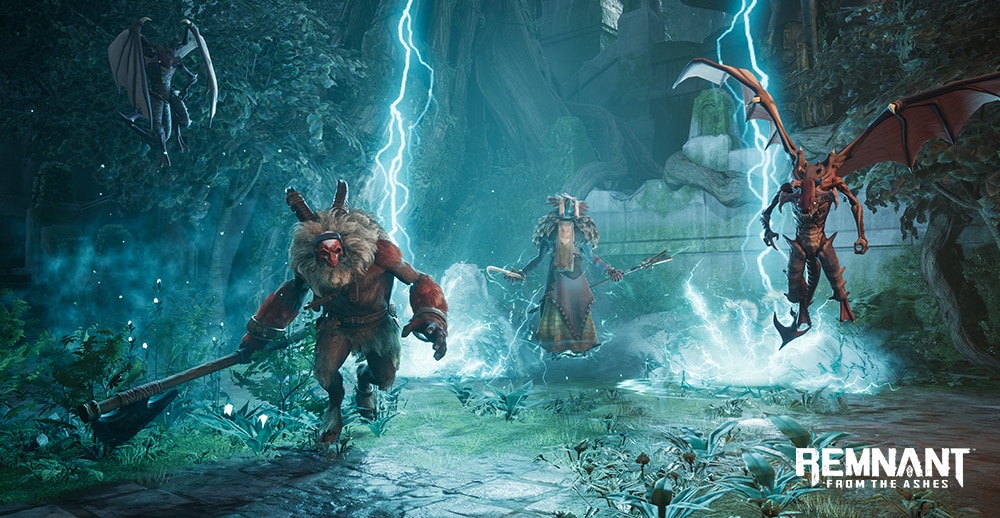 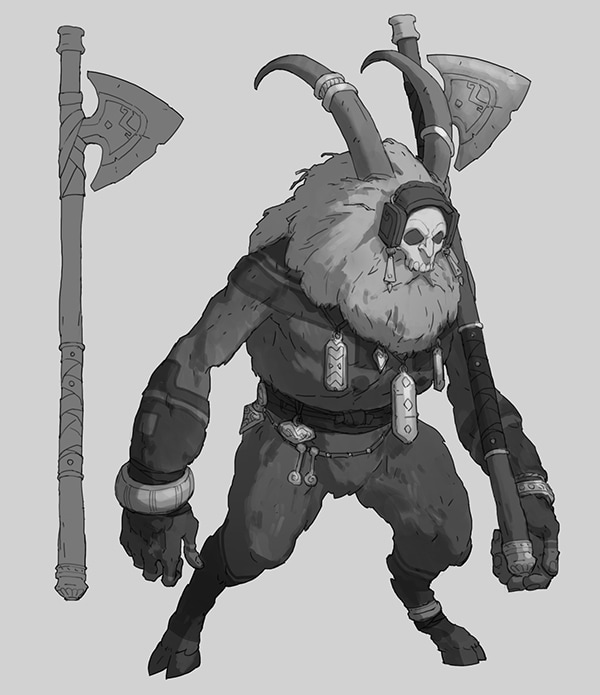 Size, strength, agility and power are revered traits in Pan society. No other creature in the Gul tribes embodies this mix of characteristics as effectively as the Pan Brute. Although, slightly smaller than the Impaler, the Brute is faster and far more agile than its lumbering cousin. It can close the distance to its target in a single bound and decimate it with a series of impossibly quick strikes using a monstrous flint battleaxe. Unlike the Brutes of other biomes, the Pan Brute flows seamlessly from one attack to another. You won’t find an easy opportunity to dodge or counterfire.

“My favorite aspect of the Pan Brute is the accuracy of its attacks. Normally fast, tank-like enemies with huge range make for difficult, potentially unfair, fights. It is key that the Pan Brute’s attacks are exactly what they appear to be. When it performs an axe chop diagonally across its chest, you can intuitively figure out it has a blind spot underneath and to the side of the swing. Yes, you can dodge roll instead of taking the higher-risk strategy. Just remember, if you rely too much on dodge rolls, you’ll soon be out of stamina. The pan never run out of stamina.” 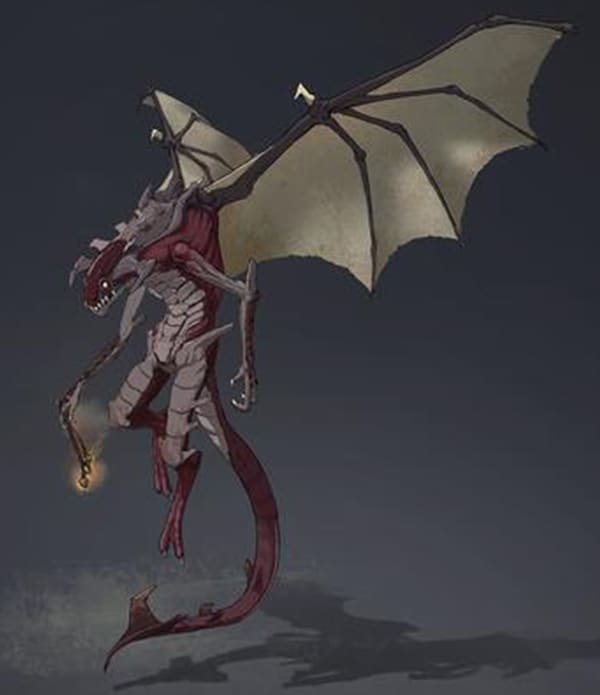 The Zephyr is a subspecies of the Wrin, a winged race subjugated by the Pan long ago. Highly intelligent and loyal, the Wrin form the vanguard of the Pan army employed as the scouts, guards and assassins of the nobility. The Zephyr’s primary weapons are its Bolas, an entangling weapon made up of three incendiary weights connected by a thin filament. With a quick snap of its wrist, the Zephyr can ignite the Bolas and fling them with unerring accuracy at its intended target. Impact from the weapon can cause devastating burns and knock a victim to the ground.

“What I love about the Zephyr is how challenging it is to fight. It’s agile and the bolas inflict a good deal of damage from quite a distance away. The fact that they fly also forces you to scan the skies, leaving you vulnerable to enemies on the ground.” 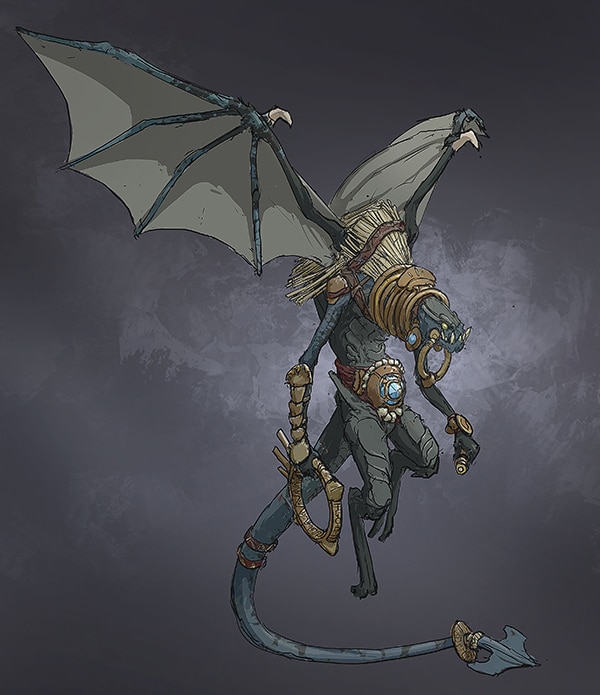 The Slink is a distant relative of the Zephyr. Also a Wrin, the Slink is employed as the Pan army’s long-range defense. Its special attack takes the form of an electrical barrage – launching orbs of electrical energy from a great distance away. The creatures will attempt to maintain this range advantage so getting close will be challenging.

“A single Slink brings enough pressure to force any player into cover. Often found as part of an attacking group, the Slink excels at forcing players into compromising situations – focus on the ground enemies and risk a devastating blast from the Slink’s orbs or engage the Slink from range giving ground enemies time to close the distance…” 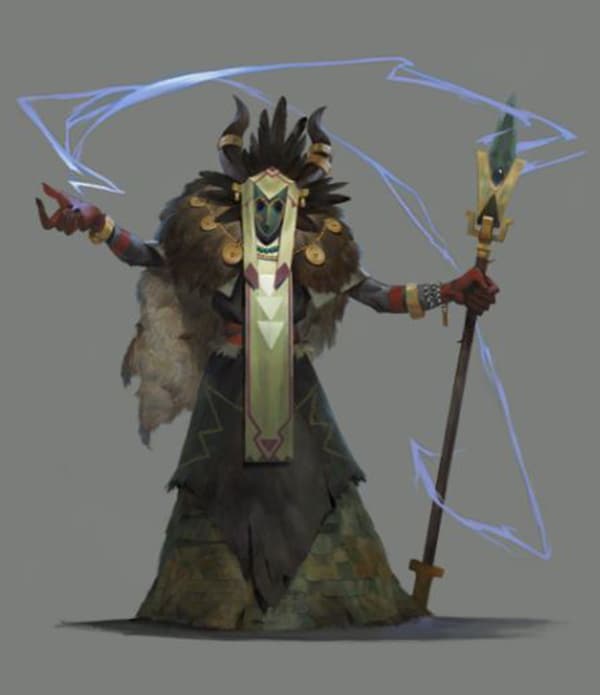 Members of the Pan Priesthood are not trained for frontline combat. They move slowly, and their melee attacks deal only moderate amounts of damage. But give them enough space and they will exhibit the devastating power that comes from a life devoted study to the study of arcane energy. The Storm caller is the most advanced of the Pan Priests. It can summon electric charges that travel along the ground and are difficult to evade – these charges can polarize the target enveloping it in a field of energy that explodes when hit with subsequent electrical attacks. The strongest Storm Callers can even summon thunderstorms to the battlefield. The air will grow thick with ominous clouds that project bolts of lightning at nearby enemies.

“In its most powerful form, the Storm Caller is a one Pan army. It’s possible that you’ll have to deal with all its offensive spells at once. Lightning charges run along the ground, electric blasts travel at chest height, while lightning bolts strike from the sky. Naturally, its storm clouds lower your visibility. When all these elements come together, you have a challenging and cinematically dramatic encounter. You may find yourself and your teammates standing on the edge of the tempest wondering who’s going to brave the storm and charge right into the eye of it all, were you know the Storm Caller will be watching.”