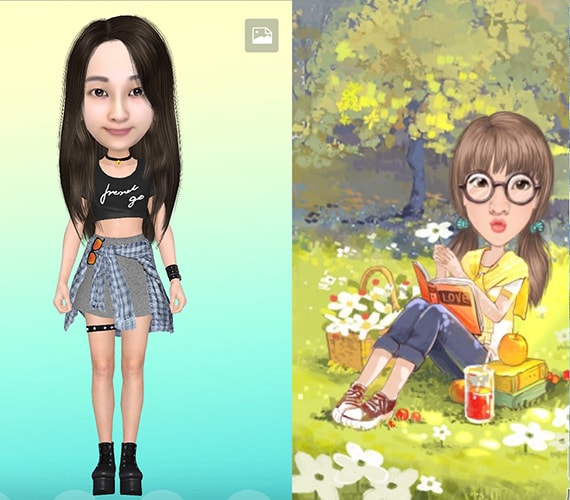 The month of May is Girl Power Month! In honor of this, we thought it might be fun to give our community the opportunity to ask our all-femaile Bejing Ops team some questions both about the game and about just how they made it into the industry. With such a busy schedule ahead of them we were able to get responses back from Kaisy and Kuni; two keystone members of the operations behind the game we all love so much! They wewre even able to get us a few photographs of their offices and the Wanmei campus!

PWE: Thank you for taking the time to answer some of these community questions! We have a large community of players here who absolutely love PWI and were a bit suprised to learn that in Bejing the Operations Team is made up entirely of women. It's empowering and very cool.

Kuni: Thank you! It's not every day that we get to answer questions from the players. We were more than happy to. Some of the team is really busy working on PWI, so they won't be able to answer some of the questions. But Kaisy and I will be happy to do it.

PWE: Okay cool. Our first question is for the both of you, Who are you guys, and what do you do for PWI?

Kaisy: My name is Kaisy and I am one of the Netops Engineers for PWI. I've been working at Perfect World for over 6 years now.

Kuni: Hi everyone! I'm Kuni and I work in development support. I've been with the company since 2012

PWE: Cool! We're going to open up the field a bit to allow you guys the opportunity to answer some questions submitted by our community members. 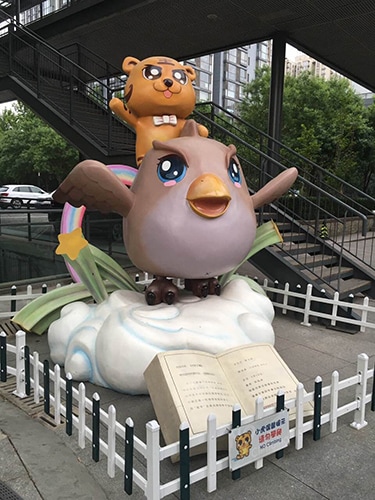 Laiwaisan: What kind of schooling do I have to go through to get a job as a developer or in Operations?

Kaisy: For operations, you need to learn some marketing skills, also need to learn communication skills to know what players want the most and try to give them what they want within reason.

Laiwaisan: How did you get your start?

Kaisy: I was a player of PWI before I started, a really big fan of it. I loved the game so much that I wanted to be a part of it so when they said that they were hiring I applied and got the job.

Laiwaisan: Are you guys allowed to listen to music while you work? What music do you listen to?

Kaisy: Well, music is allowed as long as we don't disturb others. I’m a huge K-pop fan.

ayejay101: How did you all manage to become an all female team and not a single male?

Kuni: This is happened by chance I think. I was one of the newer people and the team was already set by the time I got here.

schnubbelpuh: Why can’t you sleep in the bed you place inside your Homestead? It’s your bed, you should be able to sleep in it.

Kuni: We're giving this feed back to our developers to see if we can make this happen. 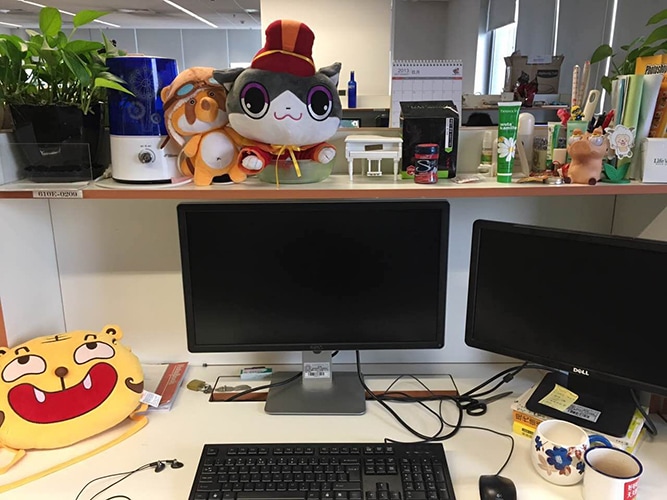 asterelle: By what criteria do you judge the state of class balance? There are a lot of factors that can be judged: 1v1 ability, mass PVP ability, PVE damage output, class popularity, player feedback. What factors do you actually consider when deciding which classes should get strong buffs while others are allowed to fall behind?

Kuni: The developers are the ones responsible for game balance. They take lots of things intoconsideration when making balance changes like feedback from the players. Like Psychic and Assassin for example, they used to be very powerful, then through feedback the developers worked on them a little bit to bring some balance to those classes. Balancing is a never ending job.

jenna3d: Why are all the female char's clothes so sexy compared to male characters?

Kaisy: I think theres a lot of cute ones as well. ;)

jenna3d: Will we ever be able to purchase fashion weapon skins that are permanent?

Kaisy: There are no current plans to change this right now.

keeperofkeys: What do you do during the 3 hour maintenance window every week?

Kaisy: We have a checklist that we have to run. We have to make sure the auto patch system is working and updates correctly, we also spawn NPCs that are required for specific times, check whether you can log in/out, create characters, kill monsters with normal damage, mail items to other players, etc. Its a pretty  big checklist and sometimes it may take longer to finish than others. 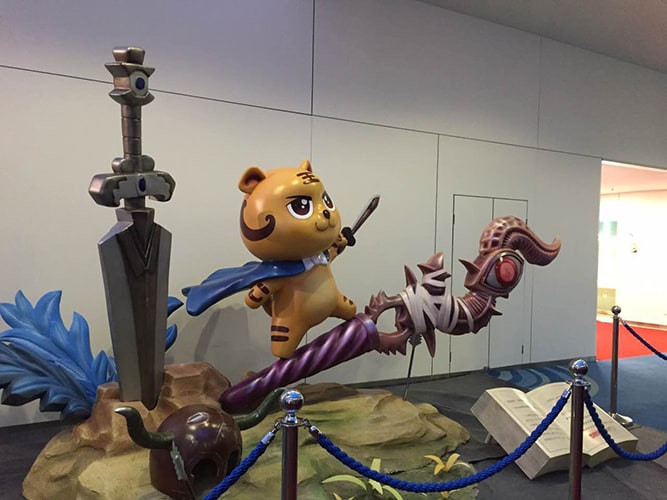 sylenthunder: When are they going to update the client engine to Angelica III like they stated they brought Archosaur Group dev's back in November of 2013 to do? Are the classes going to get skill graphic upgrades? This is something that was promised over two years ago when the original dev's were brought back in.

Kuni: The company has been under a lot of changes since then, so this will take longer to realize than we had originally thought.

sylenthunder: When are the older classes going to get the ability to cast while moving?

Kuni: Thisis a feature for the new race, so we will not give it to the other races right now.

beast21g: We will have a new map for TW? It is boring the same map. Make it like cross server TW. Maybe not so big but you got the point.

Kaisy: We just released the cross server faction war “Dragons' Conquest” on live, sounds like this is what you wanted.

khurshed: Was it hard to get to where You are today?

Kaisy: Nope, just love your work, and work real hard towards your goals; but I’m really lucky that I can work on something that I love to play.

khurshed: Does the work you do make you feel happy and satisfied at all times?

Kaisy: Well, sometimes I have to check the same bug over and over again because I cannot reproduce it. This may be tedious. But after all, this is work.

khurshed: As a female do you ever feel a sense of discrimination at times?

Kaisy: Nope, those programmers like to work with us girls. We find it pretty easy to get things we want fixed fixed. Lol ;)

khurshed: Do you feel Happy with how PWI portrays Women and the Fashions that PWI has with them?

Kaisy: Yes, you can be any look you want by customizing you face and body. I like all the different fashions female characters have as well.

khurshed: Lastly , What do you think of the Current state of the Game?

Kaisy: We love having a new homestead system! It feels great to build the home of your dreams. 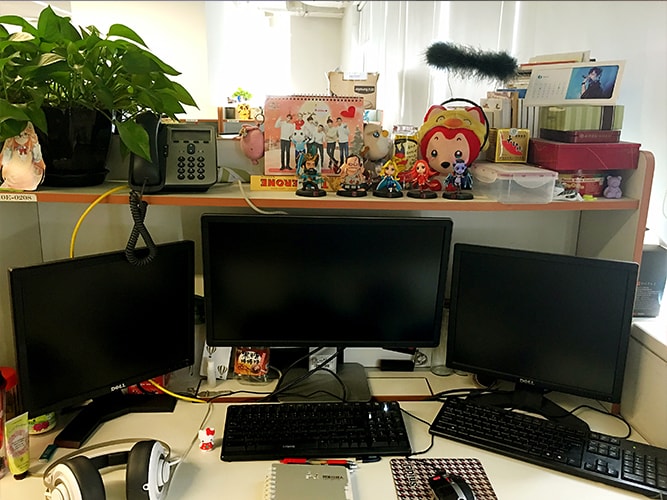 kiiyukaa: What is your daily routine in the company? What is the first thing you think about when you go through the door?

Kuni: First thing we do is check our emails. Then I will plan my day out via the tasks and questions I have in my emails. Like I need to update certain items in Boutique, or check bugs that QA reported and meet with the developers to see if we can fix them.

kiiyukaa: If you could, what would you change in games that you work on?

Kuni: I'd like to take more initiative in making more US specific events and functionality.

myhero: Gold prices are super high and demand is skyrocketing. how are you going to tackle the extreme amount of coins ingame? any coinsink going to be implemented anytime soon?

Kuni: We will try to make more events to increase the amount of coins in game later.

druppyjkj: Is PWE working on any brand new Virtual Reality MMORPG games or have plans to?

Kaisy: Heard there are teams working on VR games.

Kaisy: No plans to do that yet.

heero200: Will the World bosses ever become stronger and evolve?

Kuni: The developers are working on this, maybe we will create more powerful bosses in the future.

heero200: Do you ever sit at home on your days off and go BINGO thats how we could do it?

Kuni: Usually we go outside for weekends/holidays. :)

heero200: If you could make any clothing for PWI what would it be and Why?

Kuni: Get us a clothing making system if possible! I wanna design the fashions by myself!

heero200: When are the old instances going to be restored to former glory. Nirvana etc.

Kuni: Let’s focus on the challenges the new instances give us and leave old ones to lower level players.

heero200: Do you ever do any team building?

Kuni: Yep, we played baseball and did some Dragon Boat racing during our last team building event. 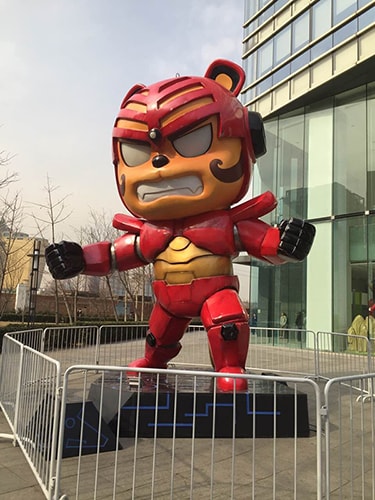 testxvi: Any plans on making more venomancer pets able to be evolved? Such as the rare pets Tabby Plumdrop and Snow Hare?

testxvi: Any plans on buffing the evolved pets? They are falling behind since New Horizons expansion.

Kaisy: Will try to give more power to the existing battle pets.

testxvi: Do you girls actually play the game in your free time?

Kaisy: Yes! I have 2 characters with LV105 in game, one is a Mystic, and the other is a Venomancer.

We hope you all enjoyed this behind the scenes look at our Operations Team! Keep tuned in for more interviews with the women who make PWI possible!