The Year of Klingon: Part 3 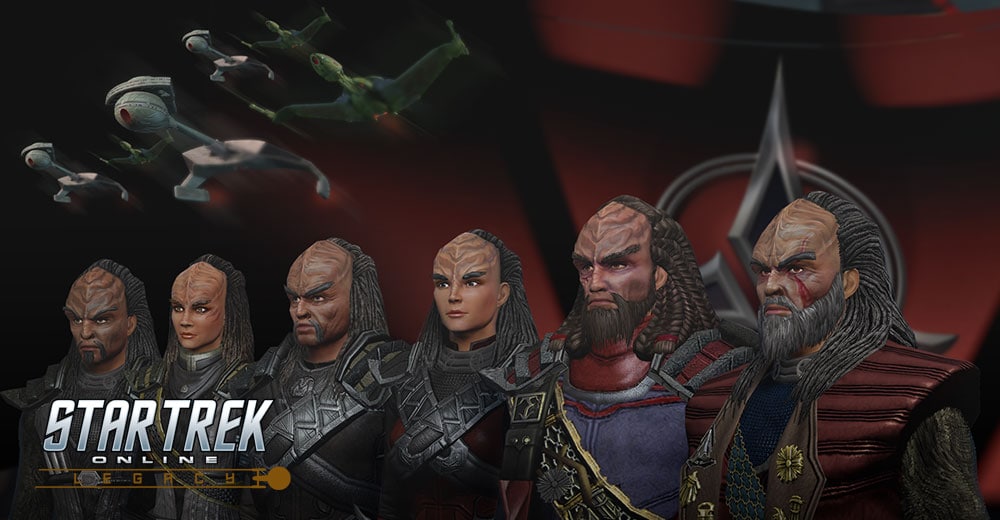 Glory and honor to you, for the third part of the Year of Klingon is upon us! As we announced nearly a year ago, we've bent our efforts towards improving the Klingon experience this year, with updated ships, NPC models, a brand new story, and a complete overhaul of the Klingon Starting Experience. While the story of the Klingon Civil War won't reach it's conclusion until the spring, we're proud to announce that we've completed the overhaul of the Klingon Starting Experience. Starting with our Anniversary Update, there will never be a better time to create a new KDF character and play through these classic missions, reimagined for a new era. Experience new cutscenes, character models, and environments for perhaps the greatest chapter of the Klingon story: your personal journey into Grethor.

Of course, no journey into Klingon hell would be complete without some demons to battle. The Fek'Ihri, whether you believe they are the actual Klingon spirits or a creation of Dominion science, are one of the hallmarks of these Missions, and we couldn't let it go without giving them some love as well. The entire critter group has gotten new materials courtesy of our amazing Character Artists, giving them a look to match their terrifying reputation.

Once you descend into Grethor, you will need to battle for your very soul, and the only way to do that is to face the three demons the Klingons fear most: Cowardice, Dishonor, and Treachery. These spirits now return with a brand new look, new boss mechanics to make their fights truly memorable, and a complete backstory for each character. We'll be revealing more of that in the days to come, but for now, get a look at the completely redesigned Dishonorable Three. (Click on the arrows to move between pictures.)

Of course, we can't only give a facelift to the denizens of the Underworld. As part of this update, we've redone S'gen, son of Torg, a swordmaster who stands between you and justice. And we've redone the model for the most important Klingon to ever live. Kahless himself looks better than ever, with a modern model that truly befits the Unforgettable.

Finally, we've given Klingons more options to play with their hair, with several classic Klingon hairs coming to the game. These include a look inspired by Worf himself. These hairs are usable by Male and Female characters, both Discovery Era and 2410 Era Klingons. Take a look: