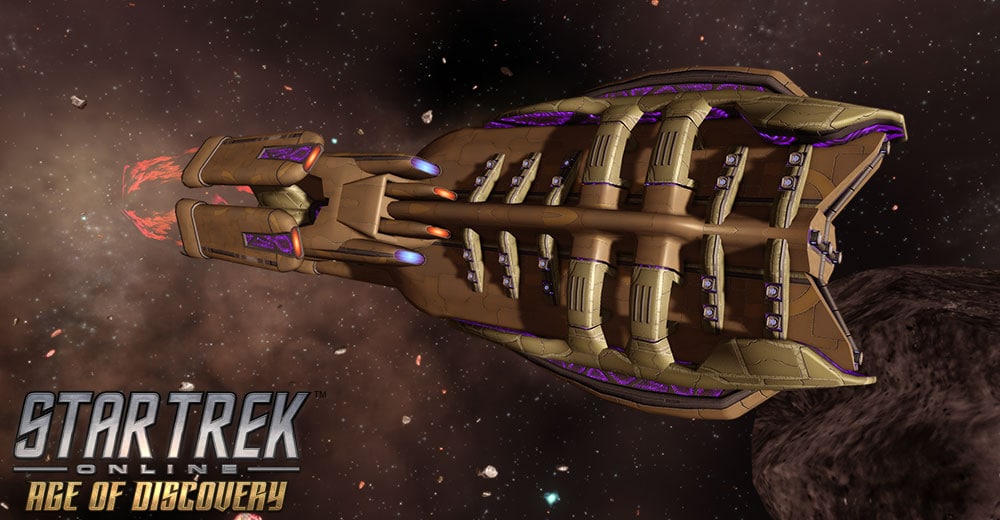 From December 4th to January 3rd, we are running a promotion that will provide an additional bonus when opening a Research and Development Pack.

We are excited to announce a new addition to this Promotional Ship Pack: The Vaadwaur Miracle Worker Juggernaut [T6]!

While smaller Vaadwaur ships were easy to operate and acquire, the Juggernaut has been more difficult in both areas. They were salvaged at a much lower frequency than other Vaadwaur ships, and their power usage led to frequent complaints from engineers - some systems simply consumed more power to run once than any reasonable ship would generate in a year.

However, continuous work on reverse engineering and advancements in technology, notably from the Alliance’s Miracle Worker ships, have finally unlocked the secrets of the Juggernaut.

** Complete stats/abilities of the Vaadwaur Miracle Worker Juggernaut are included at the end of this Dev Blog – keep reading for more information!

The player fortunate enough to win this ship pack will be presented with a choice of claiming a package containing the new Vaadwaur Juggernaut, or any one of the following ships:

Ships of the Vaadwaur Supremacy emphasize frontal assault and overwhelming offense, and the Vaadwaur Juggernaut is the epitome of this design philosophy. The Vaadwaur dedication to warfare shines clearly in the ship, the top of the Vaadwaur line. Like all Miracle Worker ships, it comes overloaded with power, even compared to other ships of its size. This allows it to mount truly devastating firepower, and divert staggering surpluses of power towards features that lesser starships abandoned for being too power hungry.

The Vaadwaur Juggernaut comes with an integrated Juggernaut Array. When activated, after a short charge up time, the Juggernaut Array fires a massive blast of Polaron Energy directly in front of your starship, knocking back and massively damaging anything not outright obliterated.

Taking damage while the Supercharged SIF Conduits console is active will decrease the cooldown remaining on your Juggernaut Array.

One of the more subtle reasons for Vaadwaur supremacy in combat is this technology, developed by Vaadwaur engineers, which supercharges your SIF Conduits and cross-links the output to the Emitter and Impulse assemblies. This makes the ship better able to withstand incoming damage due to the increased power to your Structural Integrity Field, and also allows it to bleed off some incoming damage away from the hull into your Weapon and Impulse systems, increasing their combat performance.

Additionally, the unique design of the Vaadwaur Juggernaut allows this to seamlessly intertwine with the Juggernaut Array, shunting additional incoming energy towards initial charge required for that massive blast to be fired. This sequence can only be sustained for so long before the required prediction algorithms become too unstable and risk significantly damaging the systems interconnected this way.

After achieving level 5 in the Vaadwaur Juggernaut Starship Mastery, you will unlock the "Weapon Emitter Overdrive" Starship Trait. While active, upon activating any Bridge Officer ability that affects Energy Weapons, you will gain a significant buff to your Directed Energy Weapon Critical Hit Chance and Accuracy Rating, but also increase the weapon power they cost to fire.