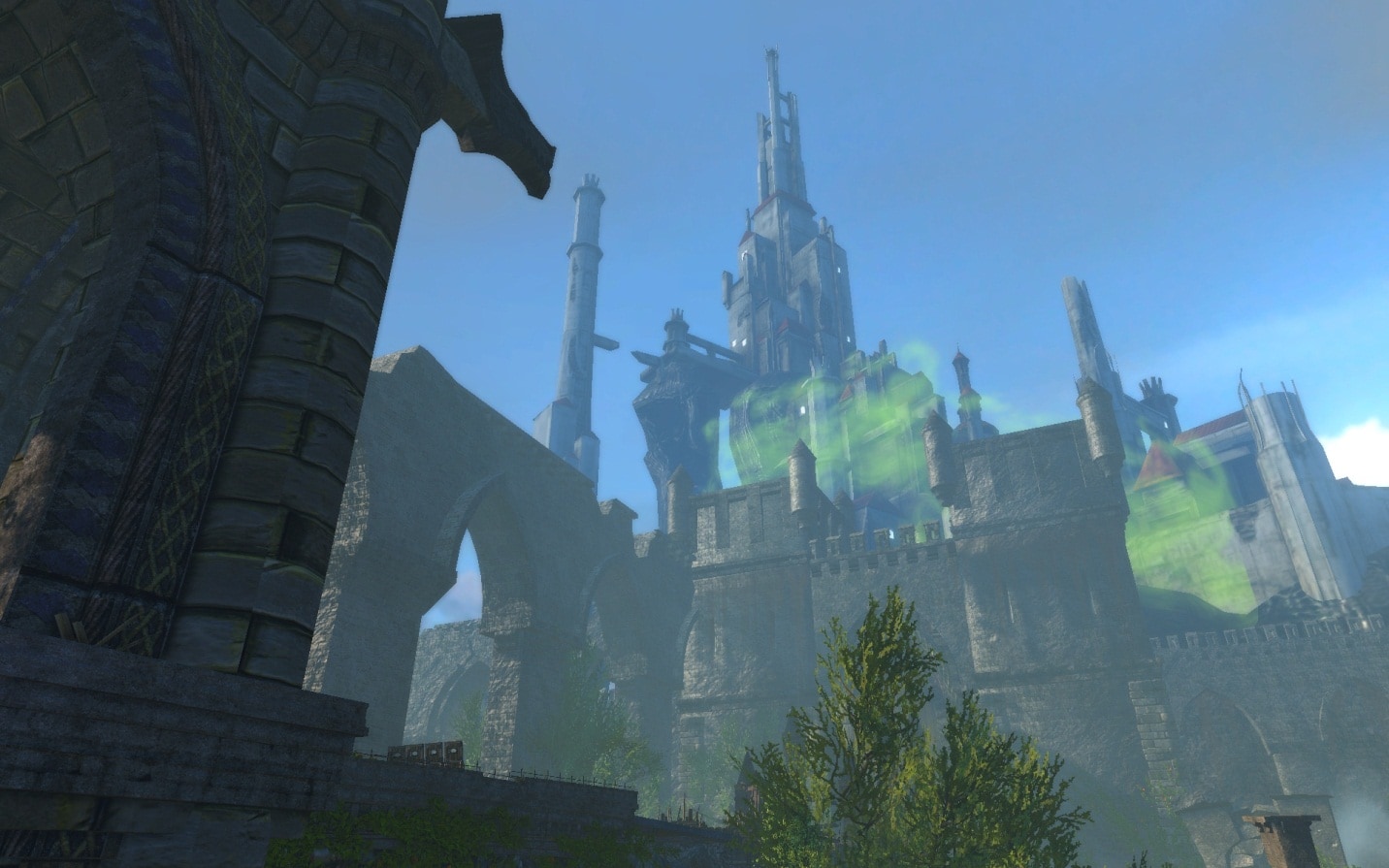 Valindra was defeated and driven from Castle Never. The fortress sat neglected and empty save for roving hordes of master-less undead and other unsavory creatures who found the decrepit structure an ideal lair. Many adventurers have entered Castle Never since Valindra’s eviction, searching for fame and fortune. Some have returned. Many have not.

Lord Neverember decided that the time has come to lance this boil on Neverwinter’s side and restore Castle Never to its former glory. This would remove a threat to the city and provide a much more prestigious seat for his rule. He dispatched his guards, supported by more willing adventurers, into the castle to clear it and make it safe for workers to begin the restoration process.

A few days after the clearing process began, guards started fleeing back across the Sleeping Dragon Bridge pursued by both undead and demons. The guards who escaped reported that the undead and demons seemed to be cooperating and were searching the castle. One guard related being questioned by an undead mind flayer about the phylactery of Azharzel, Valindra’s dracolich.

The evidence seems to lead to one conclusion: Orcus, Prince of the Undead, has come to Castle Never—and he’s looking for a new pet. 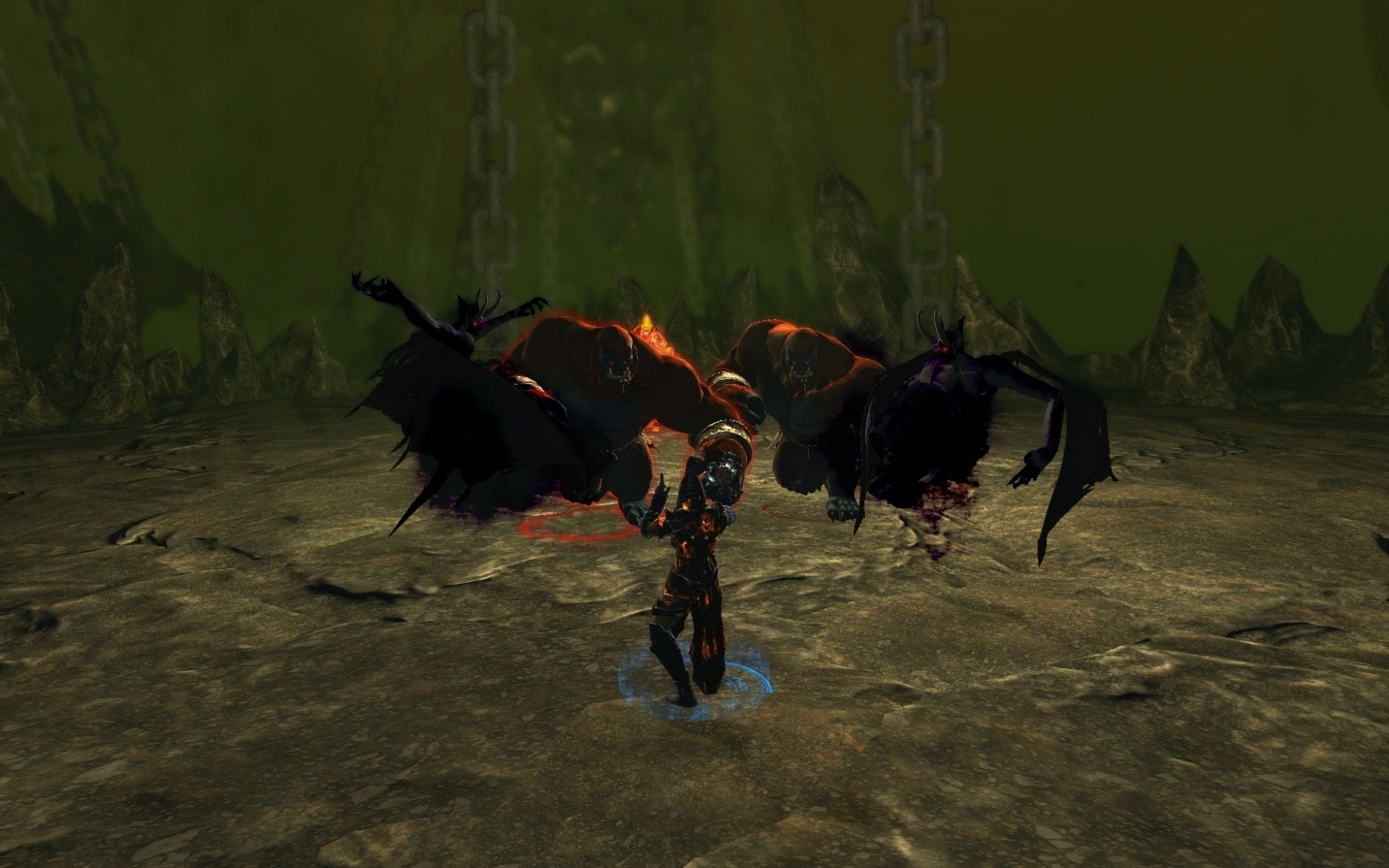 Castle Never has been completely revamped! The length and flow of the map have been streamlined for a more compact thirty minute dungeon experience.  New bosses and rewards round out the dungeon.

Players must battle through Orcus’s demon hordes as well as newly-raised undead adventurers to reach the ultimate source of evil inhabiting the castle. The trek includes a brief side trip into the Abyss to fight Orcus’s minions on their home turf. 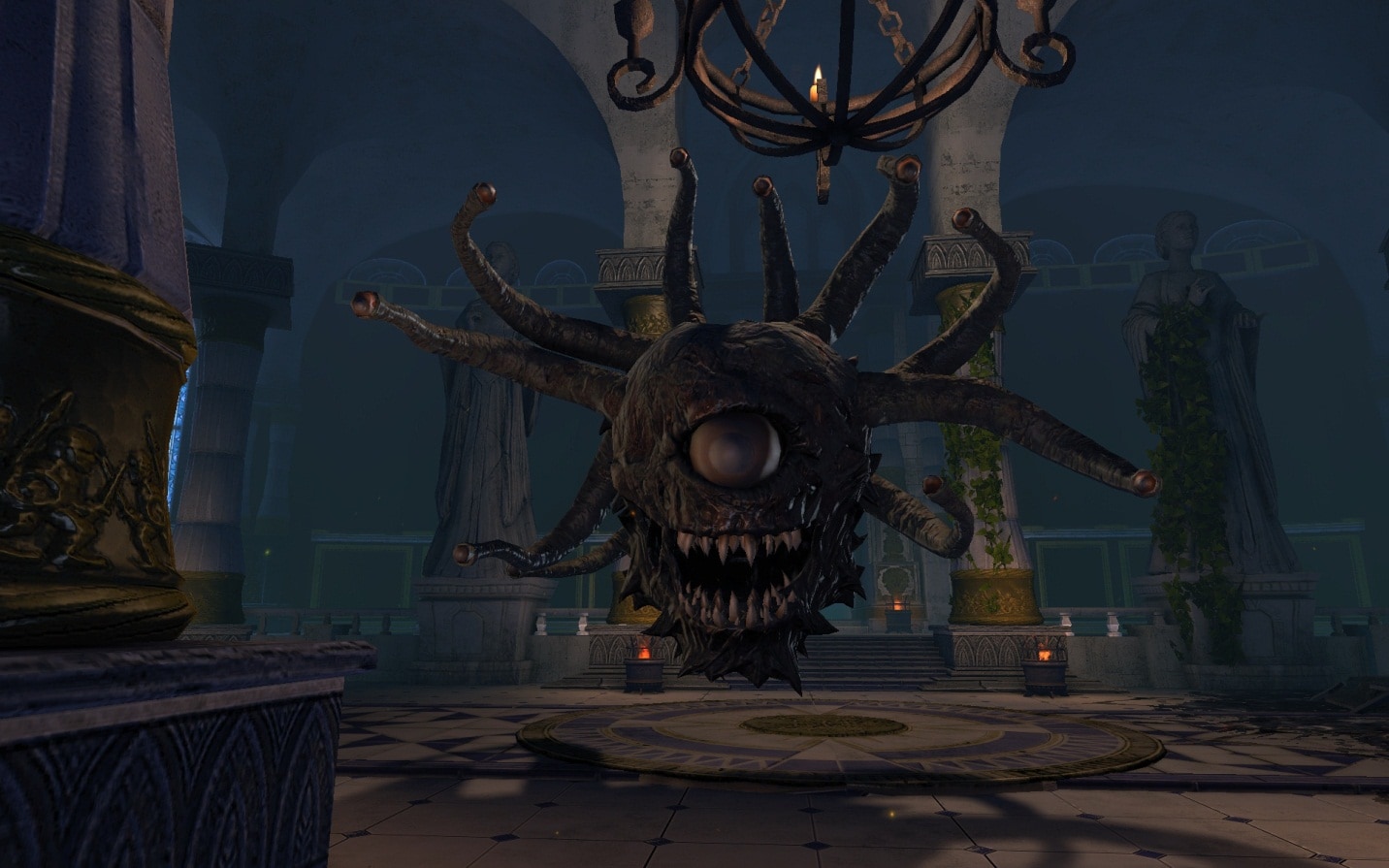 Adventurers who survive this excursion must also battle their way past two mini-bosses.

The first boss is both old and new. Tal’gath the beholder served Valindra in life. It now serves Orcus in undeath as Tal’Gath the Undying. In addition to the normal array of beholder abilities, Tal’Gath also has a nasty ability it gained from its master called Chains of Undeath.  This power chains two adventurers  together and slowly drags them toward each other. The unlucky targets must avoid being drawn together or bad things happen.

Tal’Gath’s power is an early taste of what the adventurers will face in the final battle of the dungeon. 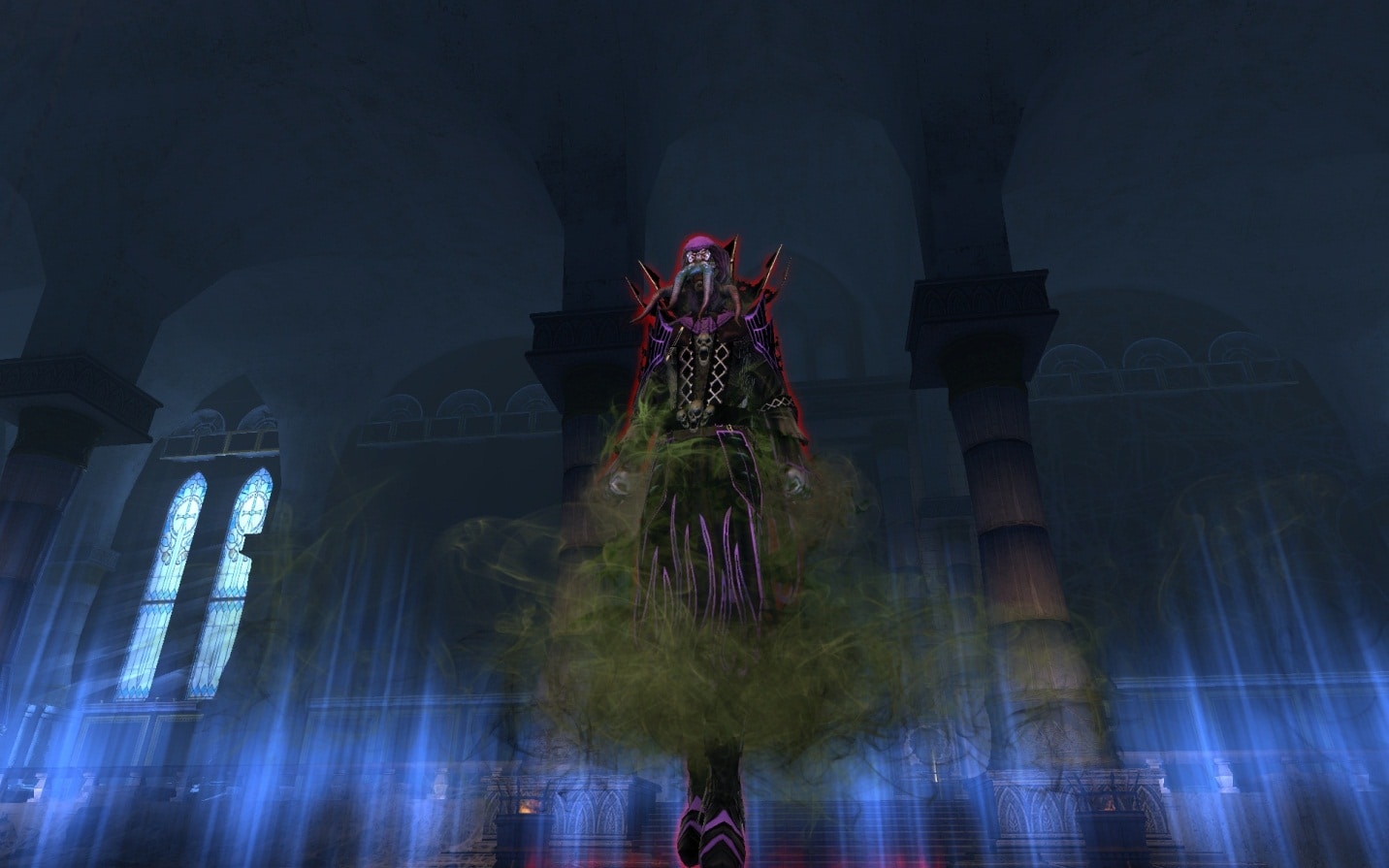 The second major obstacle in the adventurer’s path is Cthylarr the Illithilich, an undead mind flayer from Cyrog, the mind flayer enclave now ruled by Orcus and his undead elder brain.

As a lich, Cthylar has powers over the undead. As a mind flayer, Cthylar has mental abilities and the power of illusion. The lich uses these abilities to augment its own attacks with illusory tentacles and undead minions. It also uses its tremendous mental abilities to create large beds of phantasmal spikes on the floor or ceiling—and then flipping the room so unwary heroes fall on them. Defeating Cthylar requires keeping one eye on the terrain above you to avoid a messy death.

In the next blog on Castle Never, we will take a look at the big bad himself—Orcus. Keep an eye out on all things The Maze Engine, coming spring 2016!