Artifacts in Neverwinter continue to grow and thanks to the great response from players we are excited to offer even more chances to utilize this mechanic with new Artifact Gear and stats coming in Rise of Tiamat. The new artifact gear has more stats than normal gear, they’ll have a second enchantment slot, and we’re also introducing off-hand, cloak, belt and main hand artifact equipment.

Since the launch of Tyranny of Dragons, the Neverwinter Dev team has been looking to bring players more artifact equipment. Module 5 will bring more belt, main hand, off-hand and neck items. Each item will bring more customization options to make sure you have the right stats for the right situations. On top of that, players can upgrade the quality to epic and legendary and gain additional stats and gem slots!

Off-hand artifact equipment will drop from the Tiamat boss fight. There will be seven different pieces (1 for each class) and each piece will have a randomized power that will increase the effect of a particular class feature. The off-hand equipment will also feature a new Artifact Stat system that will allow you to customize your item to increase a specific stat (more on that later). 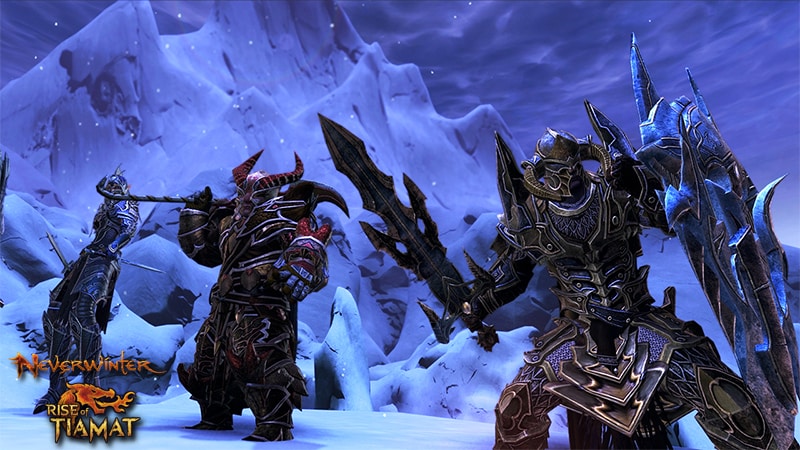 Rise of Tiamat will bring new belts and main hand gear to add to the equipment currently in the game from Tyranny of Dragons. More belts will be added for the artifact set: Seldarine - Charisma/Wisdom, Lathander - Constitution/Dexterity, Black Ice - Intelligence/Wisdom and Imperial - Strength/Dexterity. For main hand we will be adding 14 new pieces, which will include two paragon at-wills per class.

As with the previous artifact gear, all slots will start with a base stat equal to an equivalent piece of T6.5 epic gear. Stats will increase per rank. Below is a breakdown of the new gear and upgrades.

Off-Hand artifact gear will bring with it a new stats system that will allow you to customize your stat boosts. When a piece of off-hand artifact gear is upgraded to Epic quality, it will unlock a random stat slot. That power can be one of seven: Action Point Gain, AoE Resist, Combat Advantage Bonus, Companion Influence, Control Bonus, Control Resist, Stamina Regen. 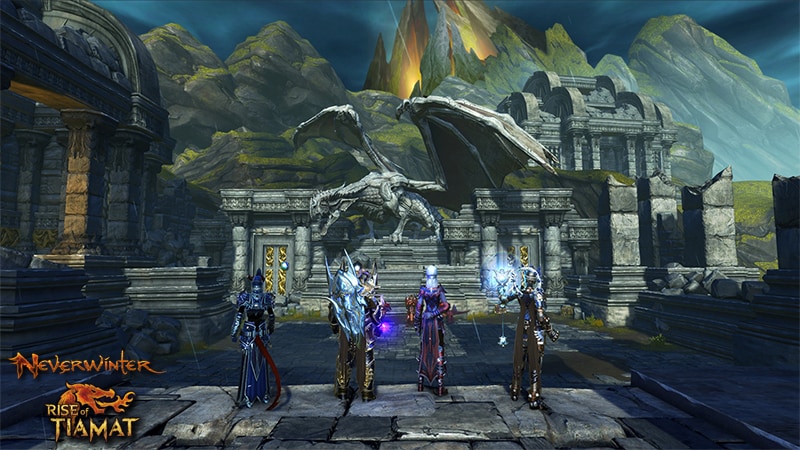 Artifact stats can also be re-rolled to receive a higher stat value. After unlocking all the available stats, you can switch to any of the unlocked powers or stats on your off-hand artifact by spending astral diamonds. Players will be able to continue to re-roll a specific stat as many times as they would like to try to get a higher value. Each time you re-roll, the stat a number between 1-300 is rolled. If it’s lower than the previously rolled value, the roll is discarded. The change will only take effect if it’s a higher value. All of this will be completed within a new user interface for off-hand artifacts.

The new artifact stat system will be only available through off-hand weapons, for now. Much like when we first introduced artifact gear, what happens with the stat system is up to the players. We will be closely monitoring this system on our preview server and once Rise of Tiamat goes live. Make sure to log onto the Neverwinter Preview server if you would like to see the new gear and stat system before it goes live.

We can’t wait for players to collect the new gear and experience the new stat system to give them even more customization options for their characters. As always, we want to hear what players think about the new artifact gear, so head over to the Neverwinter forums and let us know what you think!

*Note: Artifact Gear and Stats mechanics are still in development and are subject to change.