In Module 4, Tyranny of Dragons, we are making some pretty big balance changes across several of our classes. Wanted to take a moment to talk about some of these changes and why we are making them now.

We only made a small handful of changes but the two major ones are that Dodging and Blocking are now much more responsive. You can now activate them much sooner and will be less likely to be trapped inside an enemy splat during a power that takes a long time to wind up. The second major change we mad was an overall fix to Armor Penetration. It should now work on all of your powers correctly, so those of you who had DoT heavy builds or were using powers that didn’t always benefit from it correctly should see a pretty substantial increase in power from this change.

During Module 4 we had a lot of goals for things we wanted to see changed or improved in regards to our classes and how they interact with one another in group content. Given this we decided to tackle Guardian Fighters, Hunter Rangers, and Control Wizards in this patch. Great Weapon Fighters also received some changes in the same vein as Guardian Fighters so we could keep parity there. 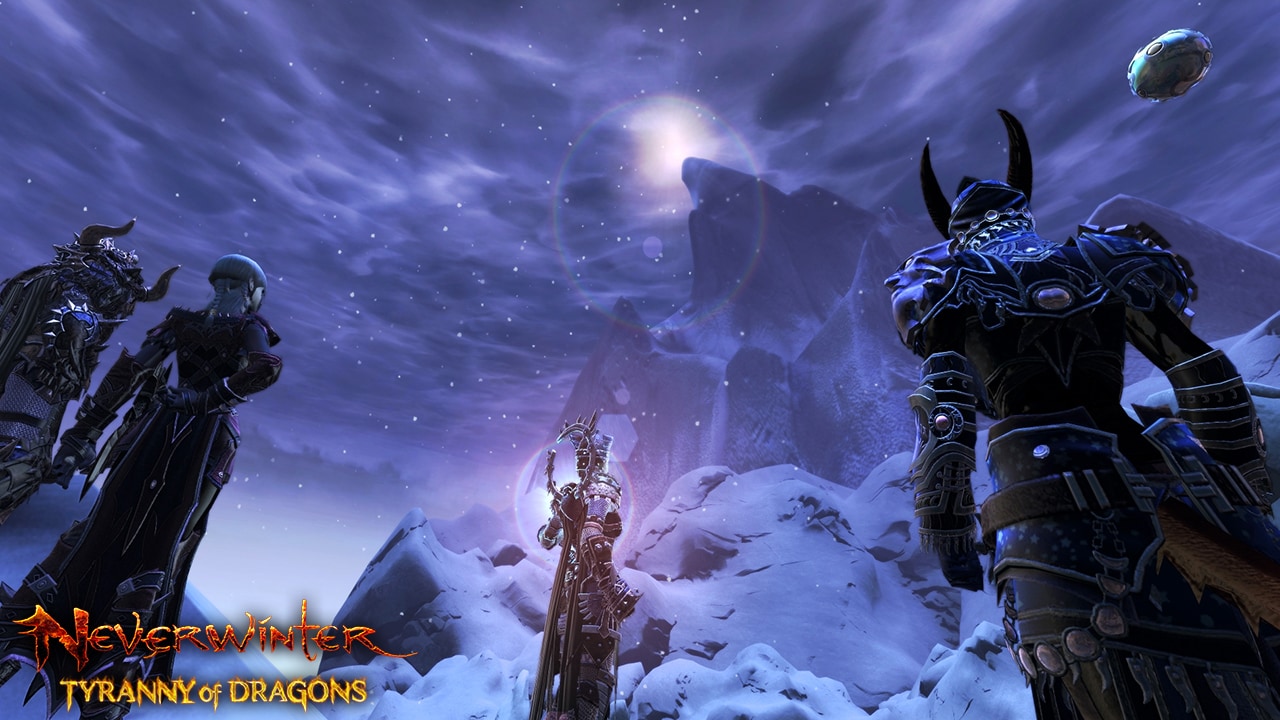 Control Wizards filled too many roles in groups and were more often than not the “right” choice for a group over other class, and this was very frustrating for people who played other classes. Given this we took a long look at how powerful their AoE was and how their various powers compared to each other. We decided to rebalance most of their powers to be more competitive with each other and much more in line with other classes.

This has two major effects on the class as a whole.

In addition to the changes made to AoE Powers, the Control Wizard’s feat trees have been adjusted with major reworks for all their capstone feats to more strongly characterize the trees in their various roles. Of particular note here is the Oppressor tree, which has long languished as the weakest of the three trees.

We wanted to give Control Wizards far more options for rapidly applying Chill and make the benefits for freezing a foe much greater, the new Oppressor tree really embodies that effort. In addition, we have made changes to more strongly characterize Renegades as a group focused tree that has a “random” feel to it, with the capstone now granting buffs to all allies within 50’ of the caster; rather than in a small area around a target. That leaves Thaumaturge as the focused damage tree, which still gives players who wish to play their Wizard as an arcane destroyer some potent options to deal very heavy damage.

Overall the changes will leave Control Wizards with more direct competition in group content and will let them more strongly fill the position of controlling all the foes on the battle field or doing heavy damage, but not both at once. 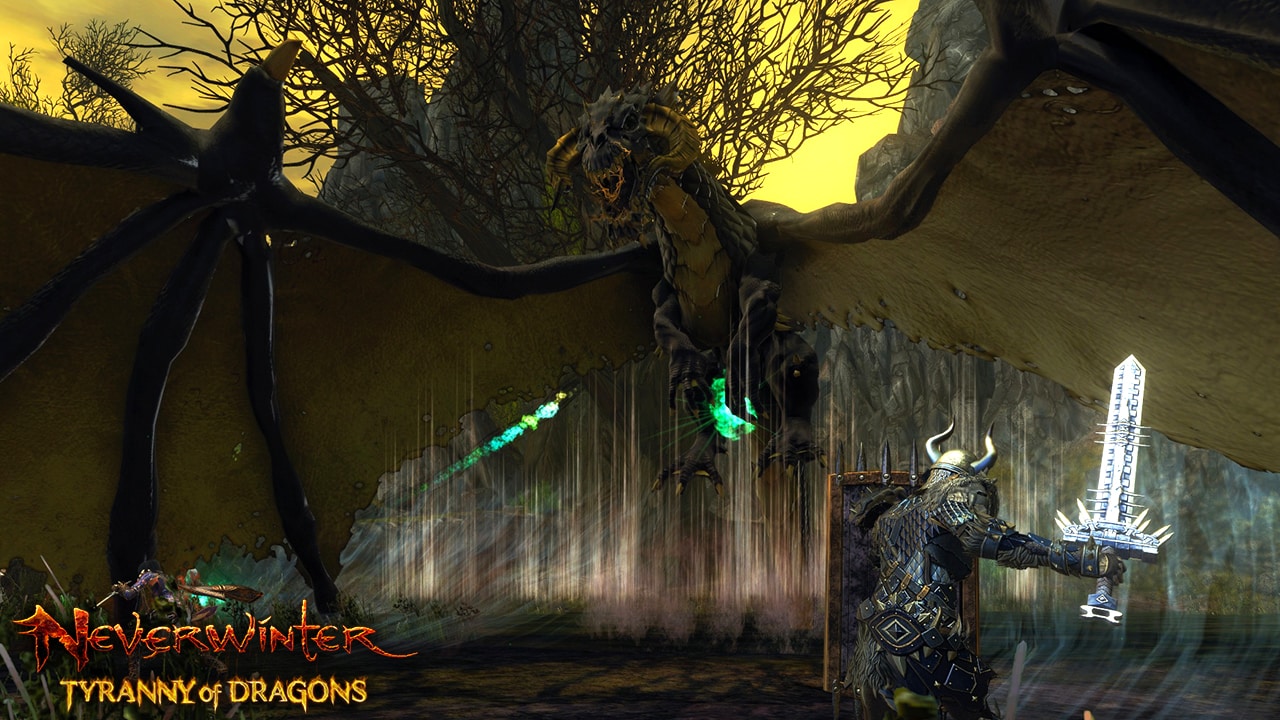 Guardian Fighters have had some issues filling the role we really wanted for a while now, and have had a handful of other issues that have made fixing them a difficult proposition. Therefore we decided that we would make some big changes to alleviate those issues and make them much better tanks overall. The biggest of these changes is how we have reworked Block.

Instead of absorbing some maximum amount of damage and effectively operating as a second pool of Hit Points that couldn’t be healed, your block will instead drain stamina at a constant rate and will block 80% of incoming damage after your damage resistance has been applied. This means that when you are holding a large pack of foes or are tanking a boss who hits very hard the new shield will actually absorb far more damage than it used to and this will allow healers to focus on managing how much damage is incoming at any given moment.

With that change to Block we felt it appropriate to make two other major changes to let Guardians capitalize on this new survivability.

In addition to these two changes we made many quality of life fixes to Knight’s Challenge, Knight’s Valor, Into the Fray, Guarded Assault, Supremacy of Steel, and all of the capstone feats that will make them much more valuable in a variety of situations.  We also improved many single target powers to make the soloing experience much less frustrating regardless of your spec. Overall Guardians should be in a much better place and will fill a very specific and important role in parties now. The other major changes for Great Weapon Fighters are PVP focused changes in an attempt to reduce the number of easily accessible prones there are in PVP. Prones have an interaction with Deflect that many players may not be aware of, in that while you are prone you cannot deflect any incoming attacks. This is part of the reason that Great Weapon Fighters were so potent at many of the PVP brackets and we have changed Takedown and Frontline Surge to stun opponents instead.

To help compensate for some of this loss in offensive power we also made Sprint much cheaper to use in addition to having it grant increased damage resistance and Control Immunity while active, which brings it much more in line with other shift mechanics. Lastly we took a long look at Hunter Rangers. A common theme we have noticed with many players is some general disappointment that they couldn’t play in one stance exclusively and were forced to switch stances or they performed very poorly. While we like the feeling of rapidly switching stances and the fluid feel that gives the class, we also want players to feel comfortable and happy with the class they are playing and that it fits their character. Given that we overhauled all 3 of their paragon feat trees to facilitate this.

The trees are now Archery, Combat, and Trapper. Archery is a sniper who focuses on landing precise shots that deal incredible damage. Combat is a tough melee fighter who strikes with precision flurries of blows and deflects incoming damage.  Trapper is a hybrid who controls his foes with Grasping Roots and switches smoothly from one stance to another, getting benefits from both while staying relatively safe from harm. Archer and Combat fill a damage focused role, with Trapper filling a much more Hybrid role that mixes damage and control together. The three play styles now feel very different and have unique power setups that make them all function very differently.

Trickster Rogues and Devoted Clerics – we haven’t forgotten about you! We’re already taking a similar look at each of these classes, and making changes that we think will improve both classes, as well as interaction with the rest of the classes. Look for these changes to come in Module 5!

That covers all of our balance changes for Module 4, Tyranny of Dragons. Good luck and Godspeed adventurers!