This is Tradd “Dreadnaught” Thompson addressing the Neverwinter community in my first developer blog to date, where I’ll be talking a bit about the Frost Giants (among other foes) you may expect to encounter in the newly explorable regions of Icewind Dale.

The Frost Giants are fighting for their rightful place at the top of the giantkind hierarchy under the command of the savage jarl, Storvald. To achieve this ambitious goal, they plan to take full advantage of an ancient power at their disposal: rune magic.

You’ll notice these Frost Giants to be a bit more adept in the ways of combat than their simpler cousins in Icewind Pass. From Runewielders springing icy traps and healing circles with rune magic, to Warriors hurling boulders and swinging massive axes, to Skalds inspiring allies with war instruments, to Beastmasters with their ferocious boneclad polar bear companions, besting them will be no small feat. However, their raw power can be outdone by shrewd tactics, quick maneuvering, and even using their own magic to your advantage.

Of course, Frost Giants won’t be the only adversary you will face as you make your way across the perilous tundra. Many familiar foes infest this new territory, including arctic beasts such as winter wolves, polar bears, and crag cats, as well as barbarian tribes with new members among their ranks—the totemists—who empower their allies and control their enemies with magical totems. Scarecrows come to life under a warlock’s powerful influence, whose gazes are enough to shatter the minds of even the most stalwart adventurers. This but scrapes the iceberg of what dangers you’ll face in the frozen wilderness, but the rest is for you to discover.

The Frost Giants were, albeit challenging, a blast to create. The process started with brainstorming several giant types that sounded like they would make for fun combat encounters. After a couple iterations of powers, I took what ideas I had and went to prototyping. One of the greatest challenges was coming up with giant types and powers that were resourceful on the art side, in addition to being interesting gameplay-wise. For instance, the Skald took some collaboration between design and animation to synchronize his drum-playing animation with his powers, and we had to set some restrictions (such as preventing movement while playing) to make it work correctly. Design is an ongoing iterative process as things like this come back to you, and one must be ready to adapt those designs accordingly as problems arise.

That’s it for now, though I’ll part with a few shots of some of our more fearsome foes… just to give you an idea of what you’re getting yourself into. Good luck out there, you might need it! 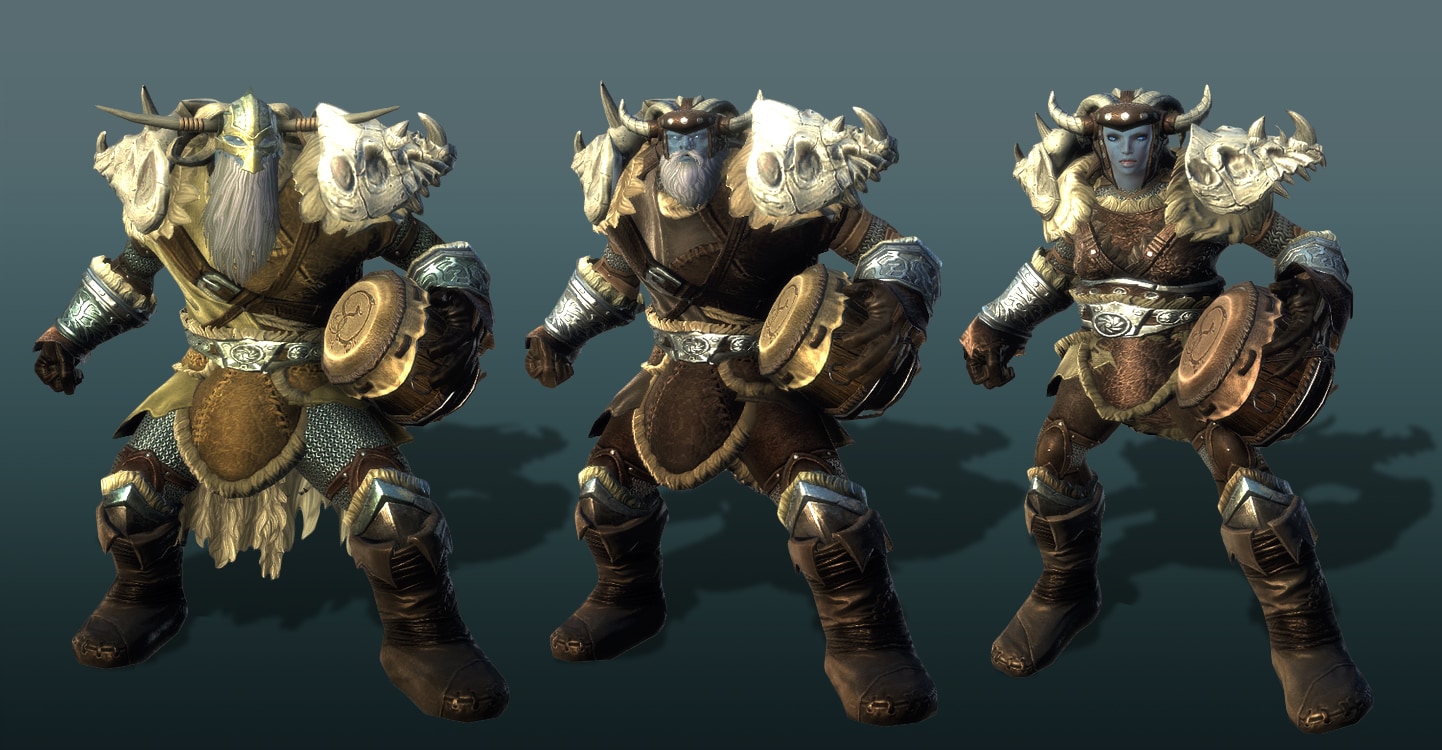