"Calm Amidst the Storm" 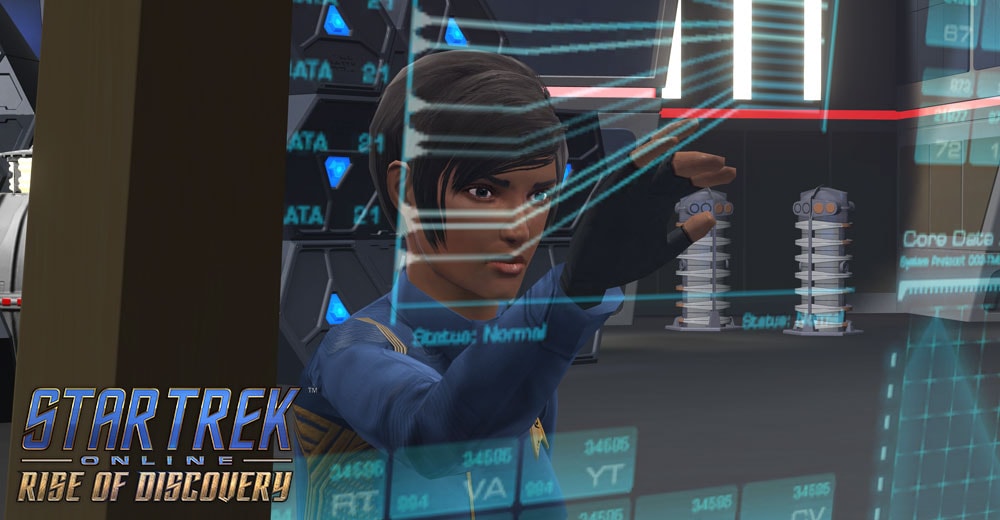 A trio of chirps stole Lieutenant Commander Amna Patel’s attention away from a pair of senior security officers and her own data pad. She excused herself and stepped out of the busy shuttle bay where hundreds of Starfleet Security personnel were mustered and boarding shuttlecraft bound for the Conestoga-class transports. Patel removed her communicator and, with a flick of the wrist, initiated contact with the person on the other end of the transmission.

Her communicator crackled noisily; there was always so much cross traffic during a major operation like this, and it usually took its toll on the comms network. Despite this, Amna smiled at the voice of Commander Ellen Landry on the other end. For a moment her thoughts drifted to happier futures than the one looming in the immediate.

The communicator crackled again. “Patel, this is Landry, do you read?”

“This is Patel. I read you, Commander. We’re finishing up here, and… unless I’m mistaken, we’re seven minutes ahead of schedule. Is there a complication?” Patel turned to survey the shuttle bay from the control room she had withdrawn to in order to avoid the excessive noise. Perhaps she’d missed something?

There was a pause long enough for Patel to take her eyes off of a shuttlecraft lazily making its way out of the bay and examine her communicator. Perhaps comms had finally given up the ghost. But the reply came back, this time a bit softer.

“Wanted to hear your voice. Me too, Ellen.”

There was a shared silence. Both women broke it and talked over each other. Then they shared a laugh.

“We always do that.”

“Amna” Ellen started again, “We won’t have any time to be anything but professional once you’re back aboard. So I just wanted to say…”

Amna cut her off before she could say it. “Ellen, I want to hear those words so badly right now, but you know that’s bad luck.”

“And I don’t believe in luck,” countered Ellen’s voice, pitching high as the comms started to strain again. “So suck it up and let me say I love you.”

Amna exhaled and smiled, the stress of the last few days seeming to vanish at those words. “I love you too, Ellen.”

“Always” the two women said together.

Another blissful pause. The silence was just as good. It was content. It drew out the moment, the thoughts, and the emotion in a way that words always failed to do justice.

Just as that silence had reached its limit, Ellen broke it. Her tone shifted in that particular way when she was no longer alone, “We’ll see you back on the Buran soon, Lieutenant Commander.”

Amna rolled her eyes as she was snapped back into the present and professionalism rushed back into her mind like a peal of thunder. “Aye, Commander. Tell the Captain I’m on my way. Patel, out.”

She flipped the communicator closed, straightened her uniform, and moved toward the transporter room. Her steps grew swifter as a happy idea formed; maybe Ellen was seven minutes ahead of schedule too.