Utopia Planetia: The Mystery of Yard 39 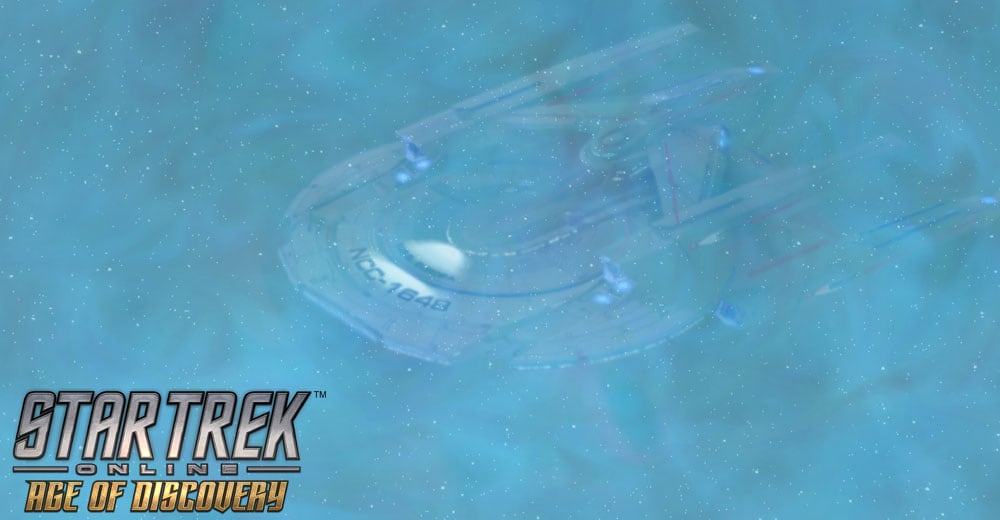 “So, Elyos, are you going to finish your champagne, or…”

The young Deltan ensign let out a startled yelp and looked away from a large astrographic plot to see his colleague, Lt. Whetu, standing behind him. In her hands was his neglected champagne flute, precariously balanced over his shoulder - and his immaculate white dress uniform.

He cleared his throat and glanced ruefully at her, then at the glass. She apologize and stepped back, helping herself to a sip of the sparkling wine. She smiled. This was the real stuff, not the syntheholic approximation standard issue to serving Starfleet officers. No, for special occasions like today, tradition held that real champagne be served.

“Sorry, but finder’s keepers,” she said, and winked as she took another sip.

“Exactly,” he replied with an uncharacteristically mischievous grin, and turned back to the plot. “Take a look at this.”

She set the glass down and leaned forward again, examining the amorphous shapes and clouds of numbers dancing in the air.

“I don’t get it. This is a radiological plot of the Tellar Sector. Why would you abandon the Narendra’s commissioning party for a… weather report?”

“Yes, yes, not very polite I know. But here, look closer.” He tapped a few keys on his PADD and the display zoomed in on a star labeled TL-9139.

“TL-9139,” Whetu said softly, “Where have I heard that before… Her eyes glazed over as she tried to remember, and then refocused to a starship model on Elyos’ desk. After a moment she exclaimed, “Yard 39!”

Elyos nodded. “Correct. Almost a hundred starship hulls, abandoned in 2259 when a freak eruption from the local star flooded the area with Baryon radiation. The whole system had to be evacuated in under a week, and has sat undisturbed since.”

Whetu stood up straight and grabbed her pilfered champagne glass, taking another sip. “Yeah, because that eruption never stopped. Over a century later and the baryon radiation will cook anyone crazy enough to go there, no matter what kind of shielding their ship has.”

Elyos stood from his desk and grabbed the glass from Whetu, who stepped back, a little startled at the Deltan’s uncharacteristic vigor. He took a sip of his own and smiled. “This why it’s important to read the weather, Lieutenant!”

With his other hand he brought up a time-lapse plot of the radiation levels and Whetu noticed that they appeared to be dropping sharply. Elyos continued, “these numbers are only a few days old, and they’re still falling. It looks like the eruption is finally abating, and it should be safe to travel to TL-9139 in a few weeks.”

“Well, that’s great and all,” Whetu replied, “but even if you go back there, it’s a bunch of derelict hulls from 150 years ago. Not something to spill champagne over…” She swiped at the glass in his hand, but he reared it away from her and scolded her with his other hand.

“Not something to… I’m surprised at you Lieutenant!” his eyes glowed in a way that Whetu had rarely seen in the younger Deltan, and her own expresion betrayed amusement as he continued passionately, “Yard 39 was a major repair yard during the heady days of the 23rd century! This was the age of Montgomery Scott! Starfleet was growing rapidly amidst a mysterious galaxy that had barely been explored! My people joined the Federation around this time, and my great great great grandmother was one of the first Deltans in Starfleet…”

Whetu nodded and motioned for him to get on with it. “All of that’s true, but there’s not going to be anything there we haven’t had to take apart and reassemble fifty times since our engineering quals.”

He took a final swig from the champagne and shook his head. “No, no, no! You don’t remember what was there, do you?” He set down the empty glass and typed a few keys. A new window appeared, showing a table of starships present at Yard 39 along with their class and other statistics. “Yes, this is all 23rd century tech, but look at this manifest. Look at the class names!”

“Elyos, don’t tell me this is all about square nacelles,” Whetu shook her head incredulously. “Sure, these designs were pioneering for their time, but all of that tech is obsolete or has already seen heavy iteration.”

The Deltan manipulated the schematic to focus on the Nimitz’ nacelles. “Not just square nacelles, no. But remember your history. The Eaves/Beyer drive configuration fell out of favor for more conservative Cochrane/Archer type coils through new construction in the 2260s. Part of this was due to how many of these ships were lost in the Klingon War and the subsequent evacuation of Yard 39.”

Whetu nodded. “Which is why so few of them made it into the fleet-wide modernization programs of the 2280s, and none made it to see service in the 24th century. If these ships are still there, and somehow they were spaceworthy, it would certainly be an impressive historical find… but we’re engineers, not historians. Soooo, why do you care?”

Elyos smiled. “Like you said, ‘finders keepers.’ If we can be in the first engineering crew to survey what’s there, we can have our pick of examples to evaluate and re-examine. There will be papers, and conferences, and journals, I’m sure Jayce’s will do an article…”

The human rolled her eyes. “Be still my beating heart. Nothing I wanted to do more with my engineering degrees than write more papers.”

Elyos turned around to the schematic. “Well, *I* can write the papers. But look at this. If you’re interested in being an engineer, this is still a good opportunity. Look closer at how the Nimitz’ GNDN relays are spliced into both the EPS gird and the shield emitters.”

She leaned closer and furrowed her brow. “That’s crazy. There’s no way that… but with the bi-resonance dilithium chamber they could set some sort of networked hazardous energy dissipation system between allied starships…”

The Deltan’s smile widened as his colleague grabbed a chair next to him and pulled up her own console. “You know,” he said, “you were right, a lot of these technologies are obsolete, but many of them are still around. Now that Narendra is on her way, we’ve got the Next Big Thing to worry about, and think there’s something to learn from these old ships…”

Whetu nodded. “Yeah… As an old net withers, another is remade.”

“Huh?” Elyos muttered, turning towards her as she kept typing furiously.

“Oh, it’s just a saying where I’m from. It just means that the old should always make way for the new.”

“Indeed… and even inspire it,” he replied, turning back to his console. “Now, look at the EPS distribution net. I think they needed the four-nacelle layout to regulate the warp field in tandem with the output required to…”

The two kept working late into the night, long after the party down the hall had ended and all the champagne had been drunk.