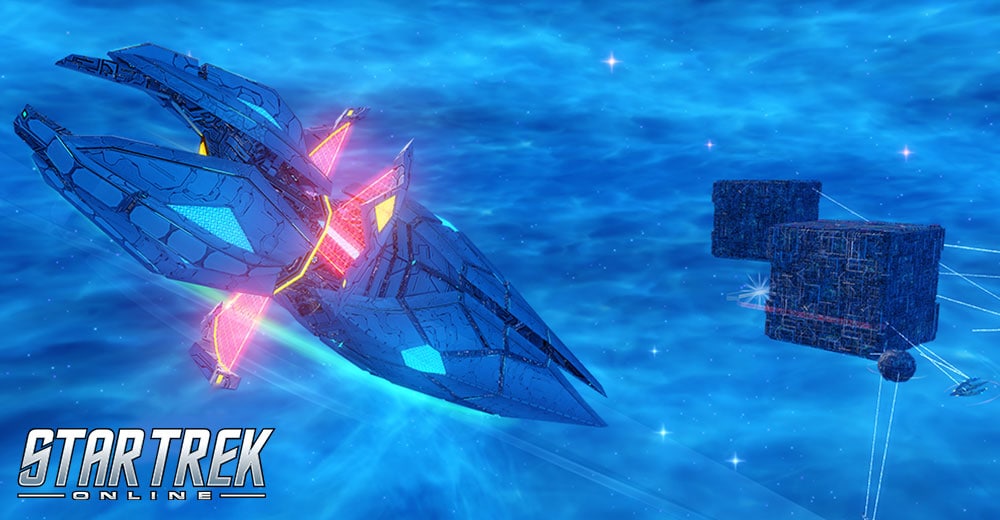 The Tholian Red Alert will be available for PC Captains level 50 and up from Thursday, October 18th at 8am PT to Monday, October 22nd at 10am PT (Romulan players must have selected a faction). Players will be directed to an alert when a Tholian fleet appears in Sector space. Simply travel to the Tholian ship and select it to queue for the event!