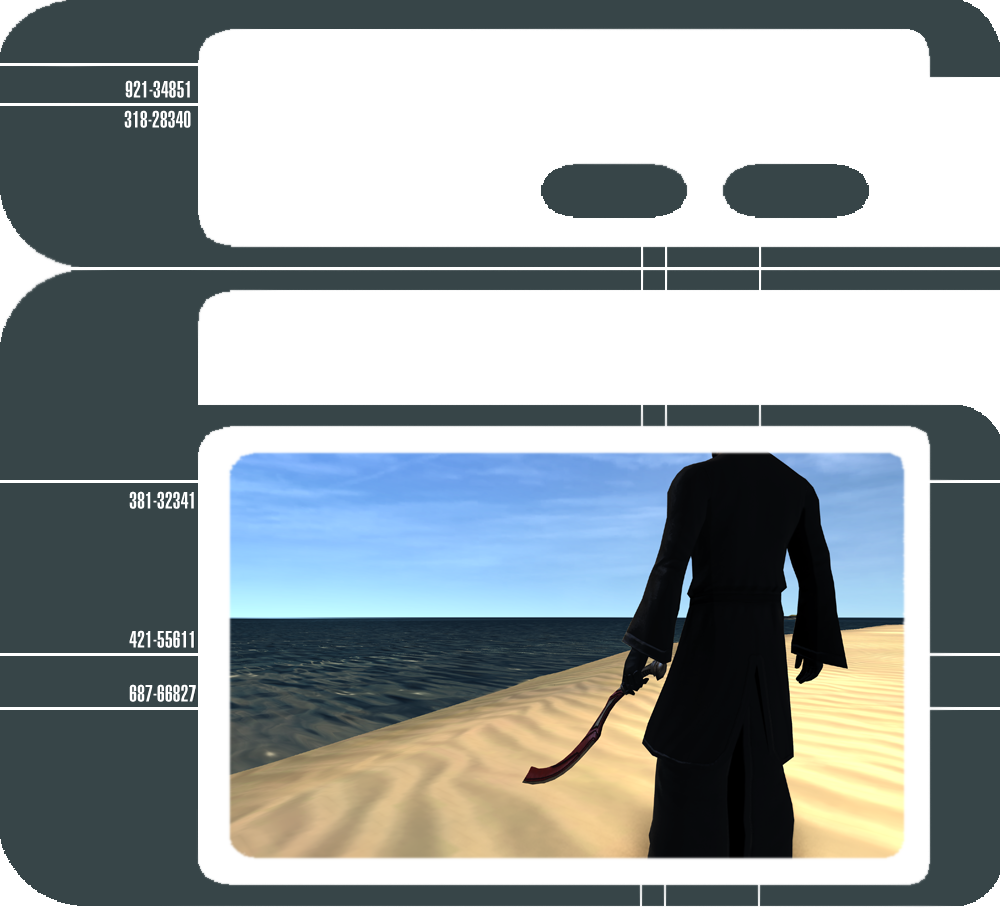 Teadhu sat in his desk waiting for class to start. He unconsciously brushed his hands through his short, auburn hair, unable to control his nervous excitement. The teacher, Professor Maureana Barkley, was a renowned scholar in temporal mechanics and was currently visiting for the semester. Technically this class was graduate level, but Teadhu had obtained a special dispensation from the dean to attend the course. No mean feat, considering his Krenim ancestry. Although it had been several centuries since the conflict with Noye’s Krenim, people of Krenim ancestry were still regarded suspiciously, especially when they showed a keen interest in temporal mechanics.

Most advanced physics professors Teadhu had encountered had been sort of rumpled, absent-minded geniuses. But Professor Barkley was just the opposite. Her smart outfit was perfectly tailored, her hair coiffed, her makeup subtle but flawless. Her shoes clicked on the tile floor as she walked up to the podium in front of the class.

She projected a holoimage of a wide, slow moving river. “This is the classical view of time. Flowing in a single direction from past to present, inexorably onwards. I call this the geocentric model, with our shared consensus timeline at the center. Any deviations to the timeline are corrected, seemingly by the inertia of the timestream itself.”

“But, recent advances in temporal mechanics have revealed a quite different model,” the professor brought up another image, a time-lapse of a river delta flowing into the ocean, a million channels splitting and merging, ever shifting. As the class watched, the tide rose and washed away the channels cut into the silt by the fresh water. Then as the tide flowed out again, it revealed a smoothed plain of silt and sand, and an entirely new series of channels were carved by the water flowing to the sea.

“We now understand that the timestream does not recognize any primacy. Much like the Ptolemaic model, our early models of time placed us at the center because of our own arrogance. But the science shows that no timeline is `pure’. The history that we have agreed on is simply consensus. Even that timeline has been manipulated by countless hands to create the fragile bubble we call history. Assiduously defended, of course, by our friends the temporal agents. But is this right? Is this moral? The Temporal Accords suggest a `correct’ timeline. But this is a political decision, not a scientific one.”

“Sometimes people attempt to redirect the flows of time. In these cases, time appears to sometimes eddy, or pool. This in turn alters the flow of subsequent channels, strengthening some and weakening others. The important thing to understand here is that while we are experiencing a consensus timeline that we call reality, or history, or even the future (which is already decided, but that is a topic for a future lecture), those alternative flows exists in a potential state alongside our own, and it is only the collapse of the temporal waveform by observation by a conscious being that creates this effect we call history, much like the  von Neumann–Wigner interpretation of quantum mechanics.”

“This underlies our nascent technologies of temporal shielding. By isolating a temporal field, we can insulate a given consciousness or object from shifts in the timeline that would alter that person or object.”

“Unlike the delta in the hologram, these channels are not washed away. All these alternate flows leave an imprint in the fabric of time. An imprint that can be perceived, and in some cases measured.”

Suddenly, a temporal agent beamed into the lecture hall. “Apologies for the interruption. Professor, a word?”

“Captain Walker,” said the professor, clearly irritated by the interruption. “Since you’ve already taken this class, I assume you are here on official business.”

“Indeed. It won’t take but a moment.”

Nodding, Barkley turned to face her students. “Just a moment, class,” she said tersely as she stepped away from the podium. She exchanged a few quick words with her uninvited guest, and then returned to the podium.

“I apologize, but an urgent matter has arisen that needs my attention. But it also presents an excellent learning opportunity. A species called the Na’kuhl developed a form of ‘stealth’ time travel in the 27th century. They sent a number of operatives to the past to alter history in an attempt to thwart the Federation.”

“For your homework, I would like you to locate and document one of these attempts. Describe the original flow of time, the change the Na’kuhl attempted to make, and the eventual outcome.”

The professor then beamed out with the temporal agent.

The other students glanced at each other, stunned by the turn of events. But Teadhu quickly gathered up his belongings and hurried to the Holoarchives.

In the Archives, he summoned up a holomodel of the timestream, with its flowing and branching streams of colored light.

“Computer, mark the locations of known Na’kuhl temporal incursions.” Blips began to light up across the model, indicating times the Na’kuhl attempted to alter the timelines, and their corrections. Large blips showed up around Earth’s Second World War and around the Enterprise NX-01 era. Smaller blips showed throughout history.

Teadhu looked at the various known points, but none of them interested him. This was all well-charted territory. He wanted desperately, he realized, to discover something new. To find an incursion nobody else had discovered.

But this was impossible. Although the Na’kuhl had traveled back in time via stealth, any changes they made to the timestream would be noticed and ultimately corrected.

But, he began to wonder, what if they weren’t all successful in changing the timestream? Or not changing it sufficiently to achieve their aims? Could there be a “lost” Na’kuhl, prevented from completing his mission by forces in history themselves? And how would we ever know?

Teashu thought about what the Professor said about changes in the timestream leaving imprints that could be read, and measured. Perhaps one of the Na’kuhl had traveled back but the changes were not sufficient to alter the flow of history. But if the professor was correct, there should be a tiny localized eddy related to the changes the Na’kuhl did make. Perhaps the computer could be calibrated to scan for such occurrences.

He began his calculations.

Daesk slipped into the rivers of the Nile under the cover of night. She swam easily up to the largest boat in the flotilla. She climbed up the side of the boat, flipping on her distortion field to hide her from any prying eyes.

Fortunately, she was able to avoid detection as she found her way to Hadrian’s cabin. For an emperor, he slept in surprisingly spartan surroundings. She disabled the single guard at the door to his cabin, lowering him gently to the ground.

She eased the cabin door open. The wood scraped on the floor, but she saw no stirring from the forms in the bed.

She raised her rifle and took aim at the larger form on the bed. Just as she was about to squeeze the trigger, the smaller form leapt out of the bed at her, tackling her to the ground in an impressive leap. Her weapon discharged, directly into the chest of the Greek youth atop her. He flew back into a seated position for a moment, his youthful beardless face registered shock and amazement. He looked down at the large hole in his chest, and slumped to the floor.

Hadrian had risen from the bed, and having seen the damage to his favorite, struggled with her for her weapon. “Empusa!” he shouted.

Two sailors came bursting in the room at the noise and helped Hadrian disarm and secure her. They bound her with rope.

As soon as she was secure, Hadrian bent over his favorite, Antinous. “You, who made my life complete, have now saved it. The world shall know your name,” as he wept over the cooling corpse.

“Emperor, what shall we do with this creature?”

“She can only be the spawn of Hecate. So back to Hecate she must go. She must be sacrificed, at midnight, at the crossroads. And none can ever know of the events of this night. It can never be learned that such a beast made an attempt on my life.”

“I am most impressed. You have a bright future ahead of you in temporal mechanics.”

“Thank you, Professor, I am honored.”

“What is your fidelity percentage on this recording?”

“Well, only 64%, currently. I am trying to increase it. But most of the uncertainty is related to specifics of locations and such.”

“Indeed. And do you have any theories as to the motive of this Daesk?”

“Only conjecture at this point, professor. But I believe she was trying to alter the event called the Bar Kokhba revolt. A people called the Jews revolted against their rulers, the Romans, of whom Hadrian was the emperor, just a couple years after this event. Hadrian defeated them and erased their country, called Judea or Israel, replacing it with a new one called Syrian Palestine. This general area was contested by at least three ancient Earth religions, and it became an intense source of conflict for the next two millennia. The ultimate resolution of these conflicts set the stage for the larger accords that united Earth after Zefram Cochrane’s experiment.”

The Professor looked impressed, “Have you given any thought to your graduate studies?”

“That’s good,” she said, “Because I just happen to be in need of a new research assistant.”