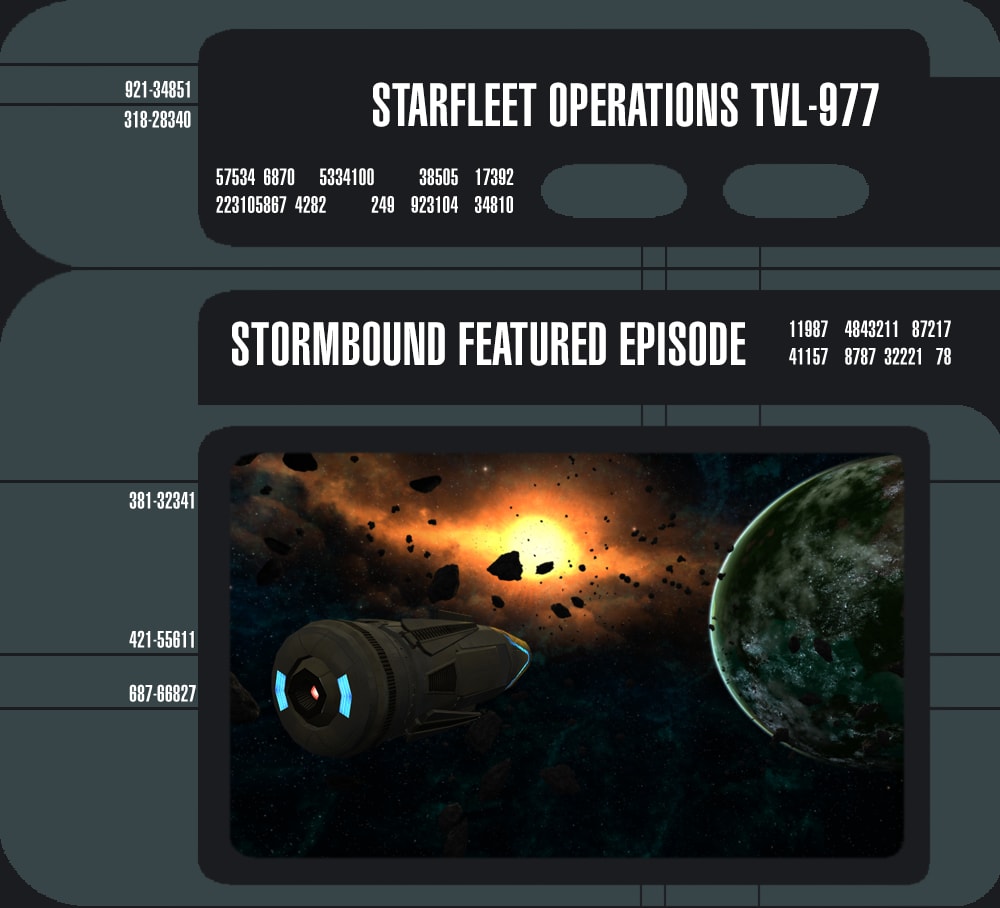 “If I had known how much trouble it would cause, I never would have made the damn thing in the first place. I’ve been chased across the galaxy and across time by the Vorgons, whoever hired them, and whoever else they hired. I’m tired of running.

And now my worst fears have been realized. The quantum phase inhibitor has been stolen.

The Tholians lured me here, to Lukari in the 25th century, apparently with the intention of stealing the device. They call it the Tox Uthat. I guess it’s a more impressive name than “quantum phase inhibitor”, but also more sinister.

How did they even know about it in the first place? And why lure me to 2410? They could have led me anywhen. Could they have been the ones who hired the Vorgons? It doesn’t seem like the Tholians to hire other people for their dirty work.

I can’t allow them to keep the device, much less use it. The destruction they could cause with the inhibitor is limitless.

But if I do manage to get it back, how can I keep it from falling into the wrong hands? I’ve got to hide it somewhere. Somewhen, maybe. Somewhere and somewhen they will not think to look. But they have dogged me every step of the way.

Lately I’ve had this horrible premonition that I don’t have much time left. And premonitions, for time travelers, are bad news. I think it was something Daniels said, or maybe just a certain sadness in his eyes. But either way it felt like he was saying goodbye. And now I fear this jaunt through time might be my last.

I hope it’s just paranoia from constantly looking over my shoulder. Or maybe it’s the early stages of temporal psychosis. I’ve certainly urged a case.

But my gut says it’s neither of these things. That my remaining time is running out. Well, if I’m going out, I’ll be damned if I will let the destructive power of the Tox Uthat be my legacy to the galaxy. I make this vow: I will stop the Tholians and retrieve the device if it’s the last thing I do.”

In just a couple weeks, enjoy our latest featured episode, “Stormbound”! Continuing the story of Kal Dano and the Tox Uthat in Sunrise, Stormbound will take you across time in an effort to save a civilization from the Tholians and recover a weapon that could upset the balance of the galaxy. “Stormbound” continues our new season and our new story, and includes great rewards that you can earn over the course of several weeks.

Do you Believe in a No Win Scenario?
Face the toughest tests that Starfleet and the Klingon Empire can muster, and get access to two new ships with epic Admiralty Cards, and progress in our Event Campaign 2!
Read more
PC Patch Notes for 5/28/20
Check out all the exciting changes coming to Star Trek Online in our latest patch notes!
Read more
Bonus Dilithium Week!
Captains on PC can earn Bonus Dilithium this week!
Read more