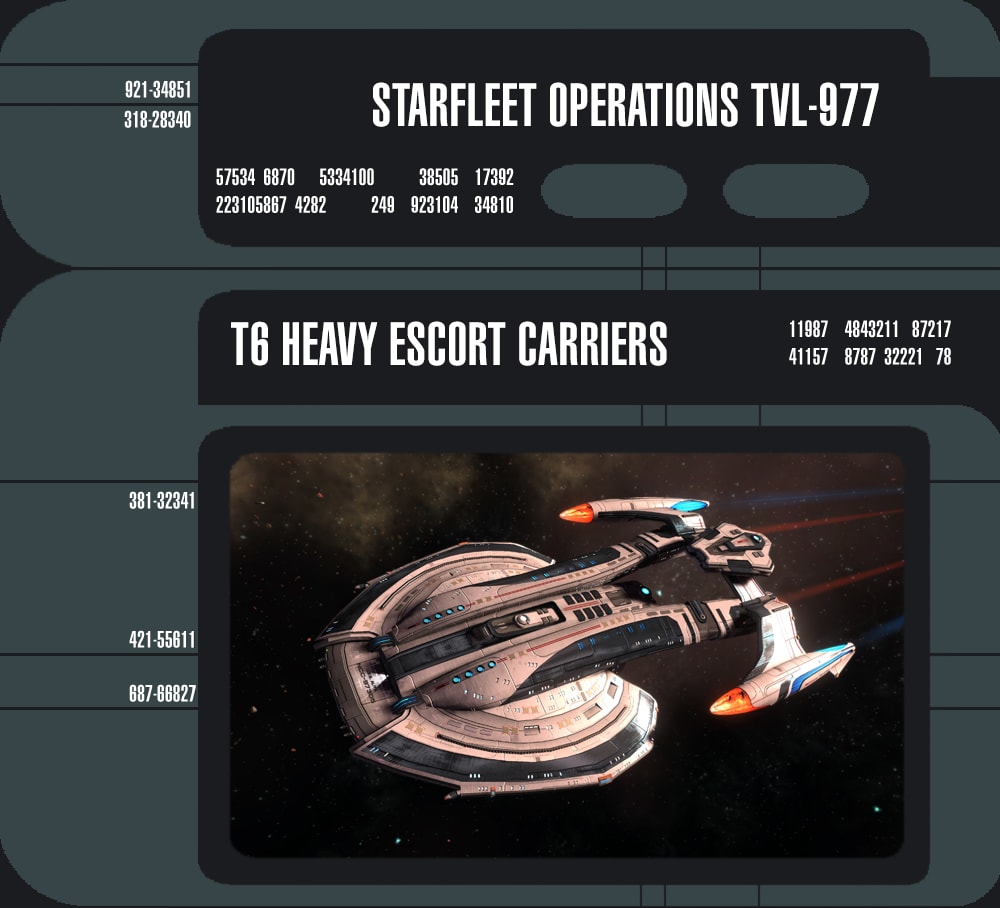 We’re excited to announce three new Tier 6 Heavy Escort Carrier starships. The first is an enhanced version of the Tier 5 Armitage Heavy Escort Carrier, called the Alita Class Heavy Escort Carrier [T6]. This starship is available at Vice Admiral rank. The second is an all new Klingon Raptor called the Qa’Tel Flight Deck Raptor [T6]. Much like the Alita Class, it features everything you’d expect from a Klingon Raptor and it includes a single hangar bay and is available at Lieutenant General rank. Lastly we have the Jhu’ael Tactical Carrier Warbird [T6]. This starship is an upgraded version of the Tier 5 Ar’kif Tactical Carrier Warbird Retrofit and is available to Vice Admiral Romulan captains. Like our previous cross faction bundles, all three of these new ships have been given a 2410 visual update.

All three of these new Tier 6 starships come equipped with a Destabilized Tachyon Emitters universal console. When activated, this console will emit a devastating burst of tachyon radiation that will deal instant heavy shield damage to foes with 5km. Affected foes will also suffer shield damage over time and have their shield hardness reduced for a short time.

In addition, each of these starships can unlock the Coordinated Assault starship trait by achieving level 5 in their Starship Mastery. While this starship trait is slotted and you activate Beam: Overload I, II or III you will allow your pets to use Beam: Overload I. Using Cannon: Rapid Fire I, II or III will allow your pets to use Cannon: Rapid Fire I. NOTE: Your pets must have weapons that are compatible with these attack upgrades in order to benefit from this starship trait.

These starships are all available in the C-store individually or they can be found packaged together in the T6 Cross Faction Escort Carrier Bundle.