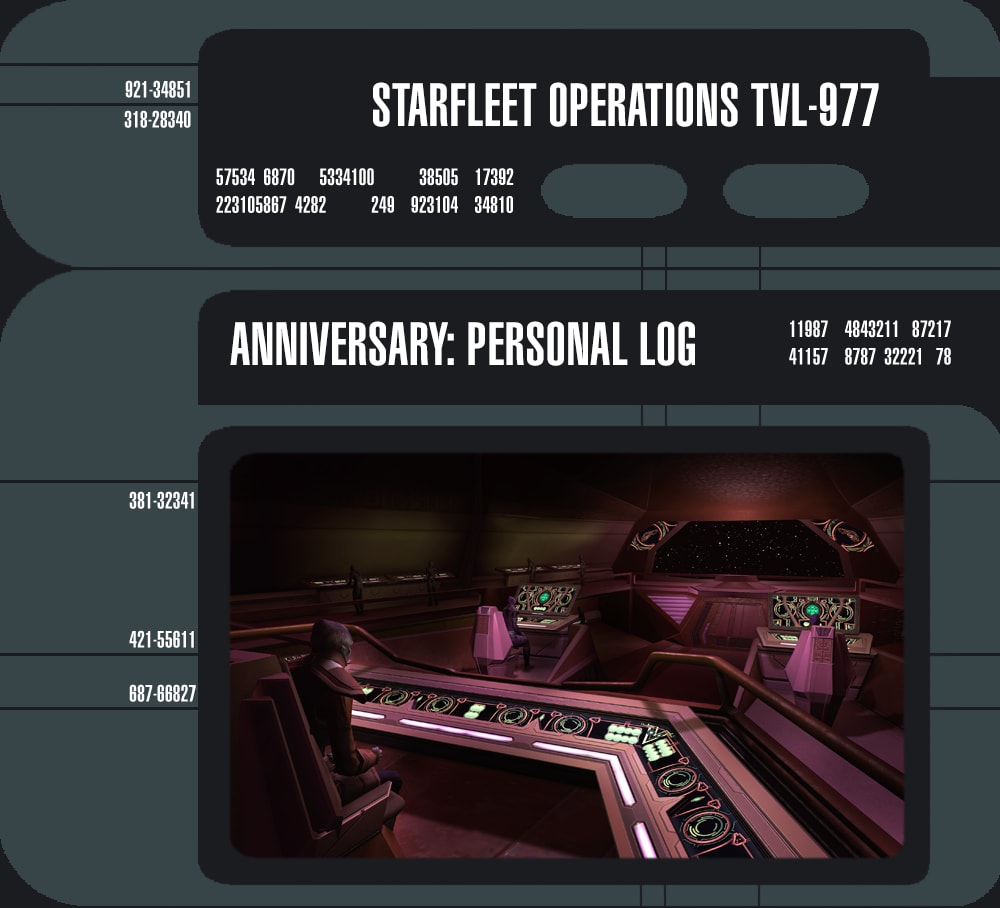 Hanchon’s Log, Fifth Day of the Month of Giving

Final testing of the Samsar is progressing as expected. We’re still having some trouble with the plasma relays, half the EPS conduits are down and my engineers absolutely refuse to have anything to do with those Federation replicators, but those are all problems that can be successfully resolved.

Captain Kim is returning to the system in three days. I’ll ask him to send over a team to deal with the replicator issue.

My people are a spacefaring species. We are accustomed to building and maintaining a fleet. We did so without support for decades before we settled on this world, and we will continue to send out survey ships, trading expeditions, and, most importantly, the collection vessels which allow us to continue our species.

The collection vessels will be more important than ever now. We’ve lost so many, and replacing them with those in the Temple is now no longer as straightforward a choice as I once thought.

But the Kobali are not warriors. This conflict has forced us into those roles, and it is an uncomfortable fit at best.

The Samsar is the first of our warships. A cruiser designed for defense with the help of our friends from the alliance, it is unique for a Kobali vessel. The Regenerative Integrity Field will help us greatly during an attack, but it is not the ship that concerns me.

It is her crew.

My people are a gentle race. Kind. Compassionate. When they are confronted by an enemy, their first response is not to fight. Our friends have helped us in this regard, but … the Alpha Quadrant must be a very dangerous place. As friendly and accommodating as the officers from the alliance are, they are … harder than we are. It is to their advantage, as they have been able to do much we could not, but I do not know if I would ever wish to be like them.

This war has taken much out of my people. I pray it does not harden our hearts as well.