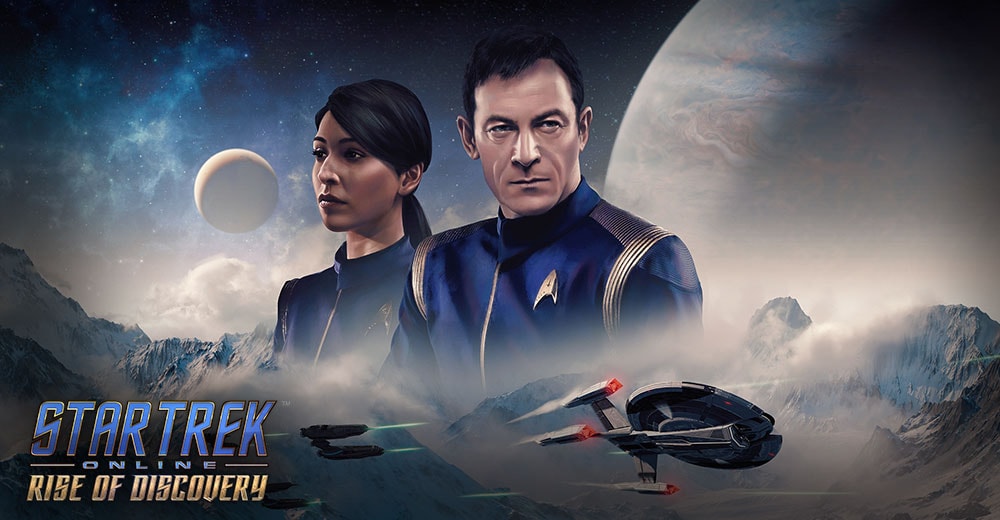 We’re happy to announce that the next major update to Star Trek Online, Rise of Discovery, is coming to PC on May 14th, and to Xbox One and Playstation 4 this summer. This brand new update will be lead by two alumni of Star Trek: Discovery: Rehka Sharma, and Jason Isaacs, as Commander Ellen Landry and Captain Gabriel Lorca. This new adventure will feature two new episodes that show Captains the fate of the U.S.S. Buran, and the past of these two fascinating characters, before Captain Lorca took command of the U.S.S. Discovery.

But that’s not all. As part of this major update, we’ll be releasing the brand new Discovery Legends Reputation. Players will be able to earn new Discovery marks from the returning TFOs “Operation: Riposte,” “Peril over Pahvo,” and “Pahvo Dissension,” which they can apply towards two new space sets, a new ground set, new kit modules, new traits, and a new costume. And for the first time, all of our T6 Starships will become scaling ships, meaning that you can fly the most powerful ships in the game at any level, and they will become more powerful as you do.