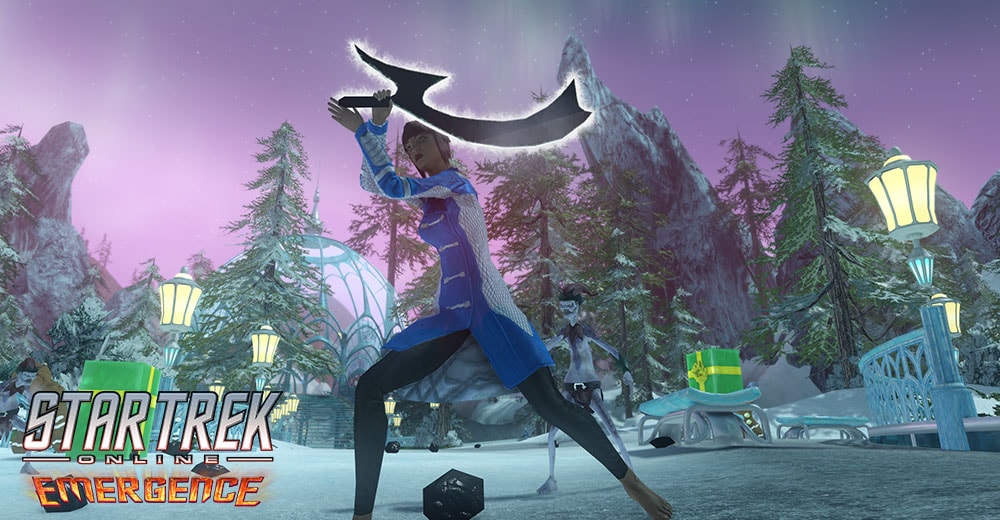 It’s that time again for Q to open the doors to the most magnificent Winter Wonderland that has ever existed. Per tradition, the residents of Q’s universe have built new and wonderful prizes for captains to earn by participating in their annual festivities.

Many new trinkets, costumes and other prizes are being added to the Winter Event Store. Once the store is unlocked, players may use the same Ornaments from prior years as currency to trade for all of the new prizes. 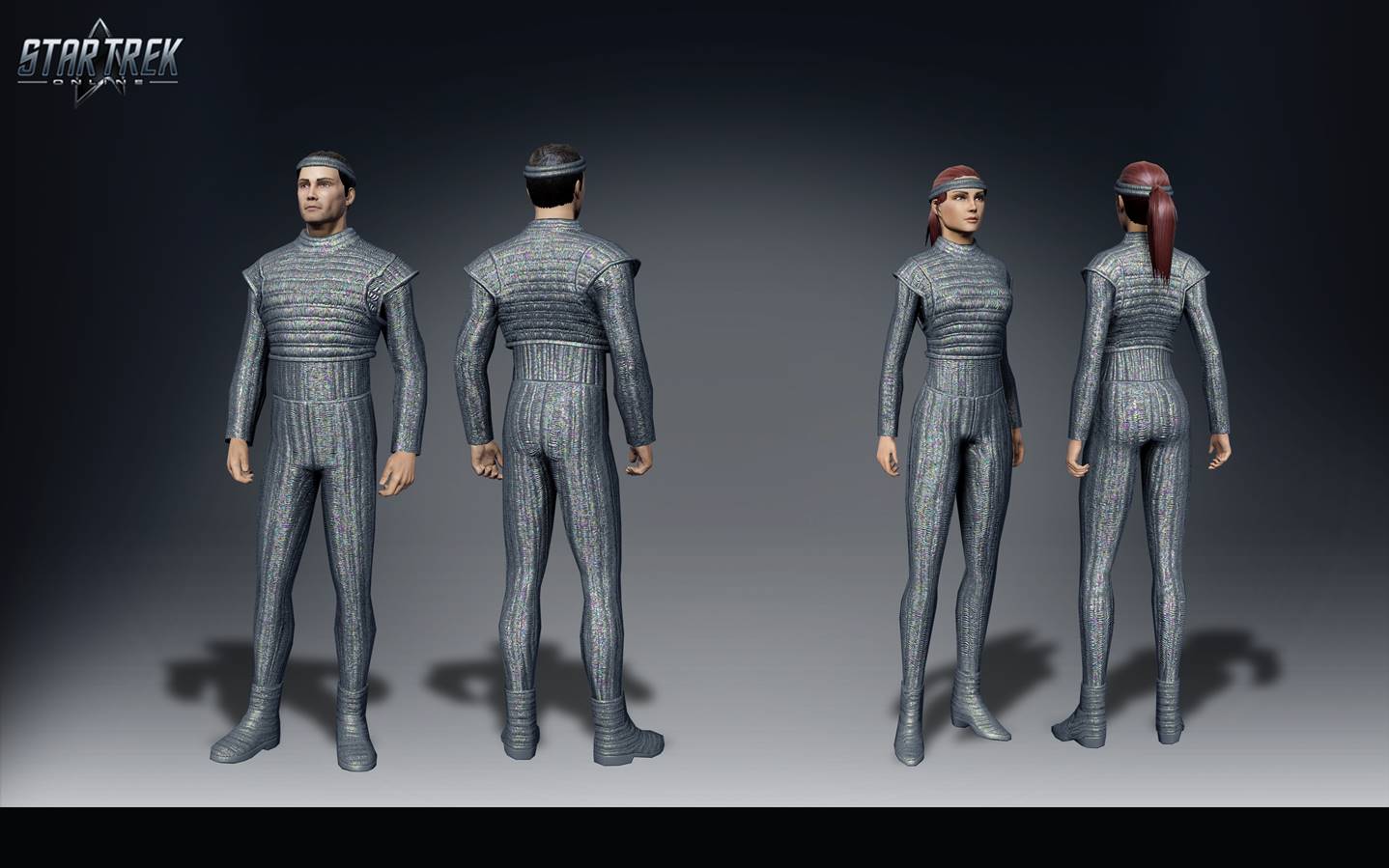 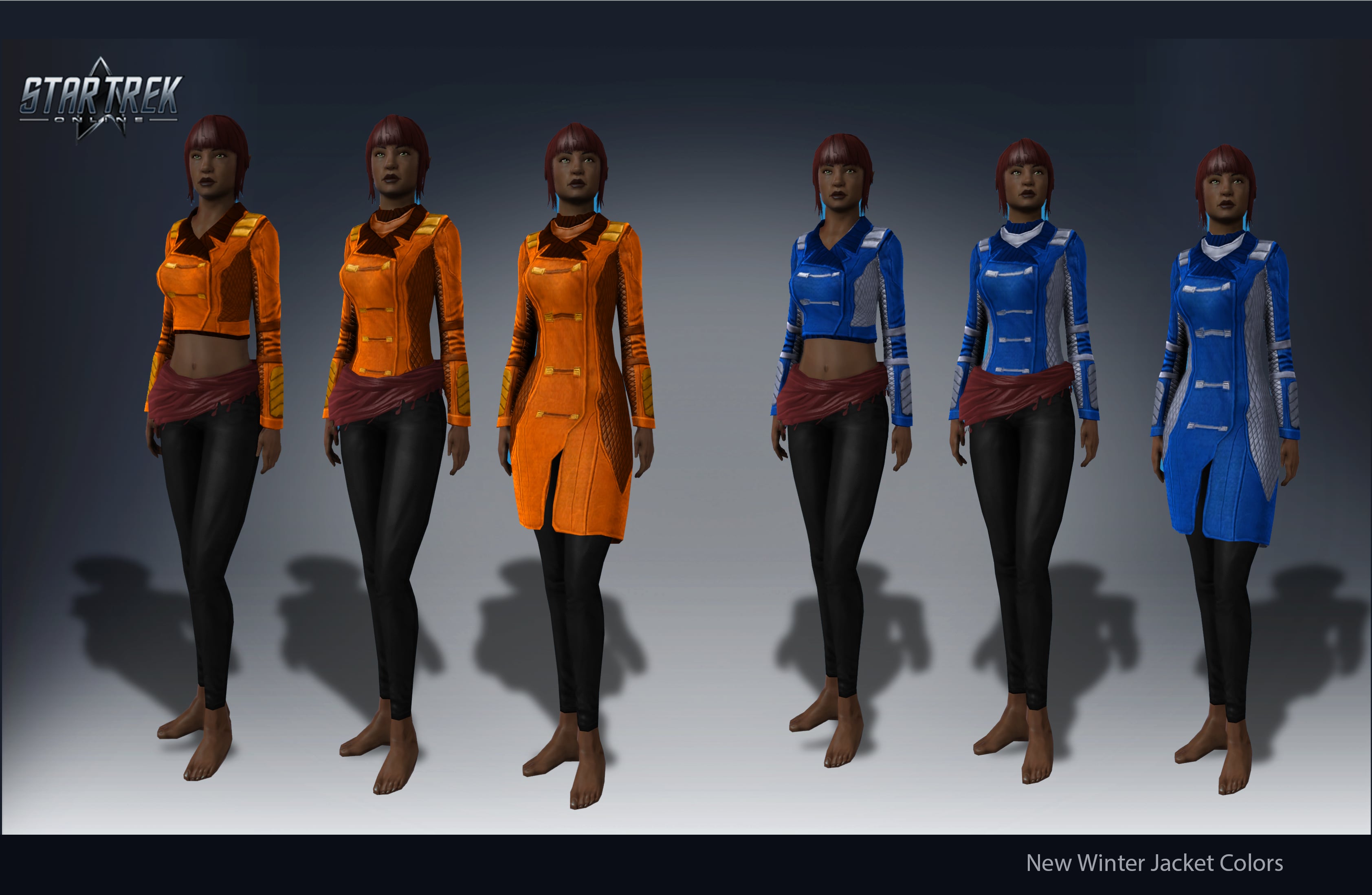 Like several years prior, snow continues to be cold. Winter Jackets have been proven time and time again as the best way to stay warm, and two hot new fashions are now available for purchase! Plus, for those of you who want to ski in the newest holodeck simulations, this winter skiing outfit is for you. (Click on the right side of the images above to scroll through.)

Hostile creatures within the Winter Wonderland will tremble at the sight of your new Black Nanopulse Mek’leth just as soon as you buy it! Be sure to pick one up from the holiday vendor.

If you find your tastes are more squarely centered on launching air-propelled foam darts from a gun, then the “Unrestricted Aggression” is the weapon for you. Minor modifications have been made to an original Earthling concept, resulting in the removal of a bothersome restrictor plate that was decreasing the velocity of the foam darts for some unfathomable reason.

Have you ever wanted to freeze your enemy in a block of ice with just a wrathful glare? With the help of some very cooperative Breen scientists and engineers, now you can! Just equip your new Universal Cryo Visor Kit Module, and get to glaring! This Kit Module is only usable outside of the Winter Wonderland.

Expect a blog soon on the terrifying Breen Plesh Tral Heavy Raider [T6]! The Lobi Crystal Consortium’s top engineers have been hard at work taking this vessel and giving it a complete overhaul to make it ready for captains to fly. A Dev Blog containing full stats and descriptions will be published separately, so keep your eyes open for it!

This year, players will claim the wonderful new starship by collecting Winter Prize Vouchers (2017) and using them to complete the new Event Reputation Project. Winter Prize Vouchers are available from completing The Fastest Race on Ice while the event is running, or from visiting the Lobi Crystal Store to purchase them from the Lobi Crystal Consortium.

Fleets can also take part in the festivities by completing a new Fleet Project. Once completed, their Starbase can proudly display the 2017 Breen Ship Ornament featuring the Breen Plesh Tral Heavy Raider. (This will appear first on PC, and then in a later Console update.)

Don’t forget to pick up your own Pet Kramp’Ihri! You’re practically guaranteed to enjoy having it even once Q has departed!